First a bit of housekeeping, I'm trying to link my blog to Bloglovin so if you use that to do blog reading, please follow me! 😊

In early 2017 I started seeing a doctor who put me on some weight loss medicine and metformin in order to help me lose weight and because he thought I was likely suffering from PCOS. I don't agree with this diagnosis necessarily and I also don't want to go back to using that medicine. In April I went to visit my friend Beth Anne for her wedding! We "met" on Twitter and have been close for like 6 years already! That's crazy! Anyway her wedding was amazing and I loved getting to be a part of that! 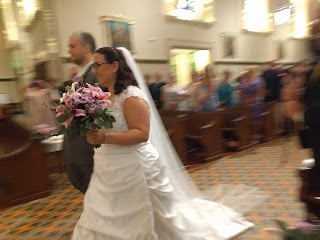 I was being a bit of a tourist and one of the places I visited was the Mission Grounds with the Shrine of Our Lady of La Leche  I said a lot of special prayers for pregnancy and birth. As well for all the mothers I know! 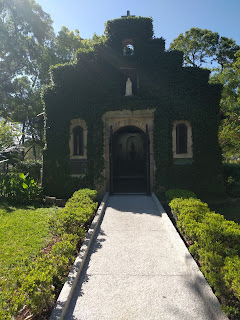 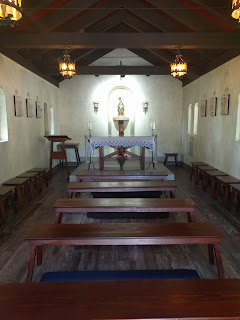 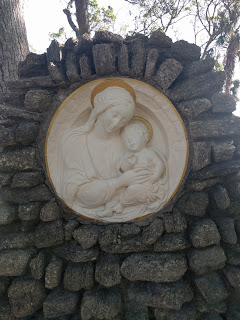 I also met one of Beth Anne's friends who promised to pray for me at the Mission as well. After that we had a relics tour visit our parish and I was able to visit and touch many of the relics. Specifically I touched my rosaries to St. Philomena who is a patroness of infertility. There was even pieces of the True Cross and I was able to be near them and pray very specifically for the intention of my infertility and for the acceptance of God's will. Wouldn't you know it? That month I got pregnant!

In the summer I had a decent pregnancy, just fatigue and nausea and nothing too crazy. I even went to a concert of my favorite band, with a shirt that my awesome husband made for me! 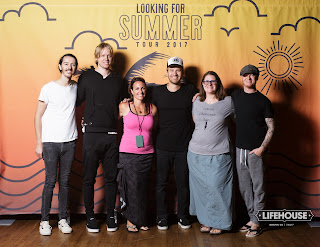 At about 23 weeks, as I mentioned yesterday, I started to really struggle in the pregnancy. I went for contractions that were stopped with meds on the OB unit. That started my bed rest. It was pretty modified at first, I just didn't do too much extra stuff, but still drove myself around and did school with the boys among other things. Pretty soon though, the contractions were getting really bad and that resulted in a trip to the OB unit which ended with a flight for life to Memorial Hospital in Colorado Springs. They thought my water had broken so they didn't have much choice but to get me out of there. Thankfully my water hadn't broken and about this time the doctors agreed that being less mobile was better for me. Even though bed rest isn't typically suggested for pre-term labor anymore, that's what everyone decided was the best for us considering that I'm so far from a hospital that could help if labor was imminent. And although the contractions weren't changing my cervix yet, there was no way to know when/if that would happen. About this time I also switched doctors. For many reasons that I'm not sure I'm interested in getting into here, but I started seeing a doctor an hour away. So that meant that when I was contracting I had to go to the hospital an hour away too. It was tough. My gestational diabetes became tough to control. I think by the end of the pregnancy I was on close to 100 units of insulin a day! That's a LOT! I was so tired of the finger pricks and the injections by the end of the pregnancy. It's interesting to me that a woman can be growing an entire human being in her body and still feel that she's failing because things aren't going perfectly. I don't know if that's a natural tendency or if it's societal or what. But I can tell you that I definitely struggled with feeling like I wasn't "woman enough".

After my blood sugars started going really crazy (I started crashing in the middle of the night), and pre-eclampsia reared it's ugly head (had it with Christopher as well), we decided on delivering at 37 weeks. Pregnancies can be difficult for a lot of reasons. I seemed to have several of those reasons. It was scary to think that if I had to be hospitalized Jason would have to either go on leave or work from home or we'd have to look at getting someone to help with the boys. That is a really scary thing to look at. We had a lot of people offer to help where they could which was amazing. My local friends arranged a meal train and we had a full home cooked meal once a week (Jason also cooked every day!), that was fun! But, Christopher, while he's doing so much better, he's still difficult. His communication is definitely lacking in that he won't necessarily answer specific questions and he's still not potty trained (there will be more on this in my update about him specifically), so that's a lot for other people to handle. Thankfully the doctor let me come home after prescribing extra at home meds to slow down contractions where necessary. 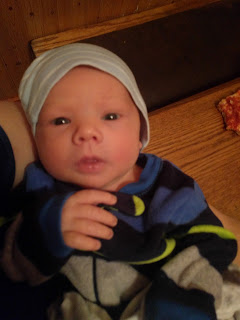 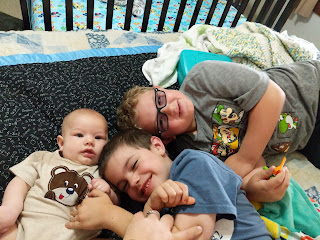 Benedict is such a joy and blessing in our family. We are all loving having him around and can't wait to see his personality develop more and more. He's starting to walk and he talks a ton (not really saying real words, but he's still talking!), and he's just a blast! It's funny to us how different and yet similar he looks to his brothers. I'll leave off this already long post with one last picture, a collage of all 3 boys about the same age! 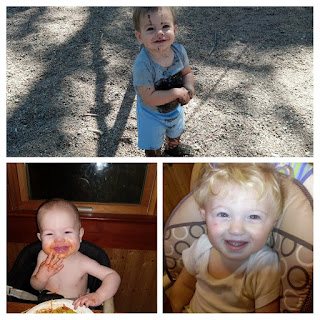 Posted by Jeanine Spano at 1:49 PM