Well hello there in the blogging world! 👋 If you follow me and forgot about it because it's been TWO YEARS since my last post...um..hi! A lot has happened in the Spano world and I'm hoping to give an overview here and then post more frequently in the future and that will include more specific updates. I'm looking to use this space to talk about what it's like to be a stay at home who is terrible at keeping house; being a special needs mom; being a mom of boys (there's a new one! Pictures will be in this post!); being a chronic dieter, and someone who desperately wants to get healthy (but also loves brownies); and most especially what it's like in This Domestic Church. Homeschooling, teaching the Faith, LIVING the Faith, going to Church, and everything else that springs to mind when you hear about a domestic church.

So, some updates. As mentioned above, we have a new baby! In May of 2017 I found out that I was pregnant! About 6 years of trying, and then it happened. My pregnancy was kind of rough, despite having been the healthiest, and in the best shape prior. I had gestational diabetes that required ever increasing levels of insulin. I went into pre-term labor again, just as I had with Christopher the first time at 23 weeks I think. After that was modified to complete bed rest. I had two transfers to the bigger hospital in Colorado Springs and two overnight stays locally. Finally at week 36 my sugars were crazy, and I had developed pre-eclampsia. So, we scheduled my c-section for 37 weeks. We ended up having the c-section at Colorado Springs because they were a bit concerned that the baby's sugar would be uncontrollable which would involve a transfer from here and I would be separated. It's a good thing we did, there were some issues with the c-section itself (it was so painful that I actually asked for pain medicine during it!), and there were blood sugar issues with the baby. And the baby, oh the sweet baby! Benedict Luke was born on January 14th and he has been such a joy and blessing to all of us! Christopher loves him and frequently tries to pick him up! Dominic thinks he's hilarious and cute even if he is also very drooly. 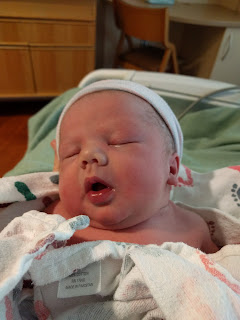 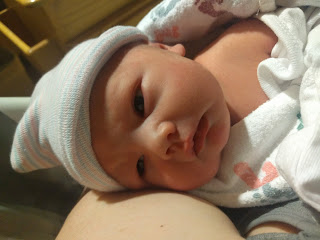 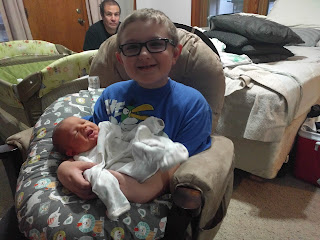 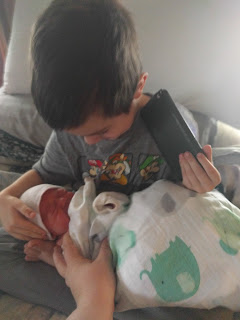 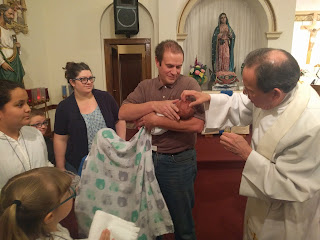 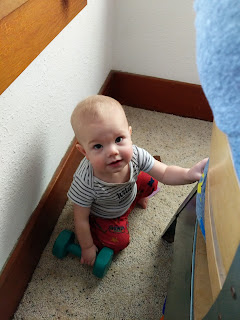 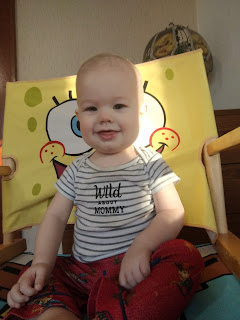 Christopher is doing amazingly well, there will be a post all to Christopher and his accomplishments. But he has lots of words and uses them most of the time without having to use his communication device. He does still use it but it's more for learning new words and how to say certain things. It's really been amazing! He's doing 1st grade work in homeschool with some modifications that Seton helped us to come up with. 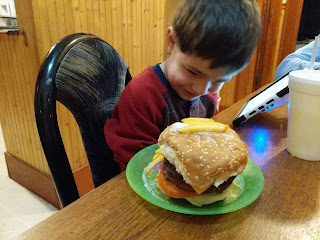 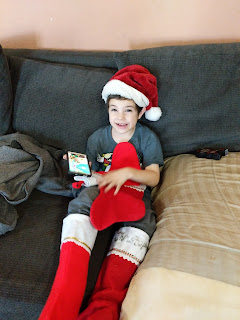 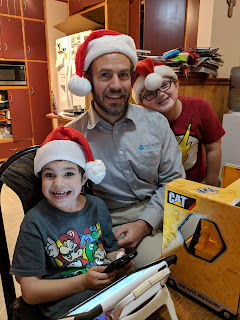 Dominic is becoming quite the gamer and he got his own Nintendo Switch for Christmas (also kind of a gift for mom so I don't have to share anymore 😉). He is doing really well with his 2nd grade work with a few modifications regarding how much he has to write. He has a fantastic imagination and I'm really working to be able to foster that in a way that will be fun and not tedious for him. 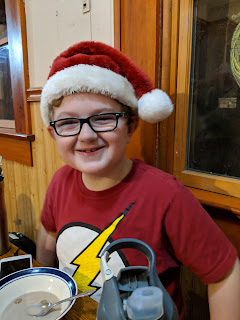 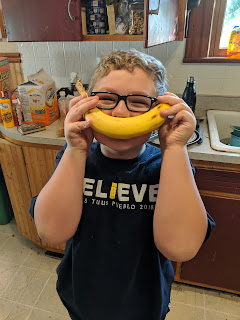 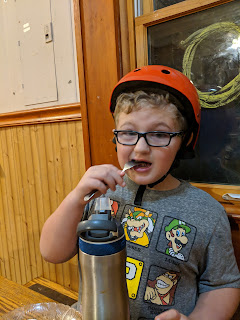 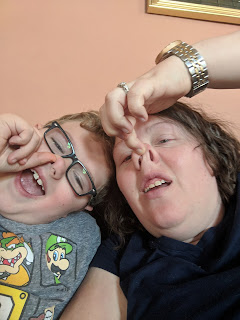 And with that I think I'll end this overly long post. There are plans for more specific posts to address some of the specific things I want to talk about soon like Christopher, homeschool, and wellness/fitness.

Here goes nothin'! Hope to see you back here and commenting! 😀
Posted by Jeanine Spano at 3:11 PM