Speech and Occupational Therapy - Oh My!!

Christopher has Medicaid! He has started OT and SLP! He is making progress!! Hooray!

**yes, I do know that I haven't posted here in a really long time. I have been thinking and thinking of blog posts, of wanting to get back into it, but for various reasons just haven't gotten to it. So here I am, making an attempt.**

So, after a long, painful application process; Christopher's Medicaid became active in September and we wasted no time in getting some therapies started. He is doing exceptionally well with OT and moderately well with Speech. 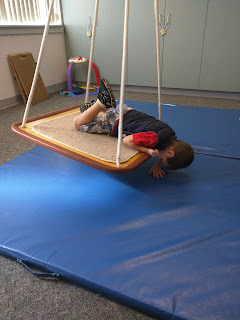 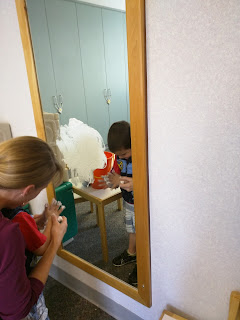 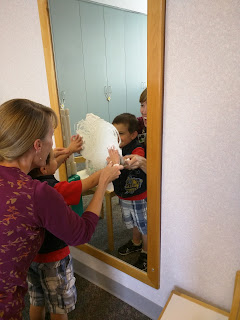 We are getting some great techniques to help calm him down when he's upset. Specifically brushing. We aren't doing the whole protocol, but we are definitely finding that it helps calm him down when it's necessary. Even Dominic has gotten in on it.

We've started using his headphones at Mass and have really seen some improvement in his behavior and emotions there. Even other people have noticed and mentioned to Jason one Sunday.

He has recently been really preferring Jason to me, so much so that he not only rejects me when Jason is home, but he often doesn't want any comfort from me during the day. This has been...emotional for me. It's been a little rough. I think that there is something that he needs, that I'm not giving him, and because of the lack of communication, he can't tell me. When Jason is home, he's so happy that he doesn't need whatever it is he does during the day. That's my completely unprofessional opinion. ;-)

We played with play-doh earlier this week and Christopher amazed me. He normally just tears the play-doh into tiny and tinier pieces. This makes him happy, he enjoys it, so it's still a win. But the other day, he did this:

He figured out how to work that and just kept making a snake, then putting it back in and making another. He was intent. And happy. We played a long time. So now our play-doh is in one bucket: 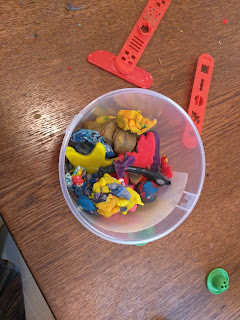