Wow what a week, it seems like it has been a long week, but what do you know tomorrow is Friday?! So that means that today I'm joining those at Catholic Mom and celebrating the small successes of this week.

1) Yesterday we drove 4 hours to go see Alton Brown in Greeley which is not my success for the week, as Jason drove for me because the roads were kind of icy. But two of my friends were going with me and we went straight to one of their houses when we got to town and the boys played with her kids. She has a 4 year old and a 2 year old. The success? Christopher played with the other kids! In a room without Jason or me in there! And!!! He let my friend's husband hold his hand and play with him! It was such a big deal for him because he's usually not interested in other people at all.

2) I've managed to work out every day this week except for yesterday because it included a total of 8 hours in a car. I didn't always wake up to do it, but I've gotten my workouts in and as a result, I'm down 2#s this week. I plan to do a weight loss update because things got kind of crazy in regards to that, but it will probably be next week sometime.

3) I've significantly lowered screen time this week for the boys and made an attempt to start some homeschool preschool, but that hasn't gone as "by the book" as expected. Nonetheless, the boys played this morning with play-doh and puzzles and Dominic seems to be listening and responding better. The curricula I purchased gave a lot of great unschool type activities, which is what I seemed to be lacking. 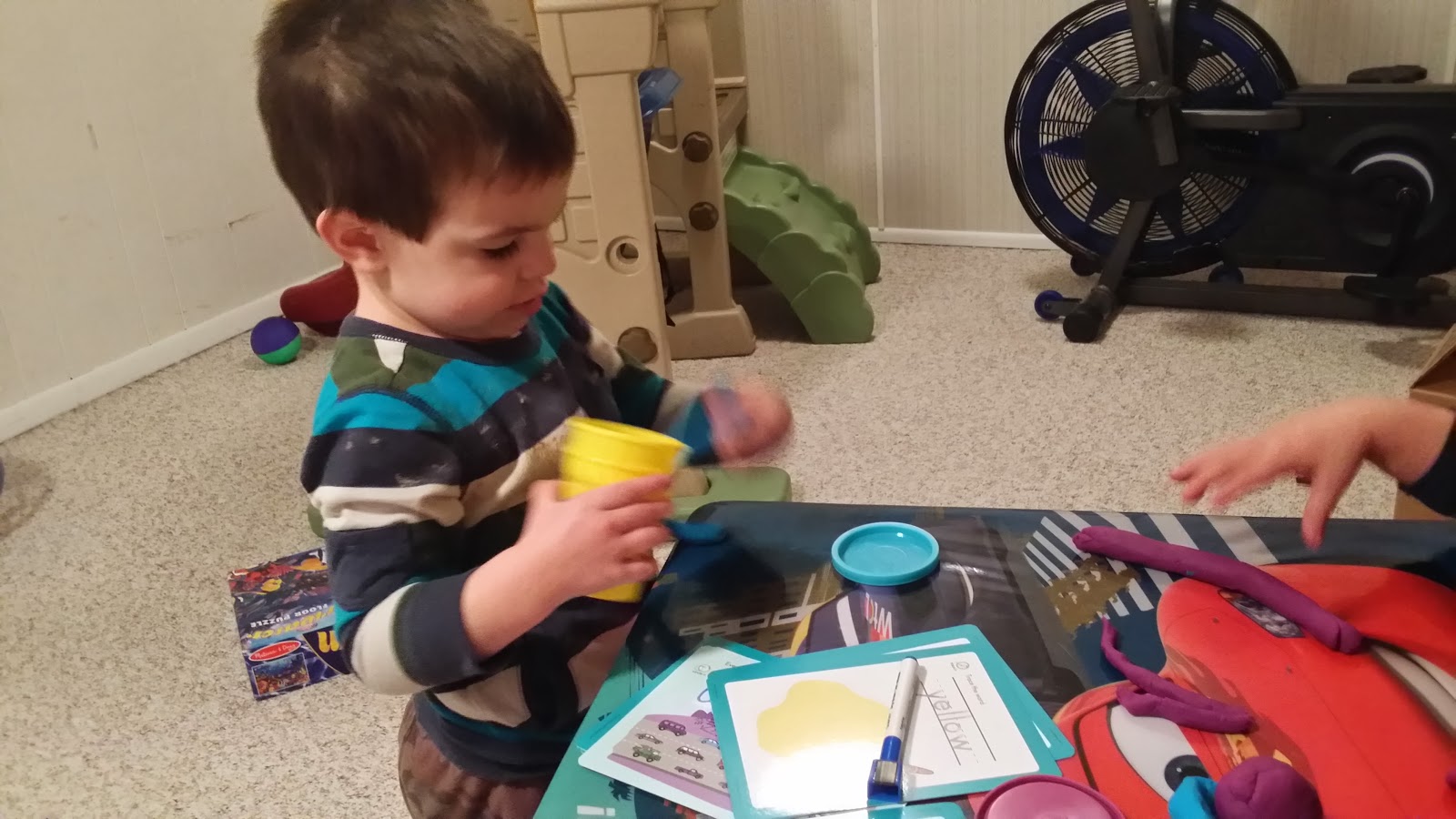 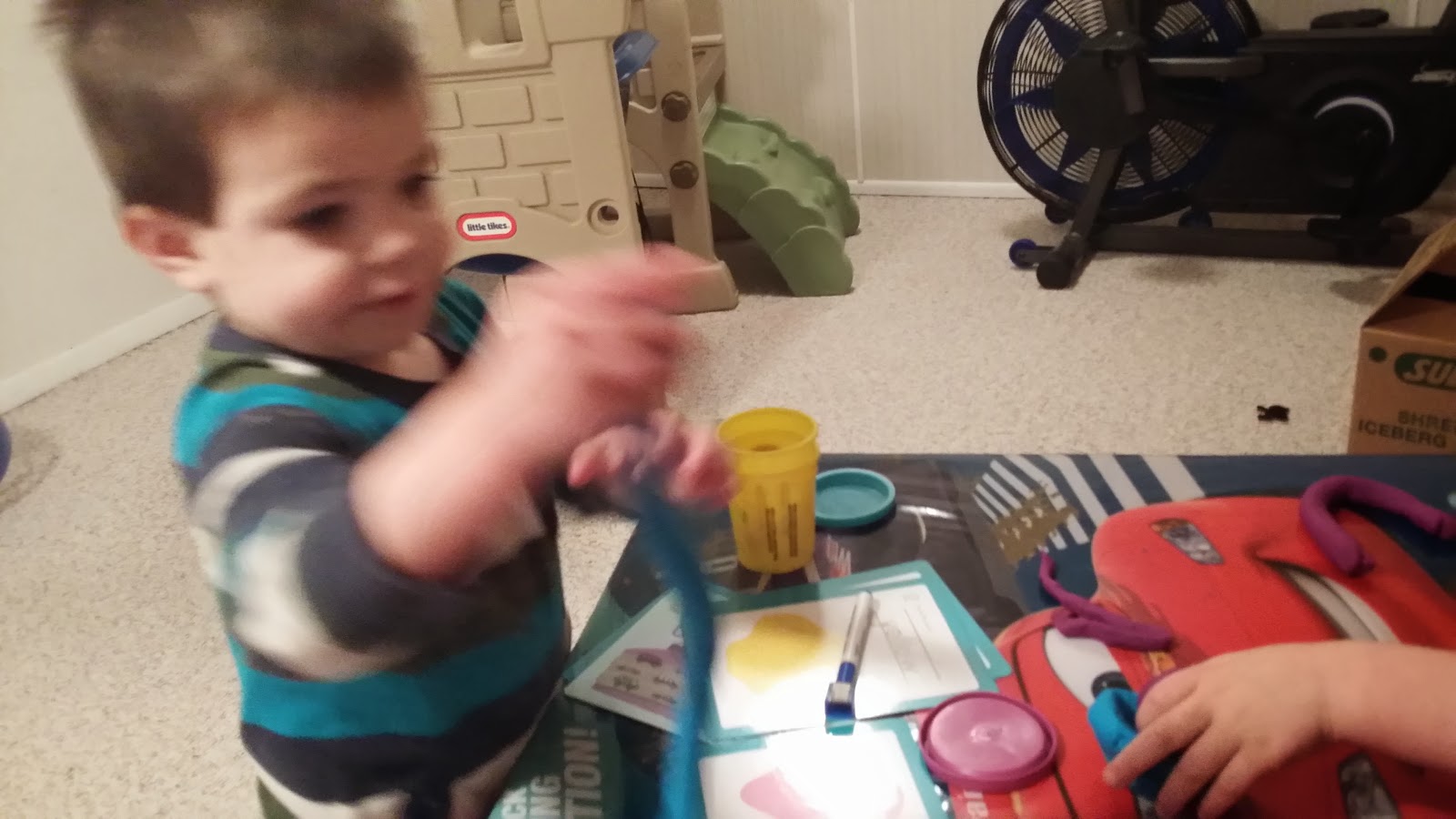 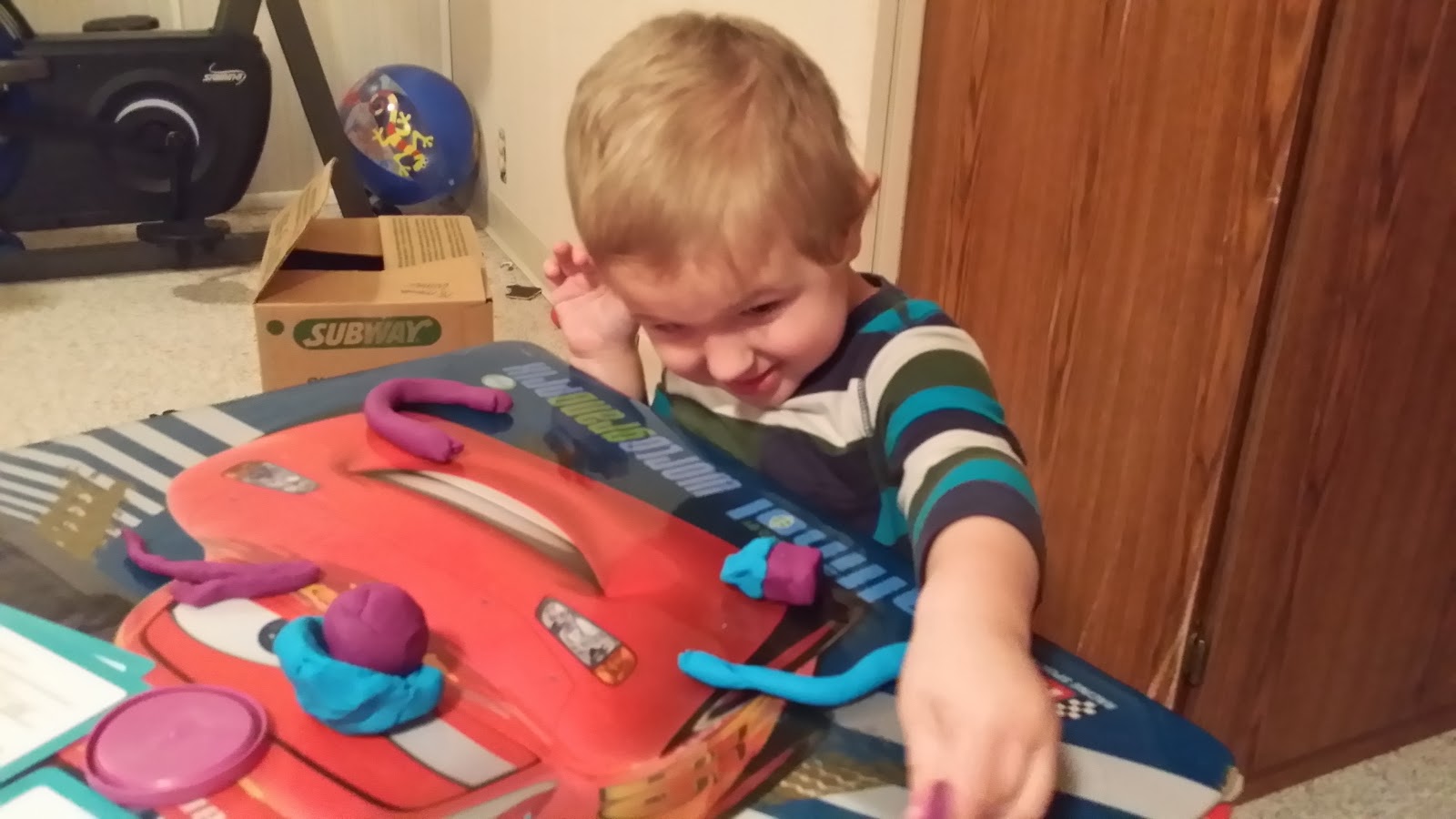 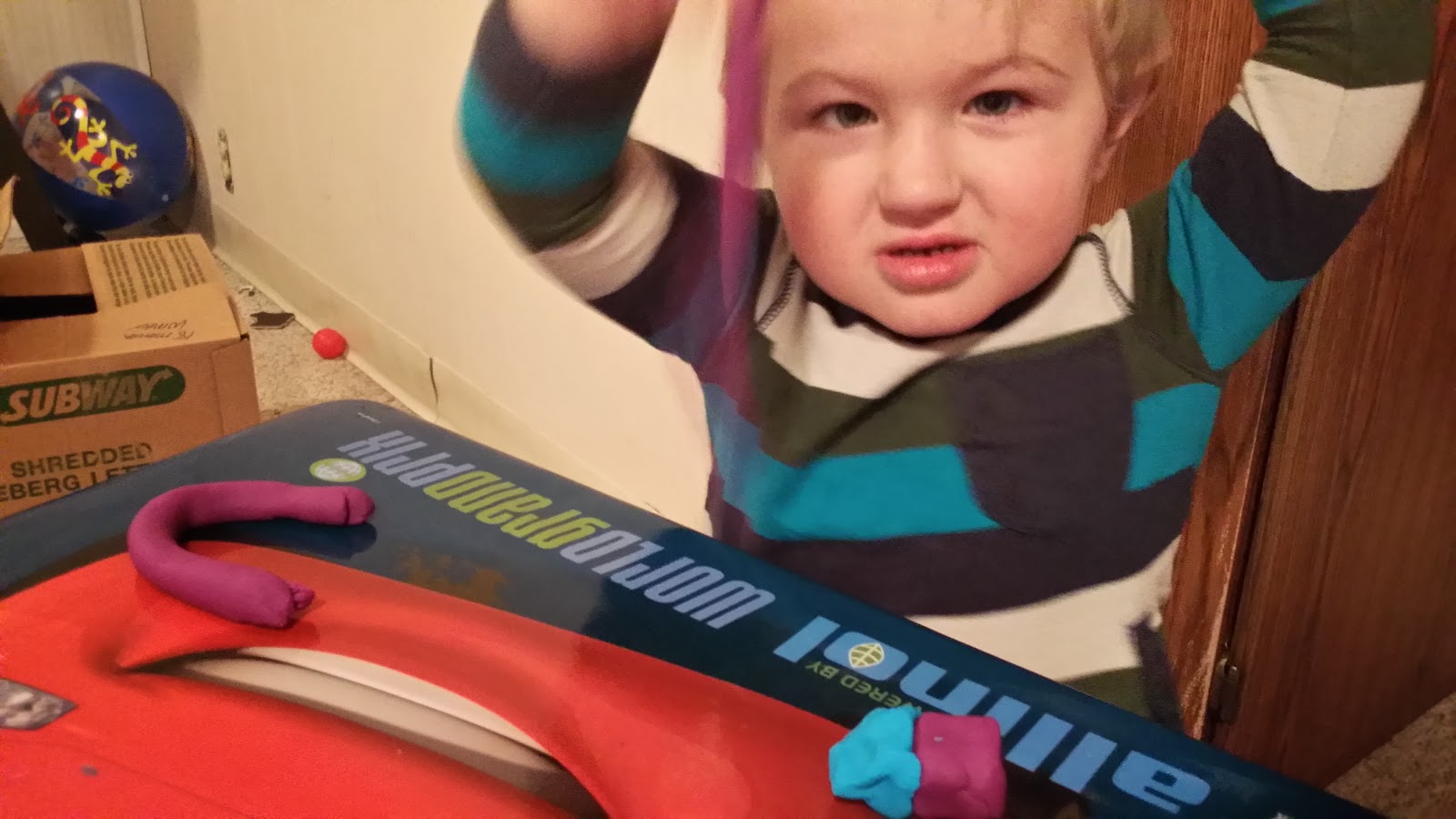 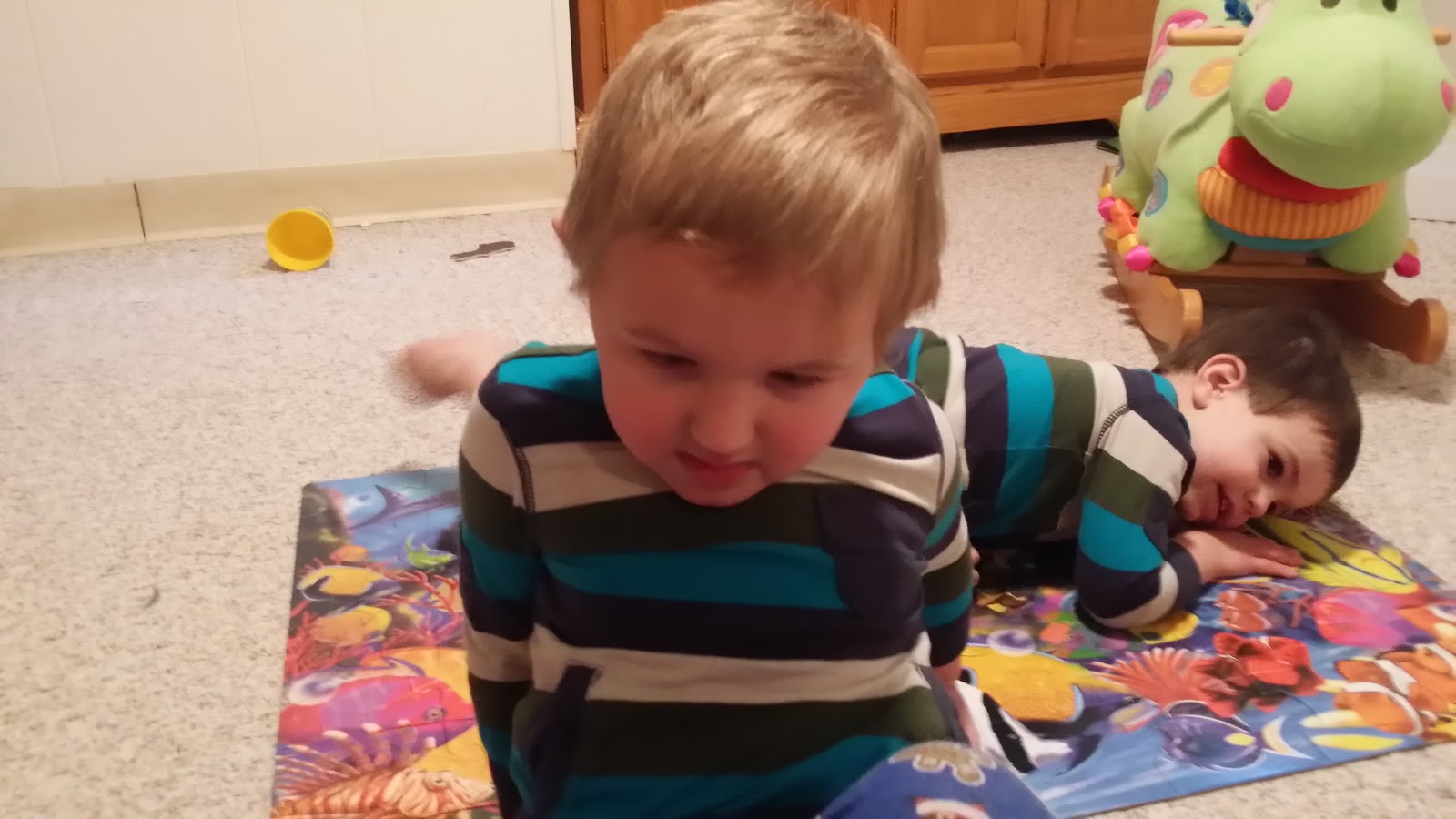 Go to CatholicMom.com to see everyone else's successes!

Posted by Jeanine Spano at 3:12 PM