Vacation and a Weight Loss Update


Jason was on vacation last week and it was great! I mean, we didn't go anywhere and yet it seemed like we were hardly home at all! Last week we were able to do a bunch of bike rides, I increased my distance and average miles per hour. A few weeks ago Jason bought a second bike trailer so that he could ride with both boys when I was gone working. 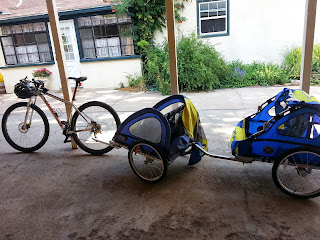 But then I found that I really wanted to ride too, so we started riding a bit for my workouts sometimes and we put Christopher and his trailer behind my bike. I could do it, I mean, it wasn't easy but I rode 5+ miles pulling the trailer. But it just started to seem like it was entirely too much for me and I wasn't able to go very far, so on Monday last week Jason moved it back to his bike. We rode 17 miles that day. That's a lot of bike riding!

Sunday we drove about 3 hours one way and went to San Luis (oldest city in the state!) and did the Stations of the Cross hike. It is really pretty, and Dominic even made it to the top! 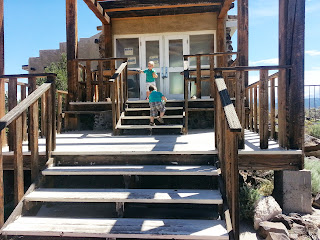 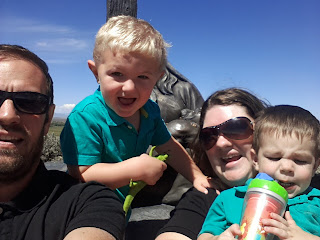 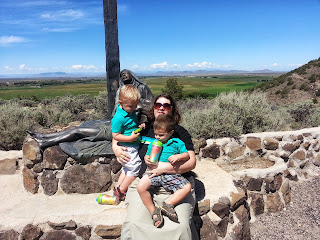 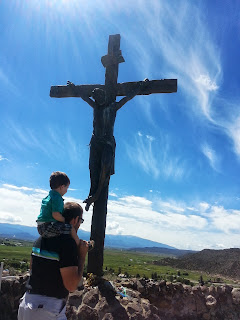 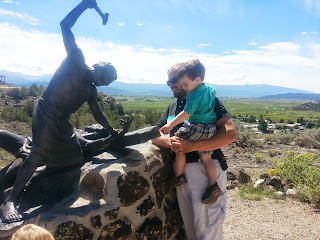 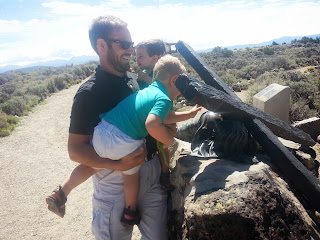 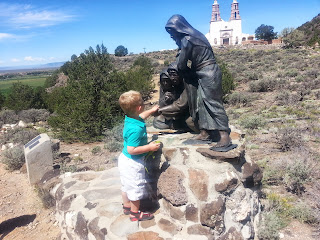 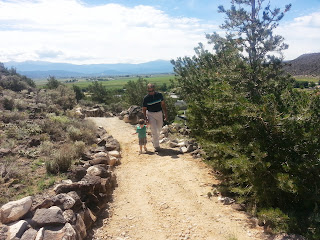 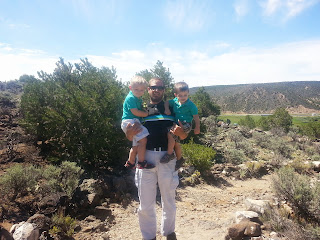 So Monday we did our 17 mile bike ride, on top of normal playing and enjoying life together. Tuesday we woke up VERY early and left for Denver to go to the museum with Jason's parents, brother and his brother's 3 kids. We also stopped to visit the kids' only living great-grandparent for a bit! 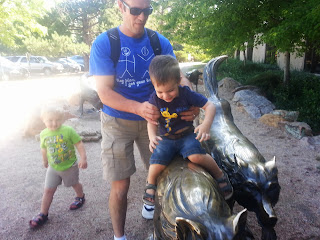 Tuesday night we drove from Denver to Pueblo to spend the night there since we had to have Christopher at the hospital by 6:30am. About 5 miles from the hotel, on the interstate, we got a flat tire. I'll spare you my dramatically long story about this, but I'll just say that Dominic and went on Wednesday morning and got two new tires. 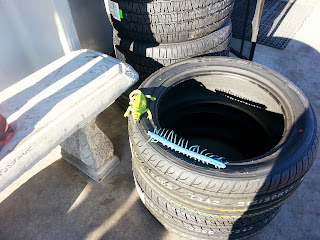 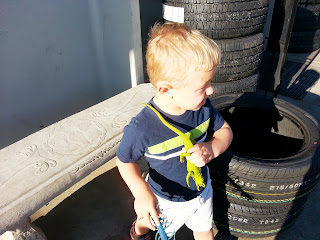 After Christopher was released we went to Olive Garden because nobody had eaten anything yet and it was already 11AM and the boys eat really well there. I ate off my diet, but I still did well. I chose off the "lighter fare" menu and stuck with a marinara even though I so desperately wanted alfredo. 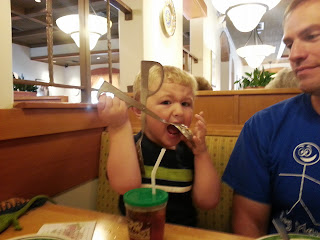 Thursday I worked in Garden City and the boys went with me with the bike and trailers, but it ended up not being very fun for Daddy because having the trailers took all of our room in the van which made diaper changing...interesting to say the least. ;-)

Friday, Jason worked super hard to get the front yard mowed and edged. It looks the nicest our yard ever has I think! 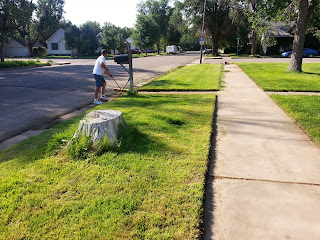 Saturday I worked in Garden City again, and Jason got even more serious about pulling the boys in the trailers! 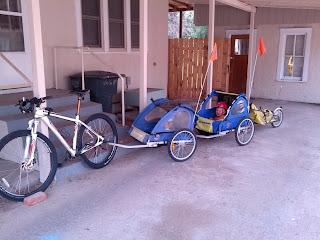 And I caught this video of him going up and down a pretty steep hill at our park.


So onto the weight loss. These last couple of weeks I've been feeling like I was in a slump, but I got my newest measurements from the trainer and I'm feeling a bit more invigorated. Also, my coworkers in Garden City who hadn't seen me for over a month and my dad all mentioned that they were really starting to see some changes. So...for the numbers. I am now at 265lbs, if you're wondering, this is down from 278 at my start of this weight loss journey and 274 from the start of my time with the trainer. Impressive right?! Also, I'm down a total of 5.25 inches. Down 2 whole inches in my hips! I'm so surprised and happy by this. Also down 1.5 inches in my thigh and .25 inches in my calf. I might not have cankles for the rest of my life after all! ;-) I've still got so far to go, but I'm feeling so much better. 6 months ago if Jason had taken vacation, there is no chance that we would have been so active with bike rides, hikes, and walking around the museum. I know that he has noticed, and I even think that the boys are noticing and enjoying.

A moment pause, because I can't decide if I want to write a full post about this and it kind of goes with my weight loss update. We have just had another negative month, negative as in, not pregnant. I'm still struggling to accept God's will with this, someone wise told me that at least we know what God's will is for us right now, and many couples do not. I know that times of not getting pregnant come with being open completely (as in not using NFP) and it's just hard to come to terms with that. We got pregnant so quickly with the boys, that we expected it would always be that way. If nothing else, I hope this serves as a reminder to those who think that not using NFP means you will always be pregnant, and also those who are holding out waiting for the perfect time to plan their family. Our fertility is a gift and there is no way of knowing for sure how long you will have it. That being said, I know enough of NFP to know that I'm ovulating and we don't think anything is "wrong" per se. We do think it's possible that my weight is an issue. I'm going to give myself at least to my pre-pregnancy weight with Christopher before I seek further help (225), although I was heavier when I got pregnant with Dominic, I'm giving myself this time. I think that if I could stop thinking about it constantly I would at the very least have some peace. I ask for prayers here, because I think I need all the Grace I can get.

Sorry for this incredibly long post...if you made it this far, there is no prize just knowing you made my day. :)