Is Anyone Out There?

I'd be surprised if there was anyone left reading! It's been 2 months since my last post and so much has happened! I'm trying to get back into the swing of blogging, though I'm not even sure how I got out of my swing.

We had a great Thanksgiving, we had our big meal on the Sunday before and then on Thanksgiving day we were able to have a quiet, relaxing day.

Advent went smoothly, if not as awesomely as I planned. We managed to do the prayers and readings for approximately one week. It was sporadic after that, if at all. Dominic didn't even eat his chocolate every day.

Christmas was great! We elected for a quiet Christmas at home and it was wonderful. Jason came home at noon on Christmas Eve and we enjoyed some appetizers for meals that day. 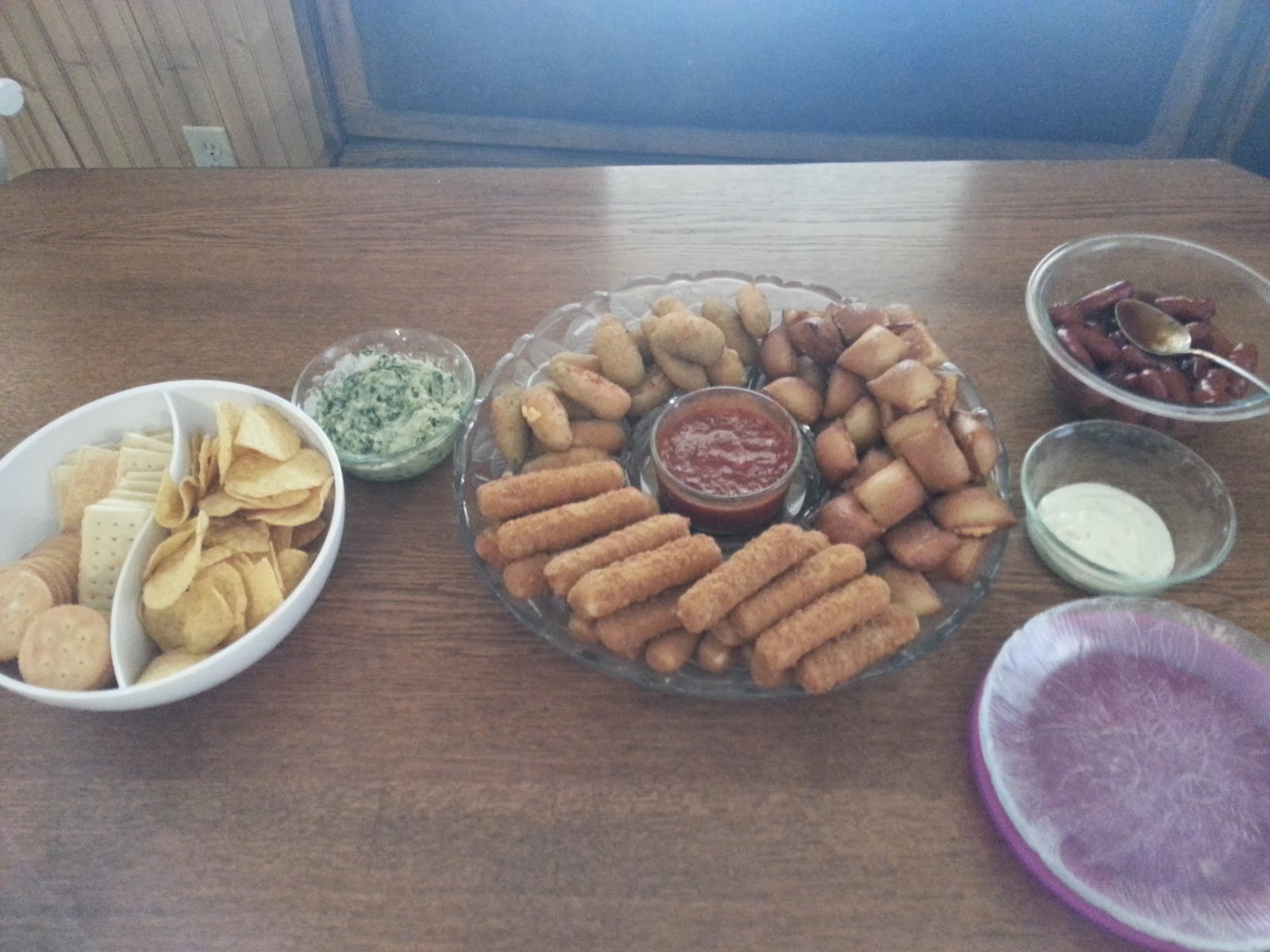 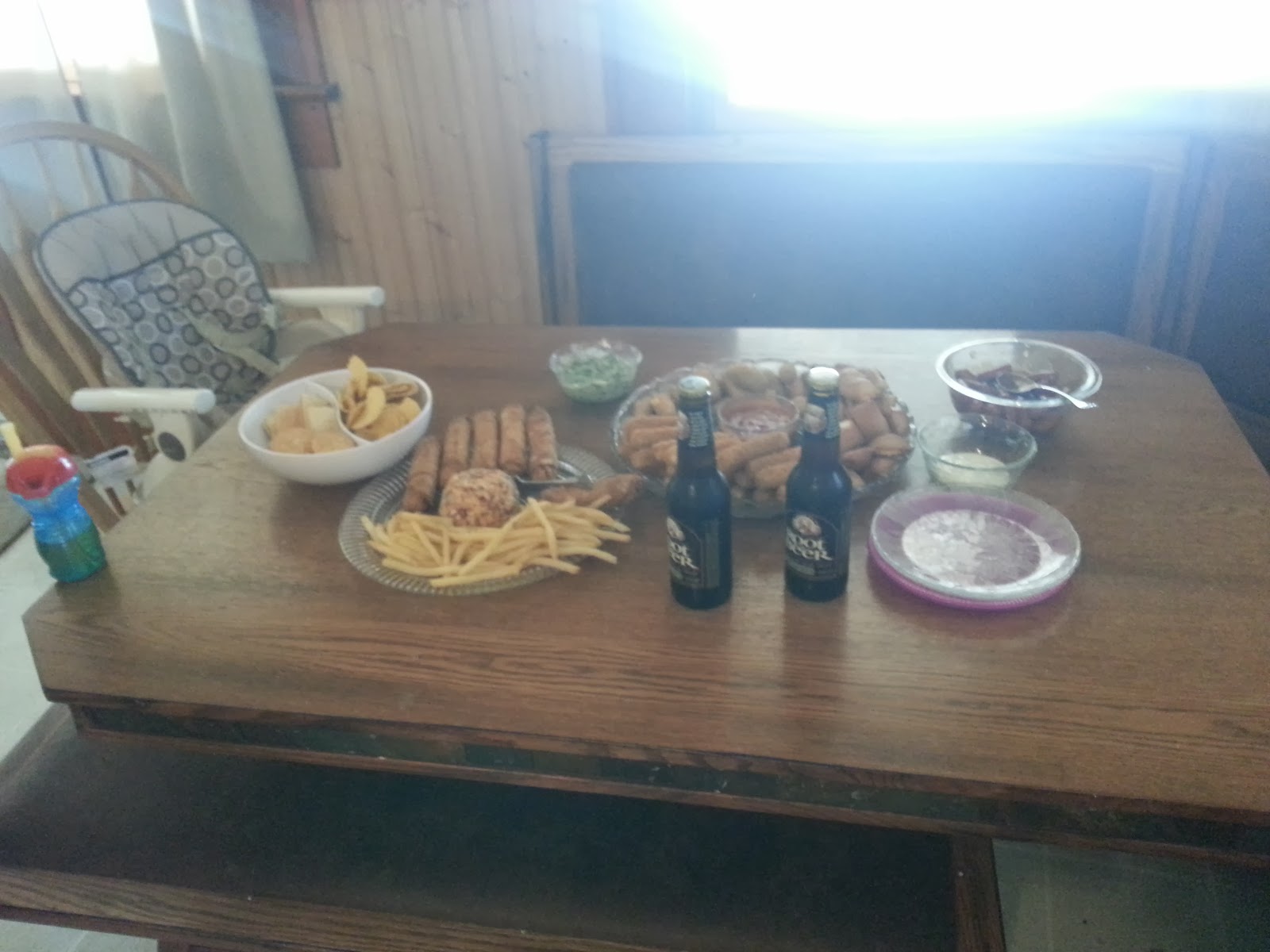 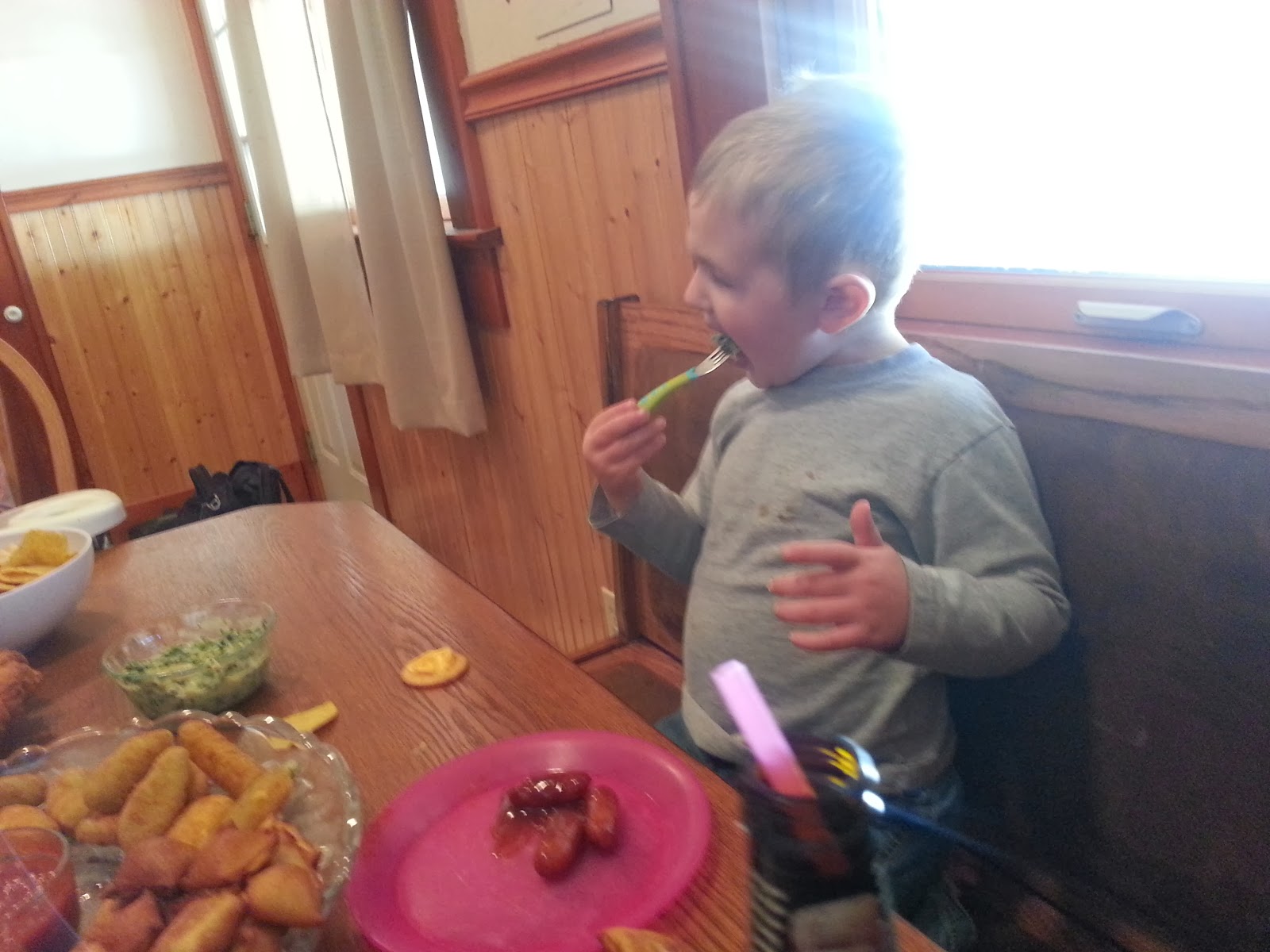 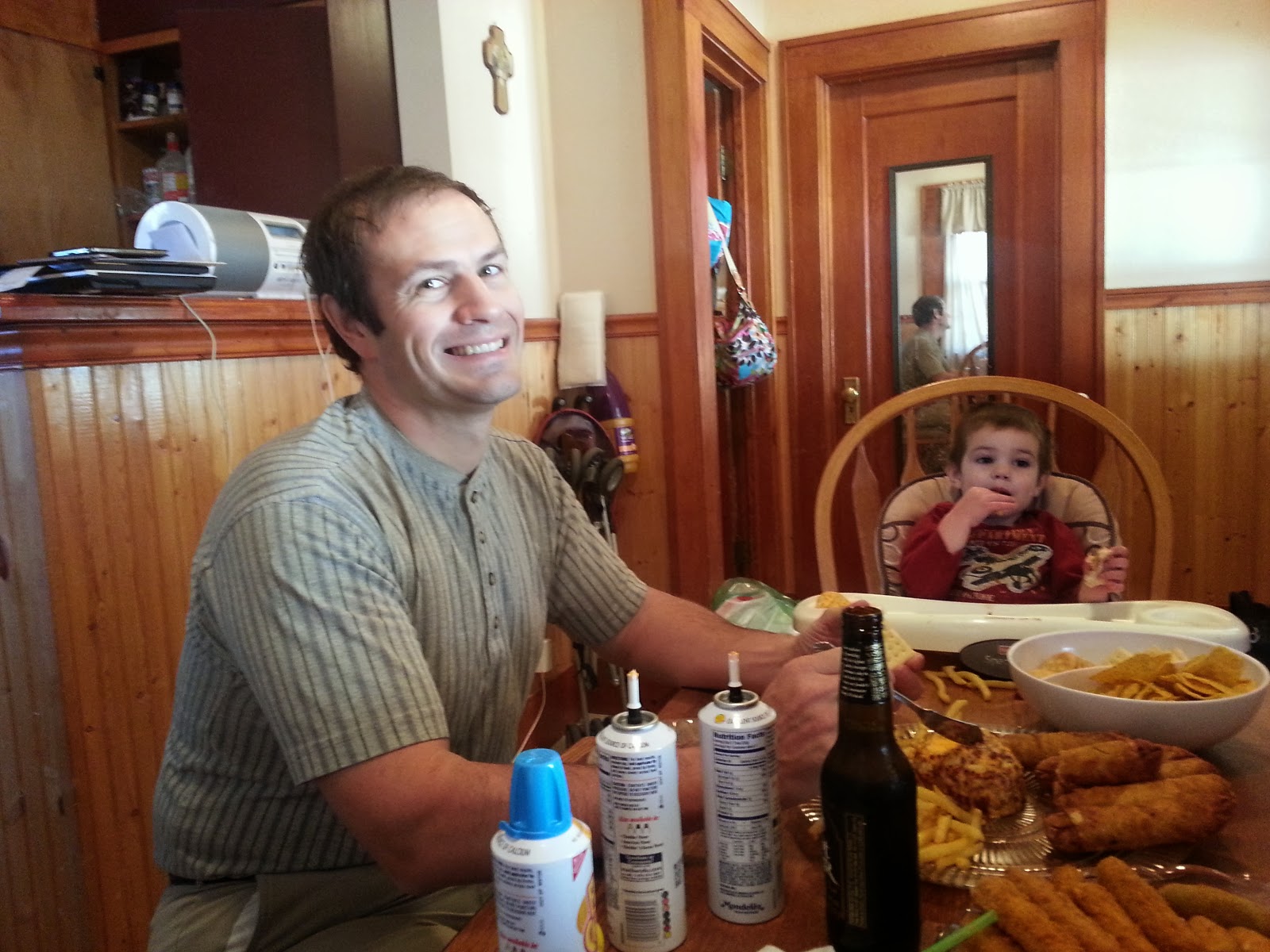 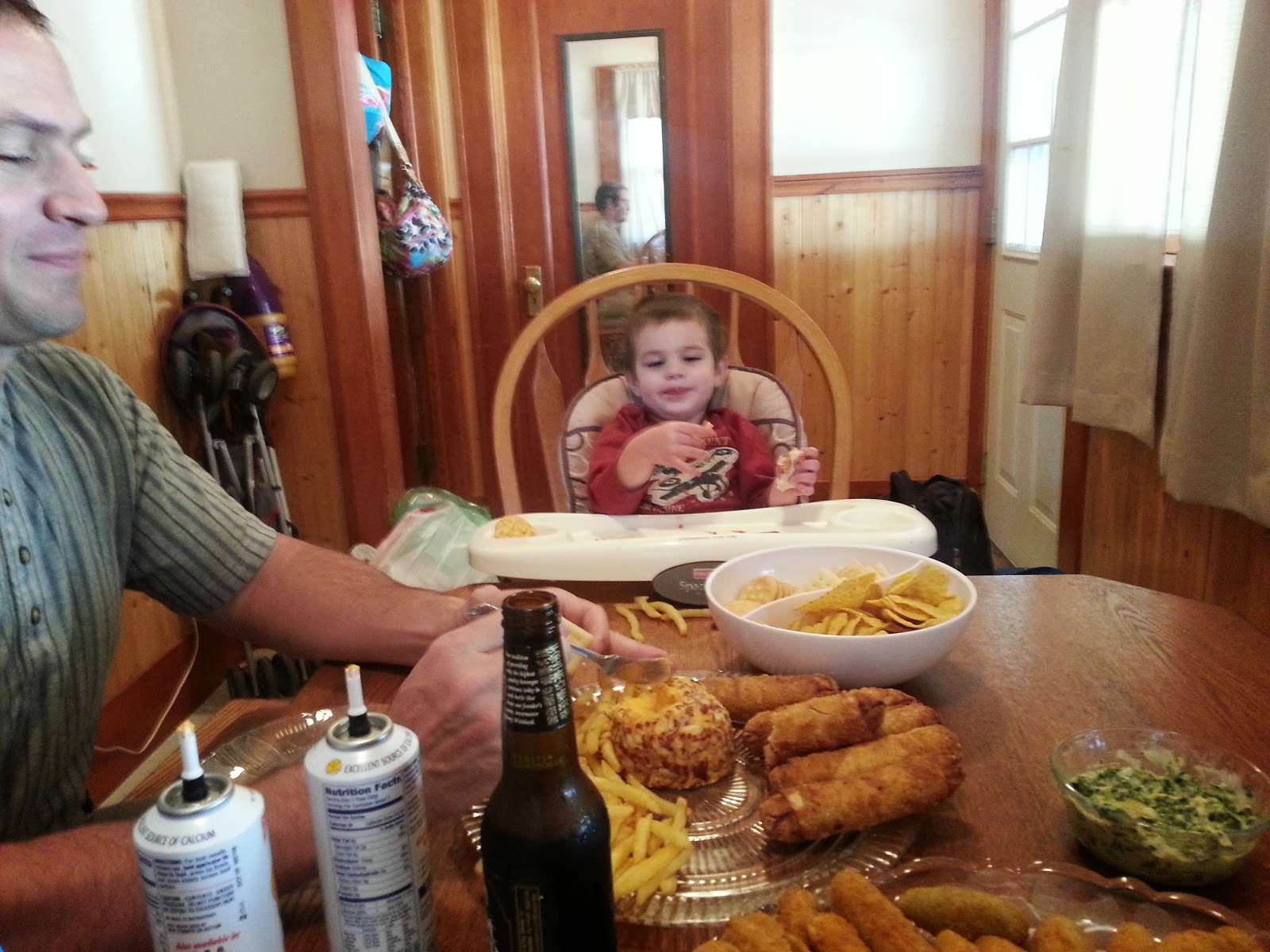 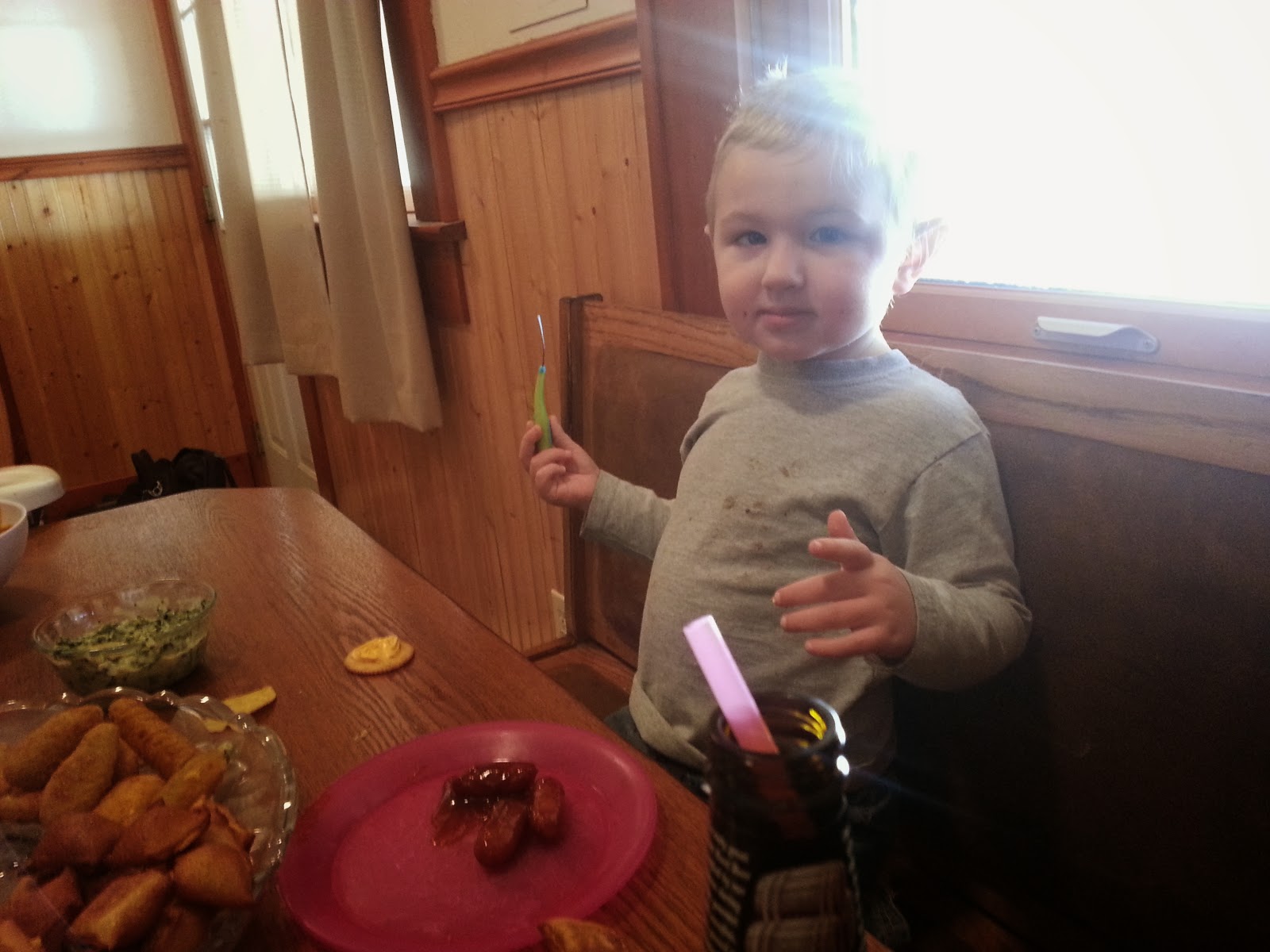 Dominic just ate spinach artichoke dip with a fork, can't blame him there, it's one of my favorites too. But then he got a big mouth full of just artichoke and did not like the texture. He was also not a fan of jalapeno poppers. ;-)

We also spent a lot of that day playing hard, it was in the high 50s and it was beautiful! 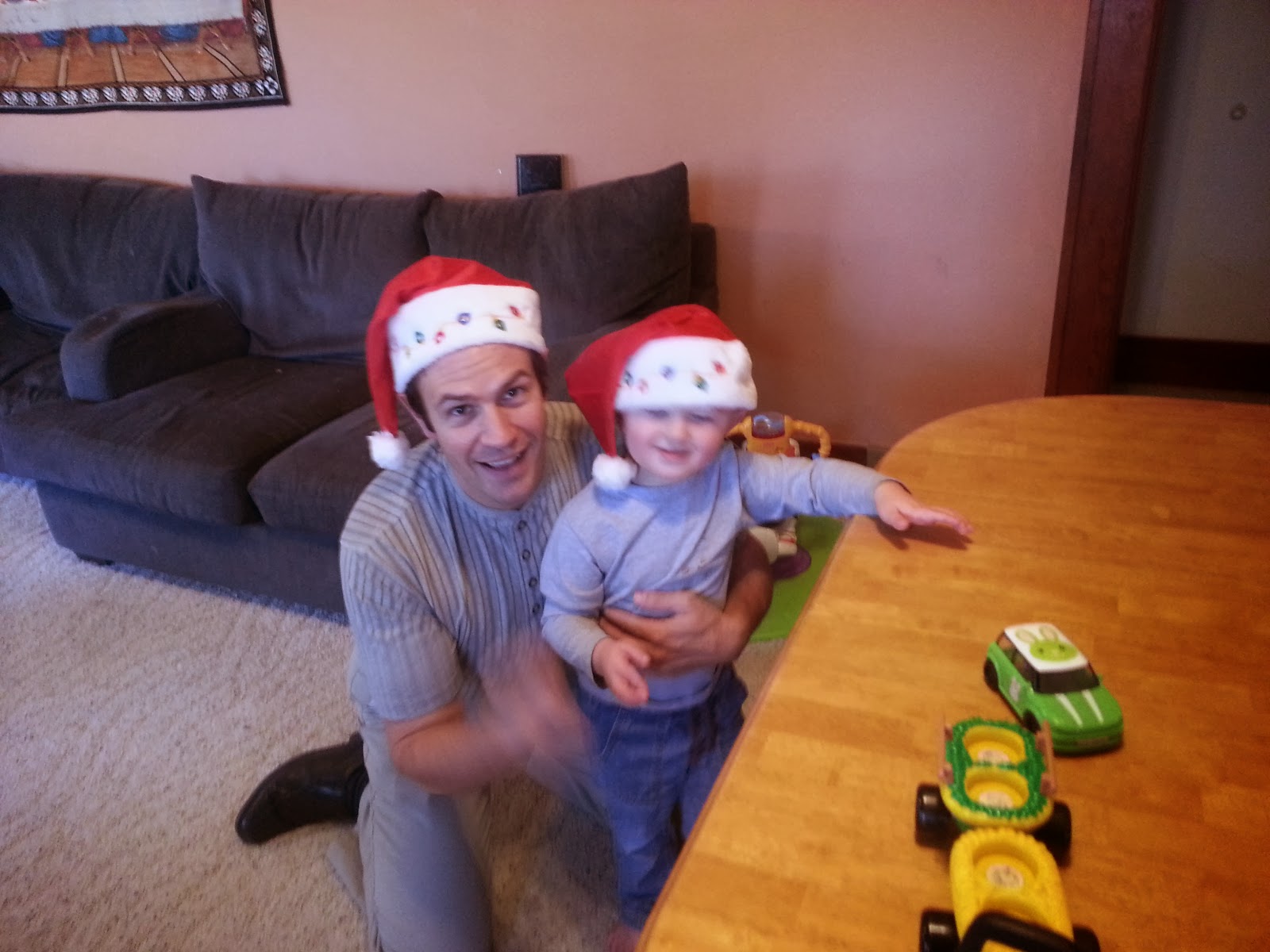 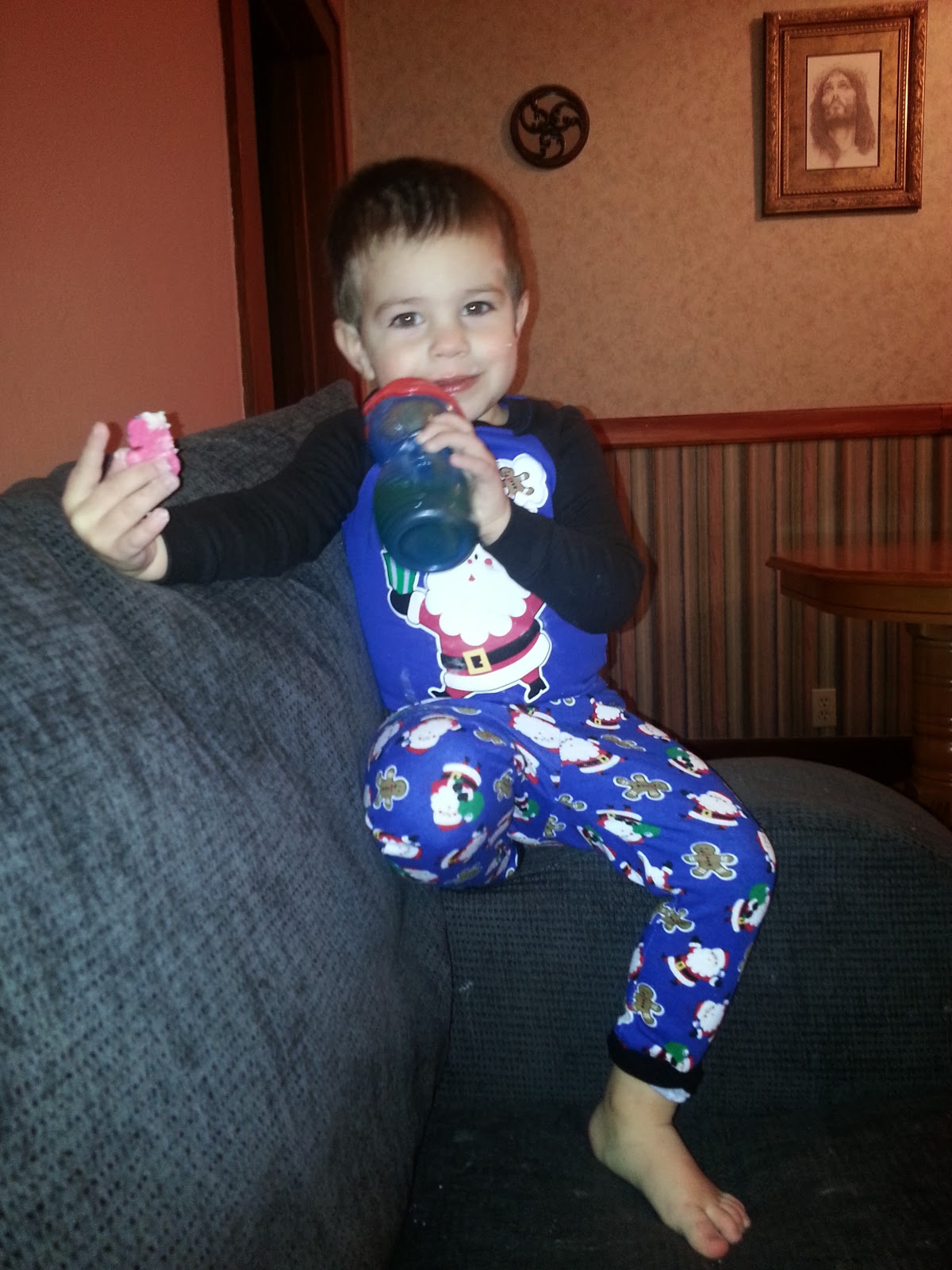 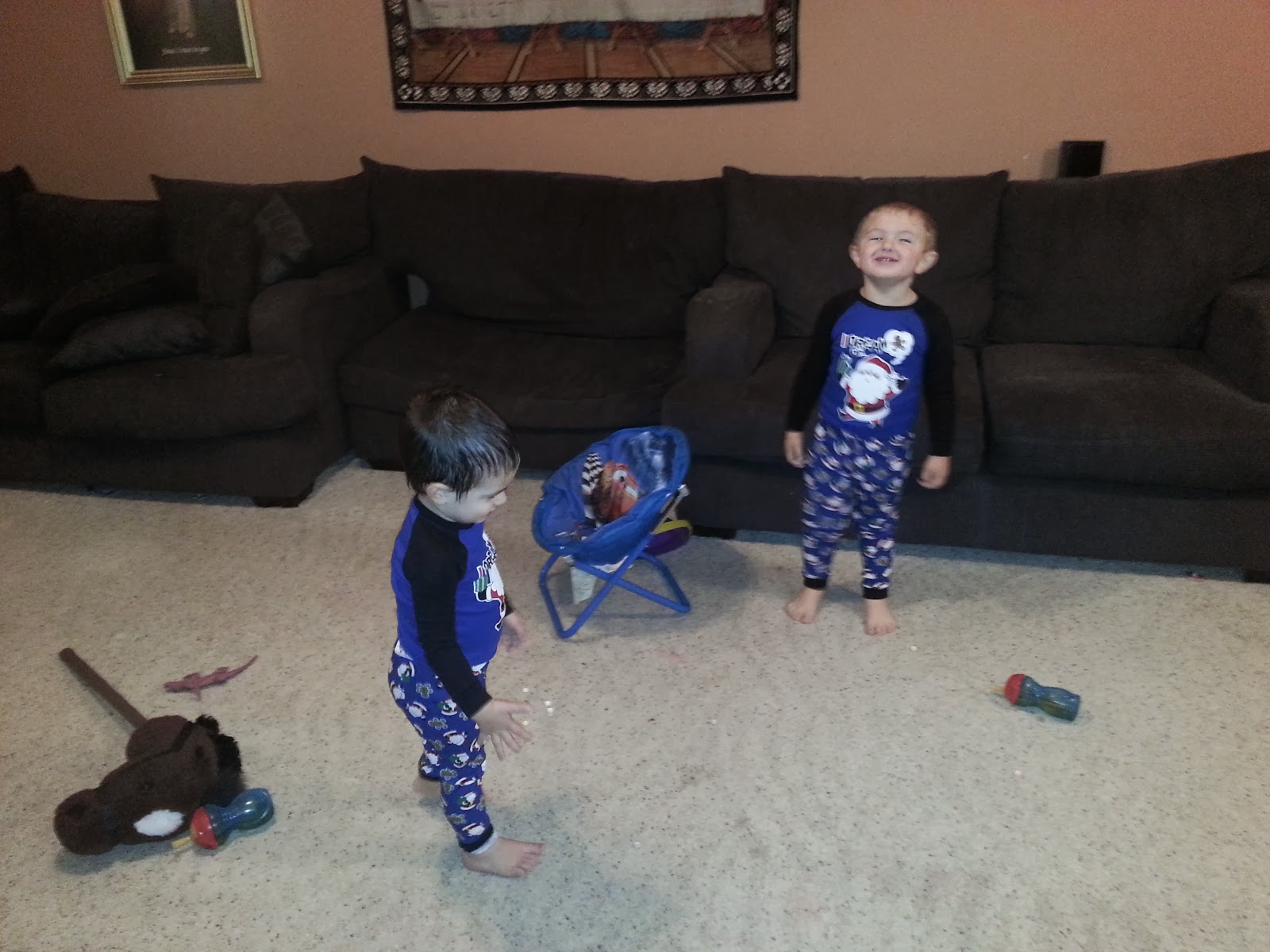 Of course the boys got some Christmas jammies, which I think might become a tradition, though I'm starting to lean towards fun, normal pajamas that are fun for any time of year. 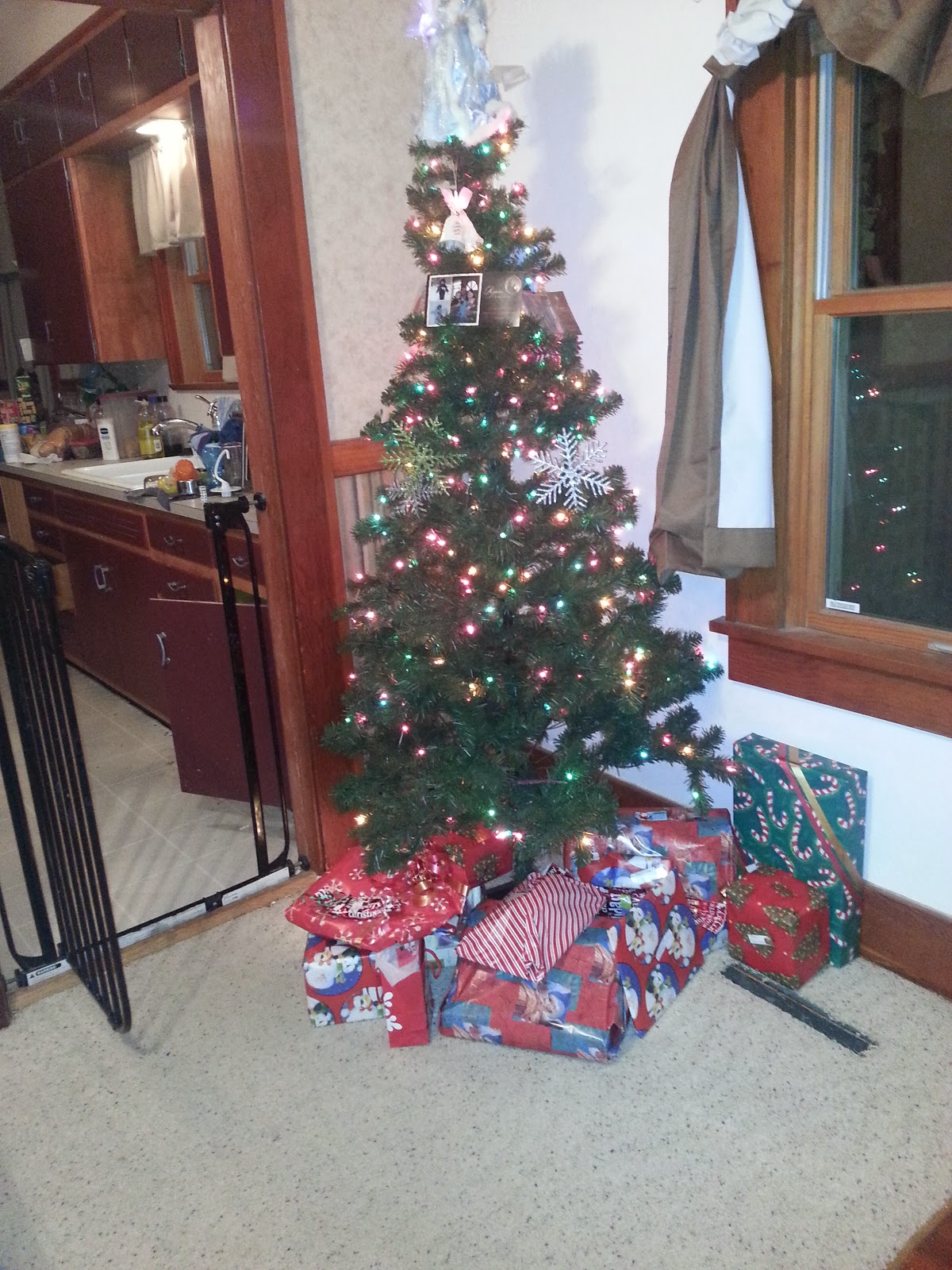 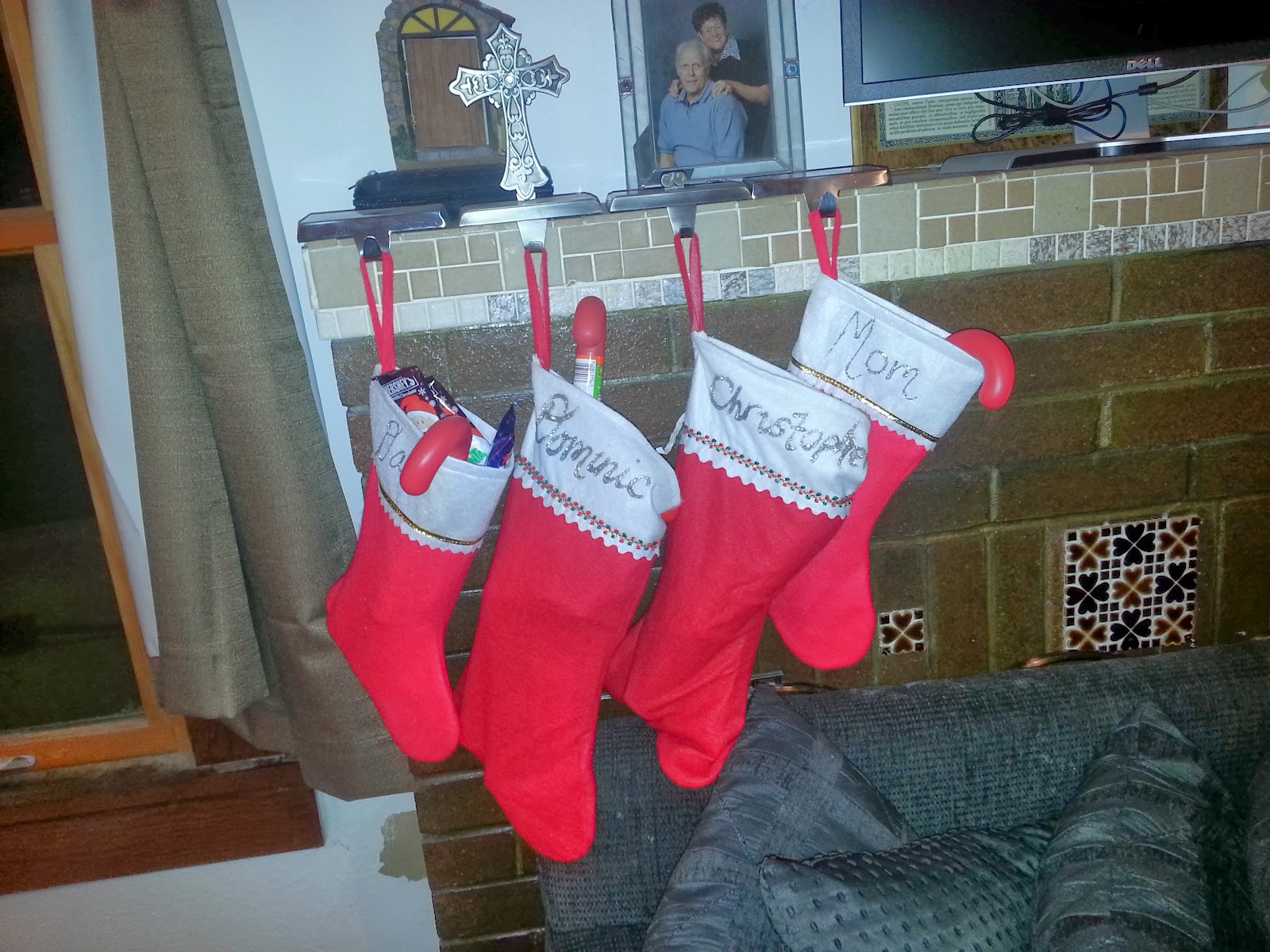 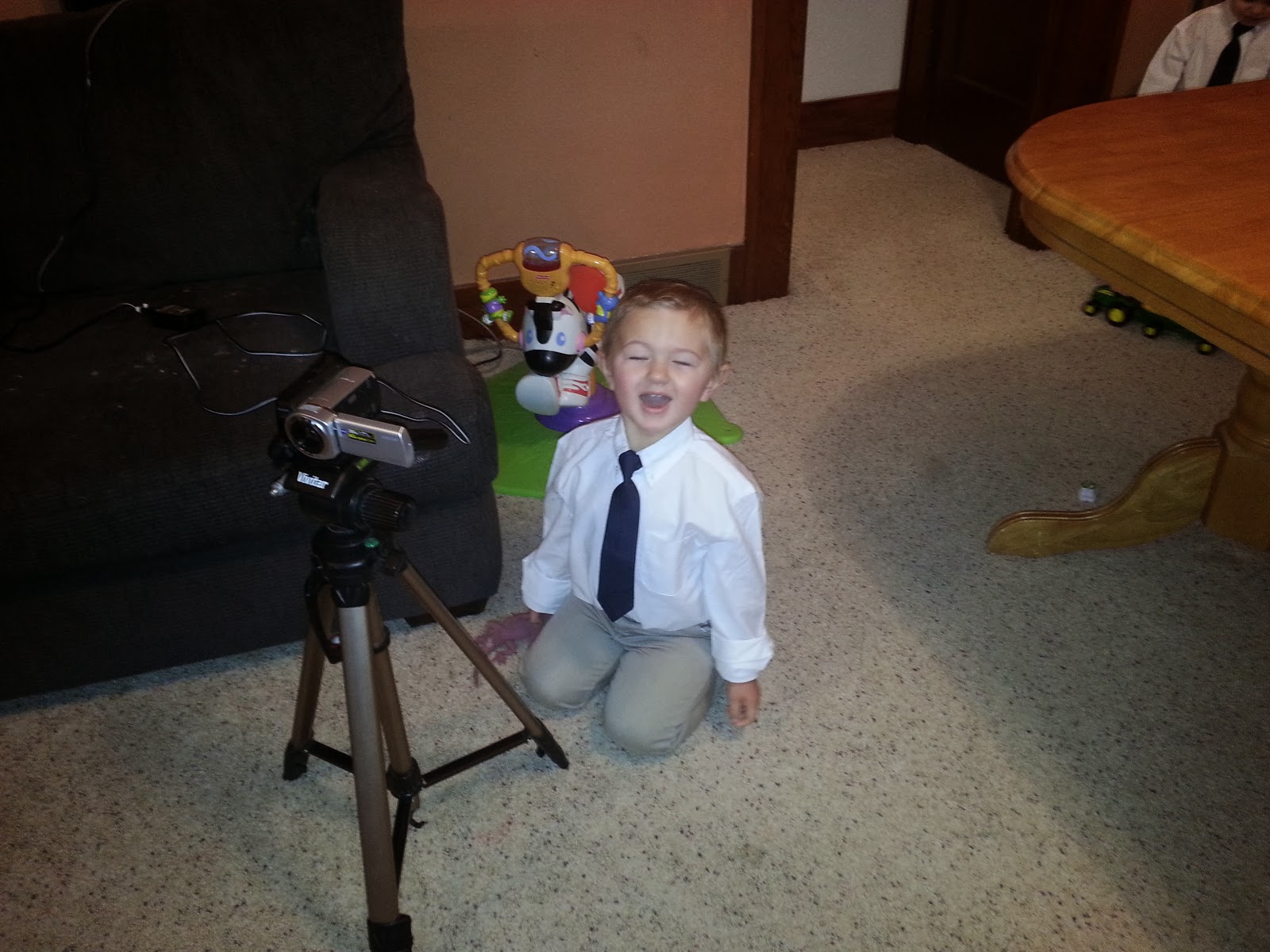 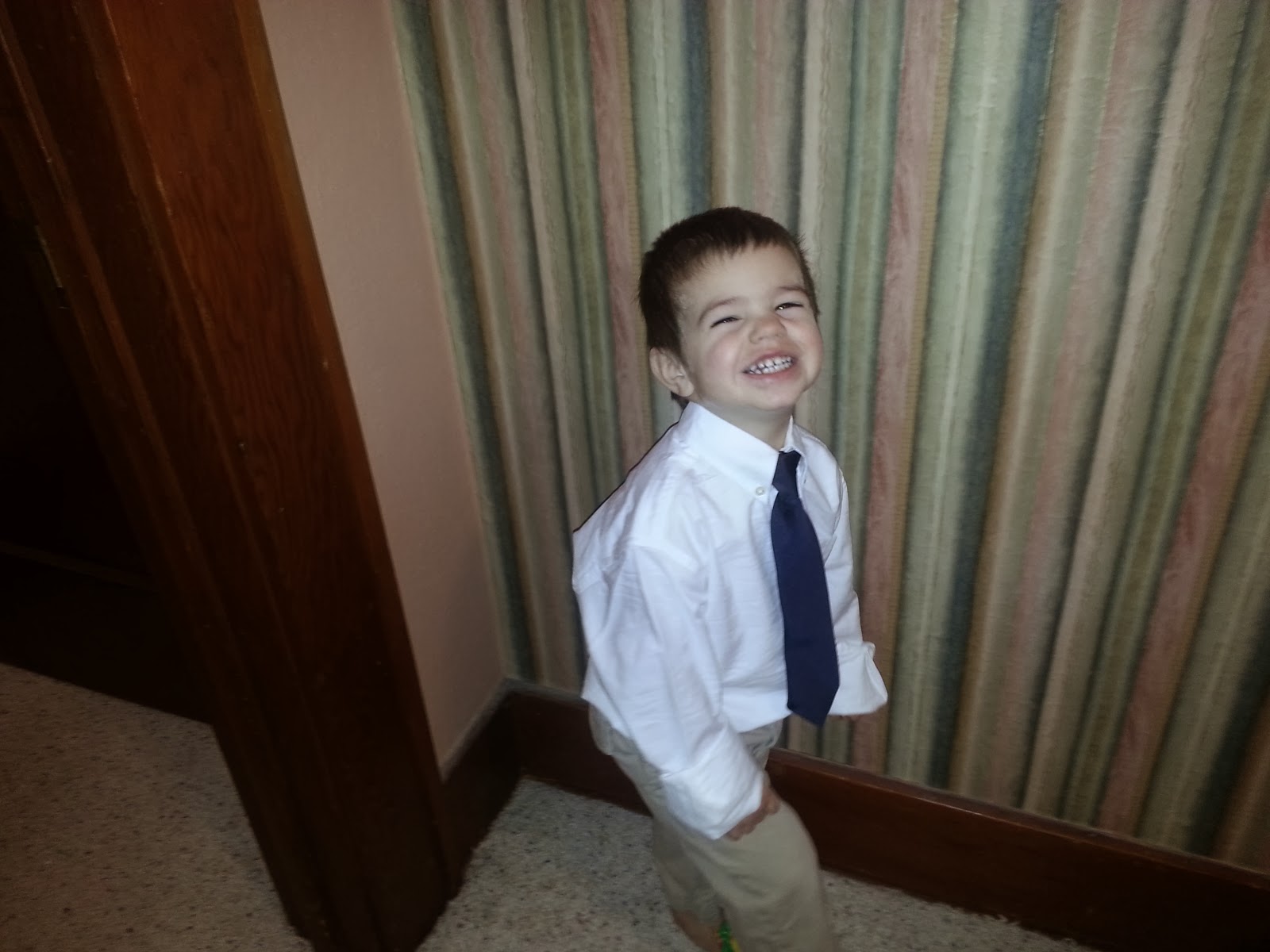 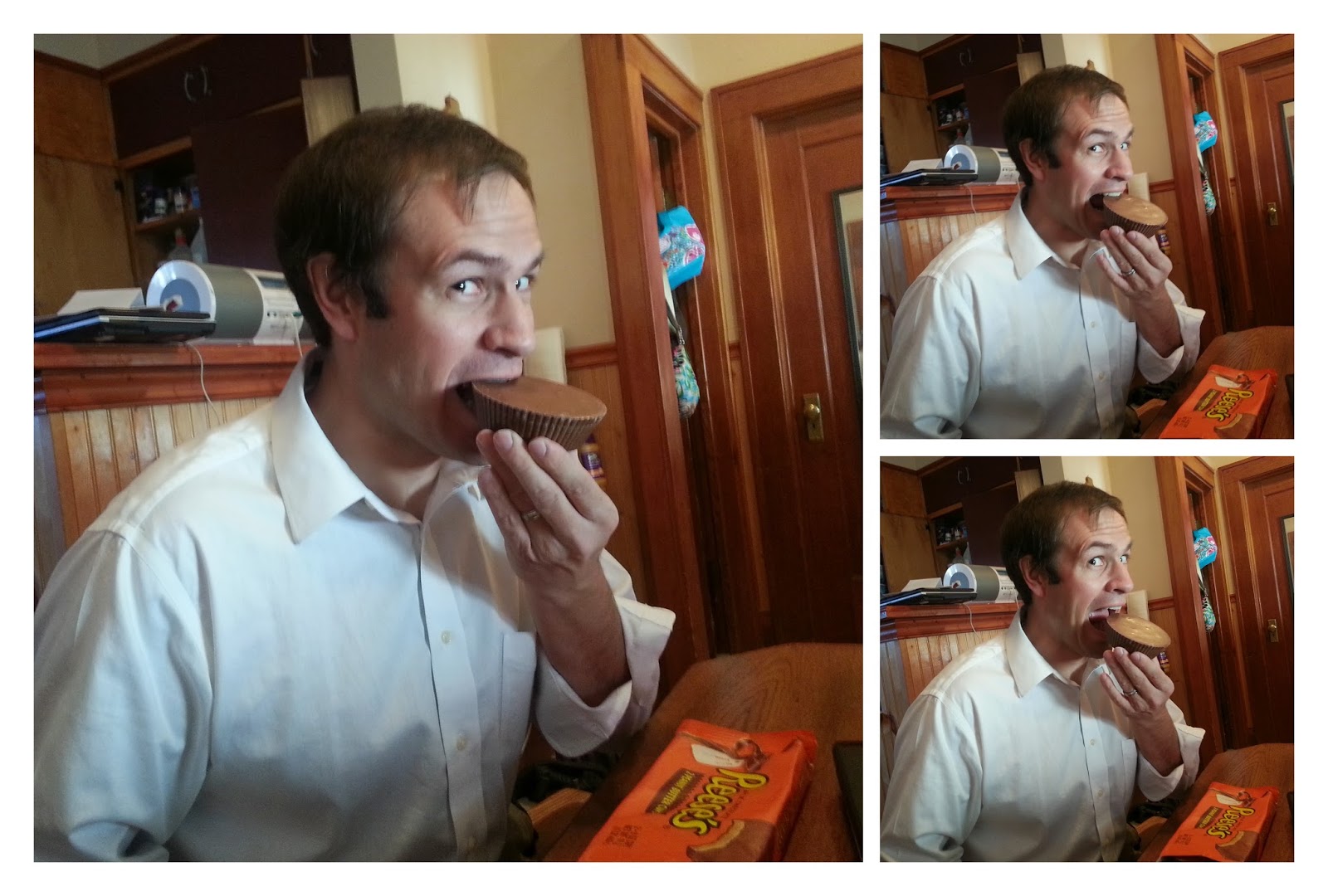 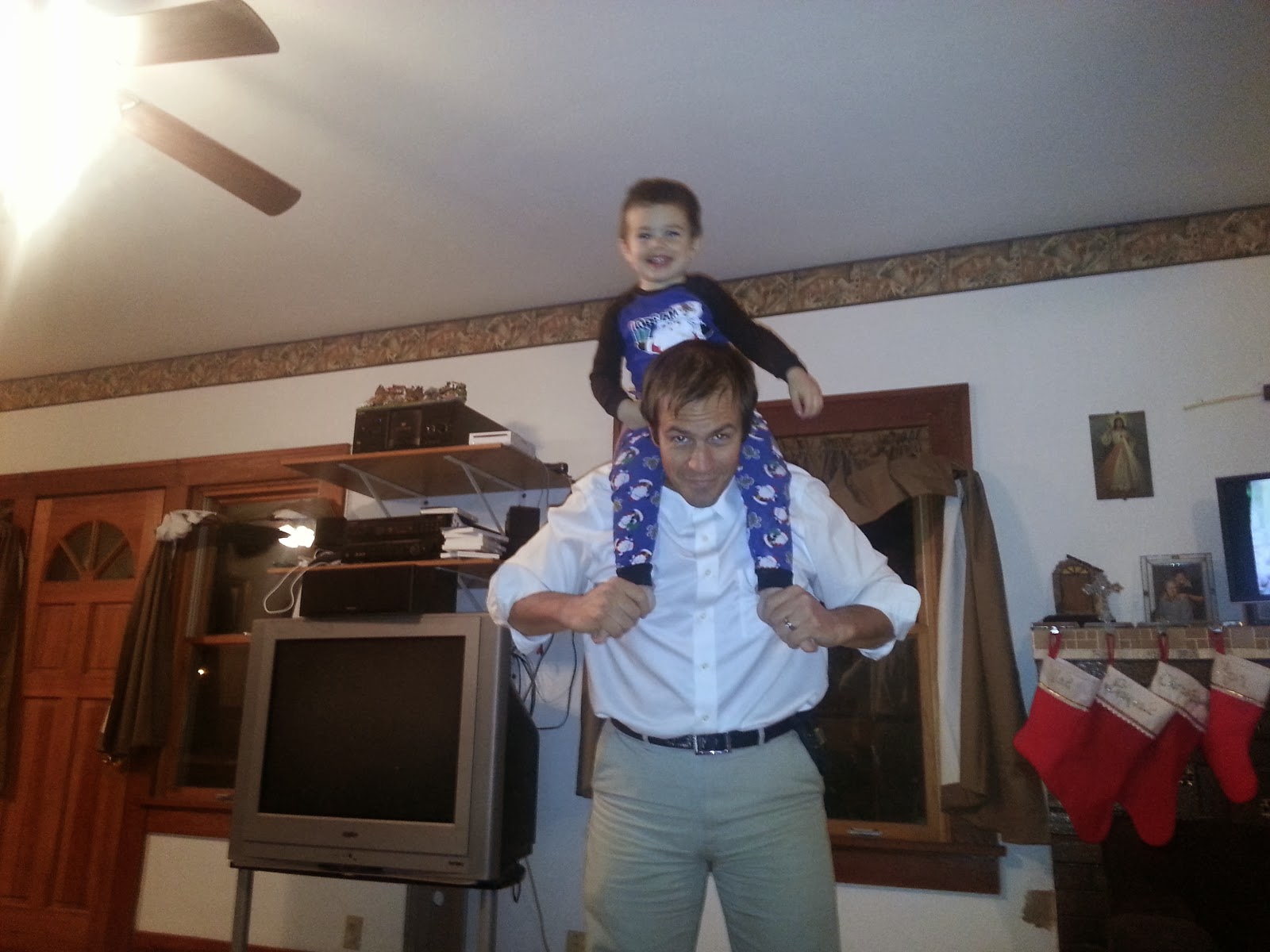 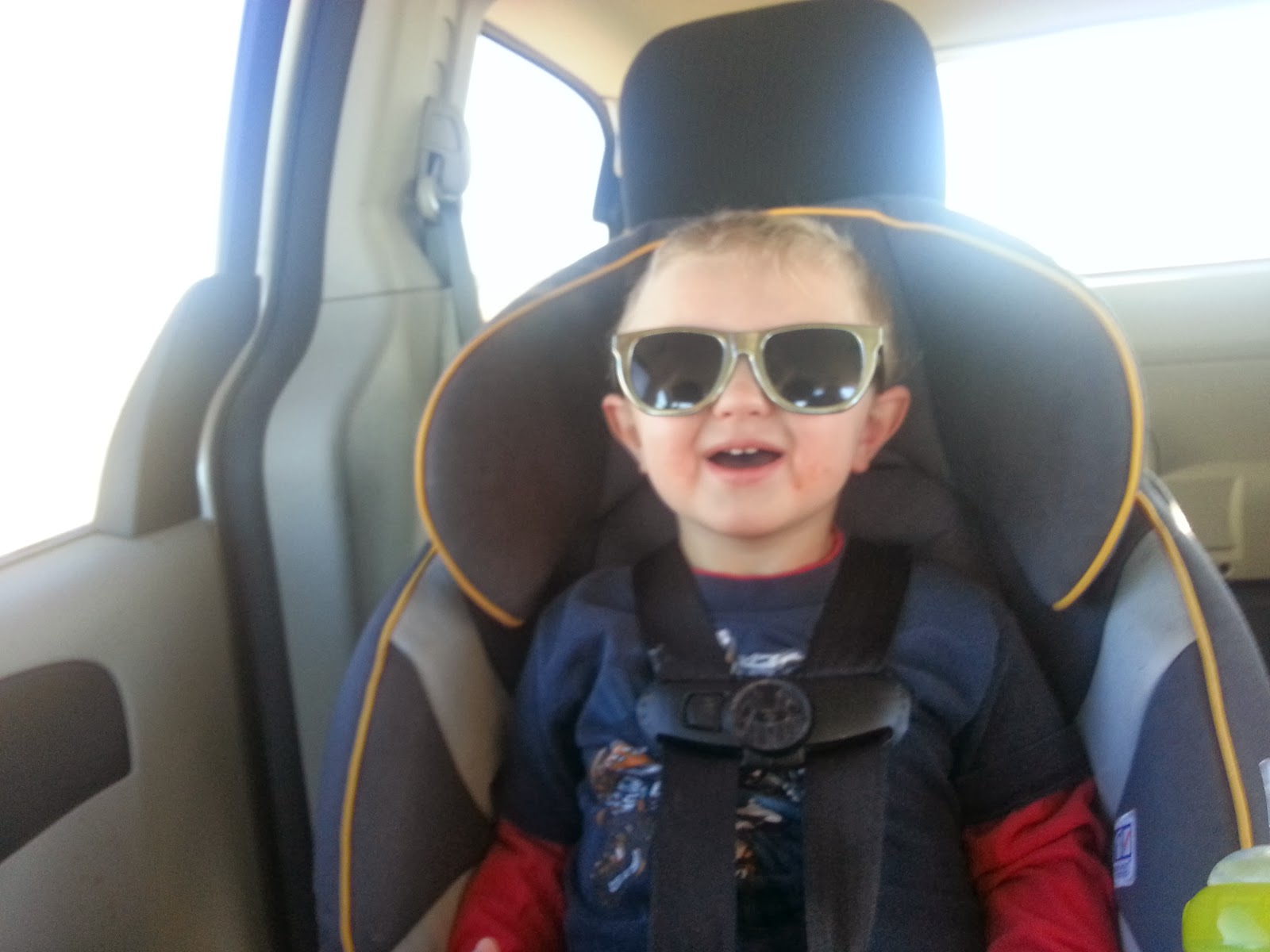 The boys enjoyed all their toys, Dominic got a "Mac" truck and Christopher got some nesting boxes and they are still playing with them. Of course there were many more presents from grandparents, but these were the favorites of the day.


And other than that, we've been enjoying life in general. Christopher is really starting to make progress with his speech as he is starting to babble with different sounds than just his standard "eeeee". He is also following directions a lot better, though we're still struggling with some hitting that is frustrating, but we're plugging along. Dominic is wearing his glasses more frequently but it still isn't all the time and we're still struggling with that. Though when he wears his glasses now it is usually because he has asked to wear them, so I'm taking that as a positive line.

Posted by Jeanine Spano at 3:11 PM