Since Christopher was sick Wednesday into Thursday, we missed his speech therapy appointment yesterday because the person that comes has small children at home, and she was definitely not interested in passing along whatever it was he had. Thankfully, after getting sick again yesterday afternoon, he seems to be on the mend. 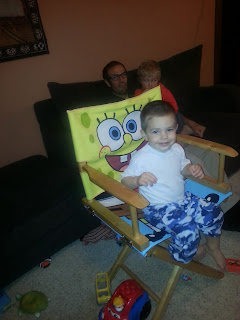 I'm still really struggling to get Dominic to wear his glasses. I am at a complete loss. And deep down, I'm wondering if maybe the reason that he doesn't want to wear them is because they aren't a good fit but he can't verbalize that? The reason I say this is because he is supposedly extremely far-sighted (that's the one where he can't see up close right?!), but one of the things we've been trying to use as "glasses time" is when he's on the tablet. But it struck me last night, that he shouldn't be able to see it or do much with it except with his glasses on. But he's putting together puzzles and all sorts of things on that thing. Now, the eye doctor told me last week that he can self-correct, and that is actually what is causing his left eye to turn in, because he is straining it. So last week they put in an eye drop that basically numbed his eye muscles so that he could not self correct, but he still won't wear the glasses. Not during that whole time, not while looking at things up close or far away. So, it doesn't seem to me that he's struggling with that? But what do I know?!

Have I mentioned I know a lot of pregnant women right now? A lot! One of the ladies that I know that is pregnant is a good friend of mine and she is pregnant with #3. She is the one who gave us the boys' entire wardrobes practically. She had a boy first and then a girl and they thought they wouldn't have any more kids after that, but God turned their hearts a bit and now they are excited to welcome another boy! So, now I need to get organized and put together all the clothes and take them back to her! Good excuse to see her new house!

Speaking of Christopher's speech therapy; I took a bunch of pictures to make a flash card book with vocabulary and also to help with communication, so he can "tell" us what he wants. But we went to pick up the pictures earlier this week and they are awful. Like really bad, I don't even know if he would know the slice of cheese is a slice of cheese. So, I guess I better use the real camera to do it... 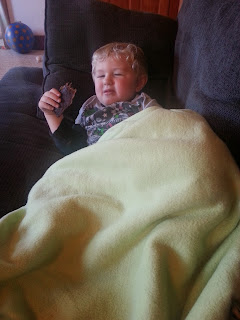 Dominic's speech is getting a bit better, but he still doesn't seem to have actual conversations. If anyone has any tips on getting him away from just repeating and actually responding appropriately, I'll take them. Of course, if you just want to tell me that this comes with time, I'll take that too. :) 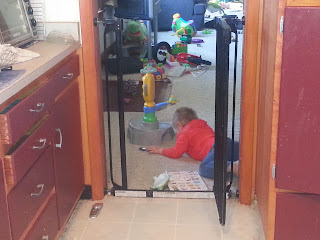 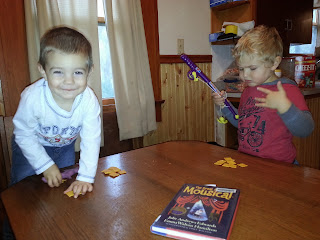 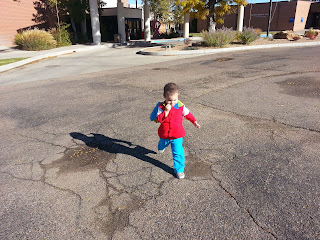 For more Quick Takes, visit Conversion Diary!
Posted by Jeanine Spano at 10:48 AM