There has been so much happening with the situation with Christopher that I haven't updated much recently. I mentioned before that our insurance adjuster told me that we should be able to get an autism evaluation covered through our mental health portion of our health insurance, so I set out to figure out how to do that. A friend on Google+ mentioned that they had the evaluation done for their son with a psychiatrist and so I decided to look into that. Another friend mentioned the Autism Speaks website as a good source of information and so that's where I decided to search. I found an impressive list of Colorado providers, and basically just started calling the stand alone psychiatrists on the list. I got one call back (eventually I got a second one, but not until after we'd already been scheduled with the first one for a week), and it was actually the doctor himself. He spent about 20-30 minutes on the phone with me getting a basis and then we scheduled. 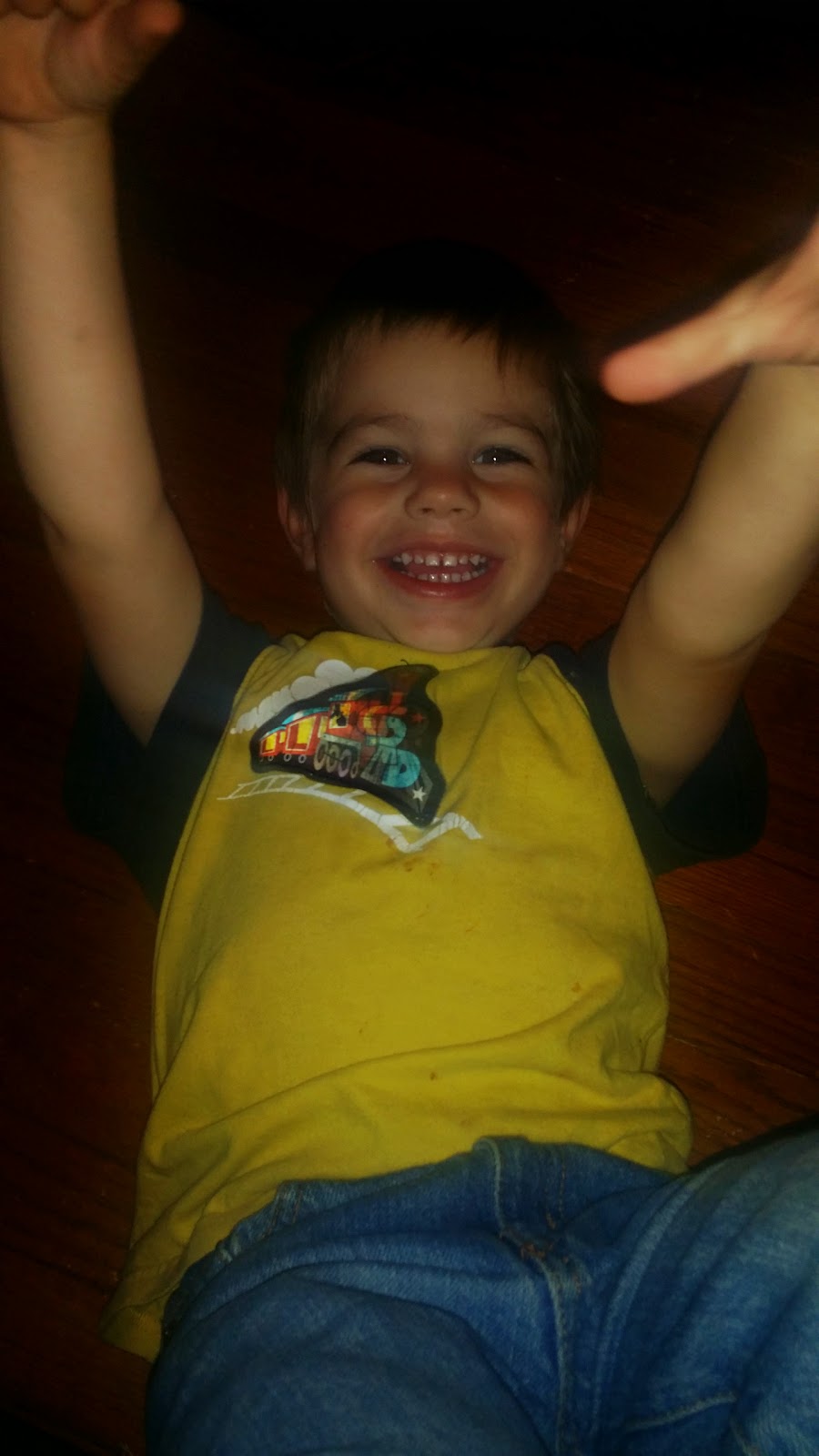 It was about a month out, but that was much better than the 3 months or more that we had to wait for the Children's Hospital appointment. He checked on our insurance and gave us an estimate for out of pocket expenses.

The appointment was this past Friday in Ft. Collins, CO, which is about 4 hours from us. We decided to get a hotel room so that we didn't have to leave at 3 or 4 in the morning (9am appointment), and that way we could enjoy an indoor swimming pool and relax a little. On the way up, I talked Jason into staying an extra night even. 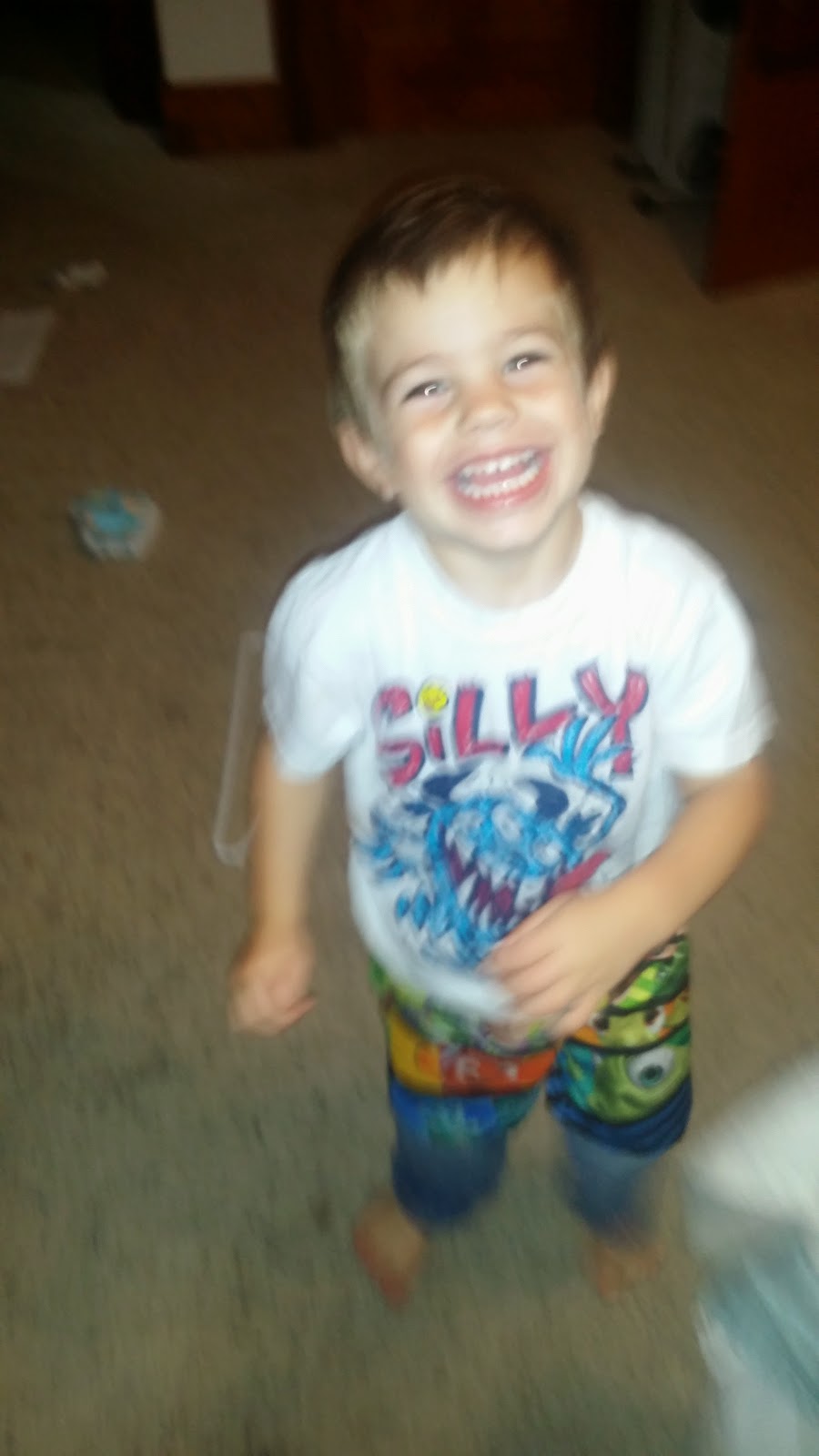 I was so nervous before the appointment. While, I didn't have many doubts prior to the appointment that Christopher would be somewhere on the spectrum, I'd be lying if I didn't say that I was hoping that one morning he would wake up speaking in full sentences. The first hour and a half maybe was spent with just me and the doctor going over history; from pregnancy to right before the appointment. He asked about a myriad of different things: does he play well with other kids? (no) does he self-injure? (yes) does he have any hand gestures? (yes) After that he set up for some tests with Christopher. Jason had been hanging with both boys in the waiting room, and took Dominic out while I took Christopher back to the room for the testing. 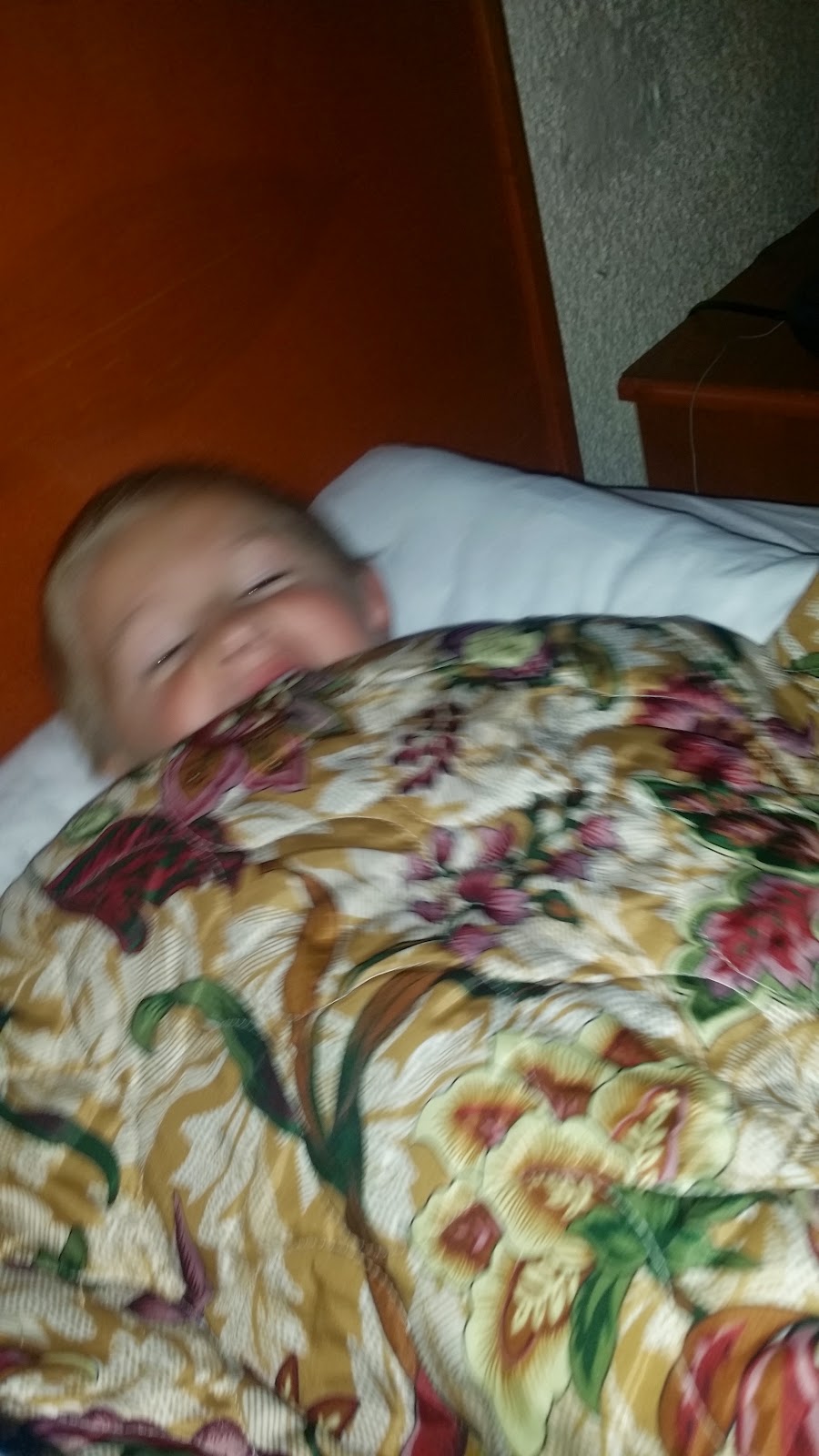 Christopher handled everything really well. We had about 2 minutes of screaming/throwing his head around and hitting me, but the doctor was really great with him and brought over a clock he had noticed Christopher liking and that pretty much eased him in. He wasn't able to do any of this testing really. The doctor showed him a series of pictures and wanted Christopher to pick out something specific. He tried several times, and had me try as well, but Christopher wouldn't even look at the pictures. He got out some colored blocks and Christopher was very happy with this, but the doctor was going to have him do some specific things, like stacking certain colors and only a few blocks; Christopher was having none of that! He kept stealing the doctor's blocks for his own tower. I'm pretty sure that those tests were inconclusive, and he sent us back to the waiting room again while he got an assistant and set up the room for the next series of tests. 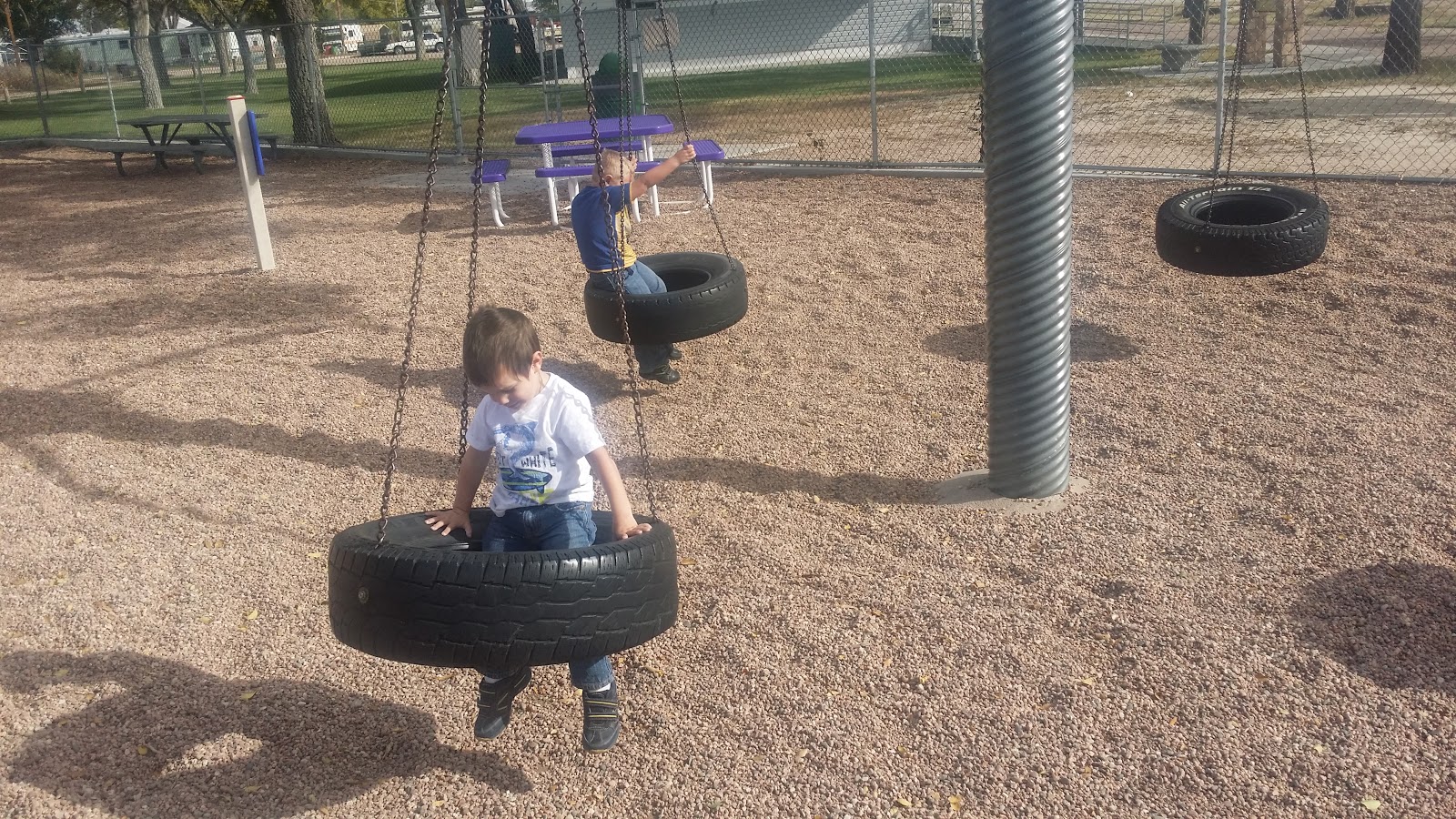 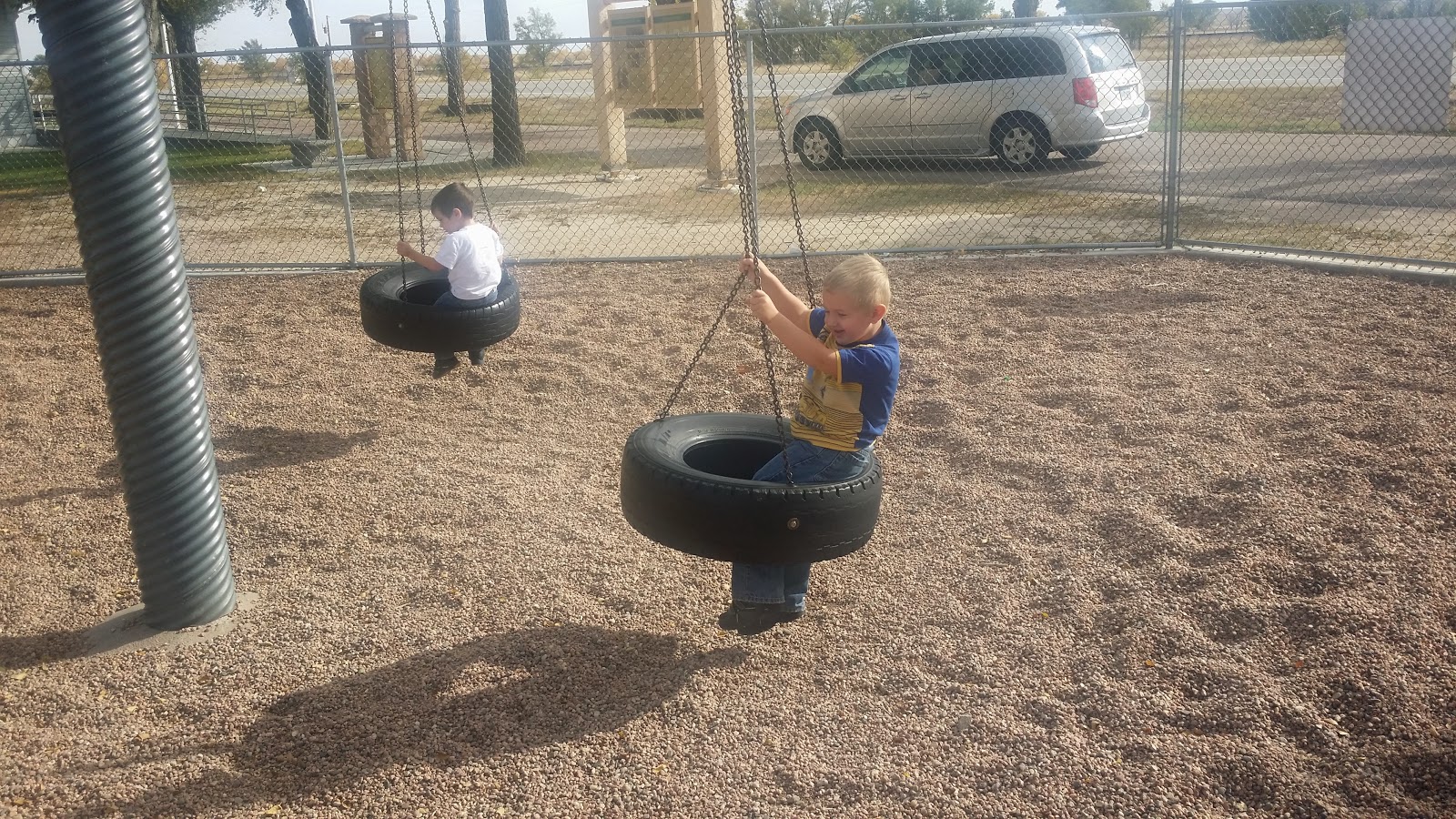 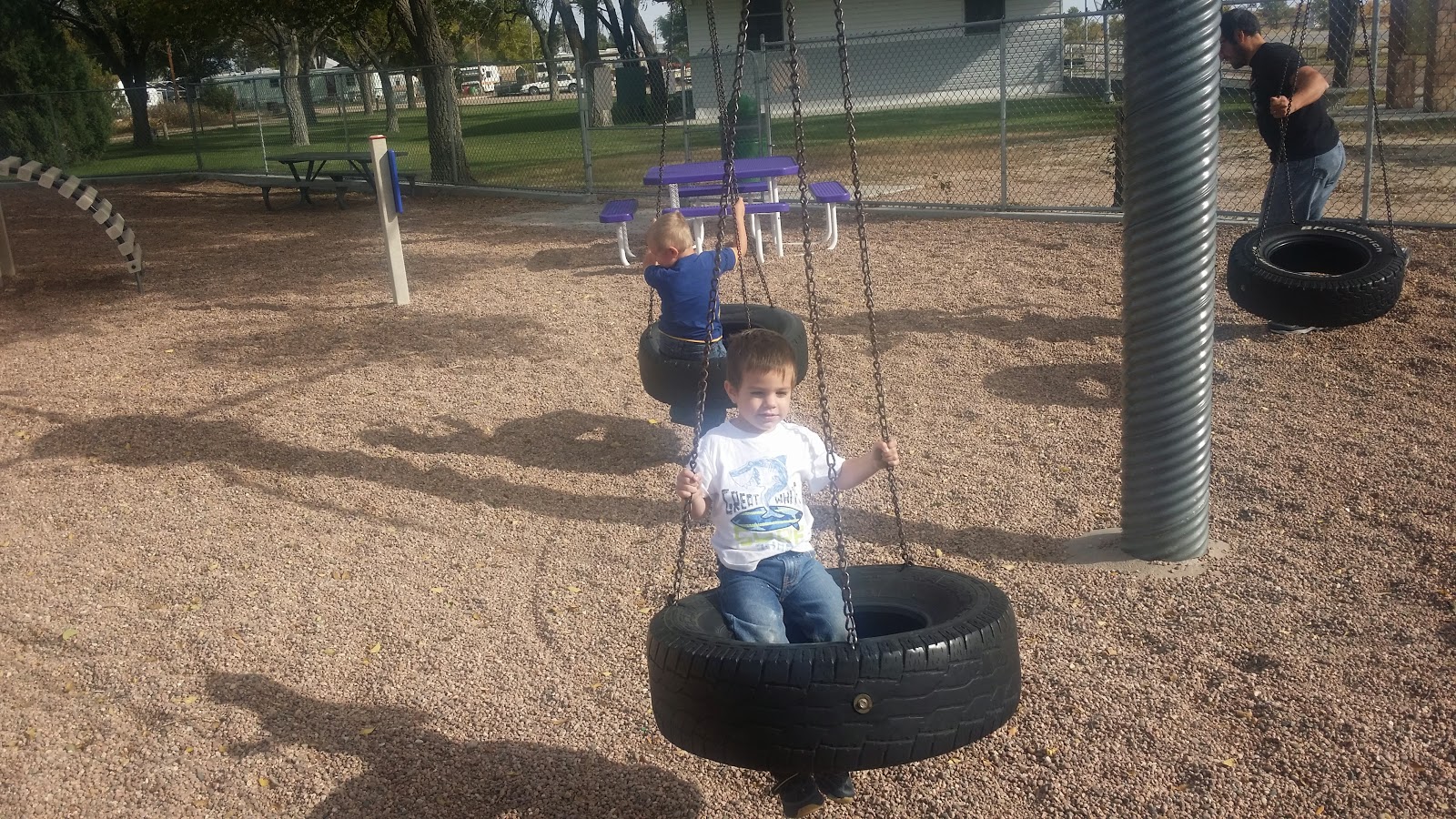 This last set of tests was interesting. I was not allowed to engage unless the doctor told me specifically to, which was very hard. I found myself wanting to make excuses for him ("he doesn't normally play with those things" or "he's never seen a remote control rabbit"), but I did pretty well with just following directions. Again, it took about 2 minutes for Christopher to calm down and start playing. There were various things he tried to do, like get Christopher to play with anything on his own, try to get him to follow his sounds, anticipation for tickling. At one point it was time for the doll's birthday party and he tried to get Christopher to take part in the birthday party, but Christopher just wanted to rip up the cake (play-doh), though he did clap for the doctor when he sang Happy Birthday. There were bubbles and balloons, which showed us the finger flapping that Christopher does (we couldn't remember what specific hand gestures he did, it was so weird, until we saw it). The remote control bunny was what the doctor used to try to get Christopher to look over at something that he was looking at, which Christopher did not do. 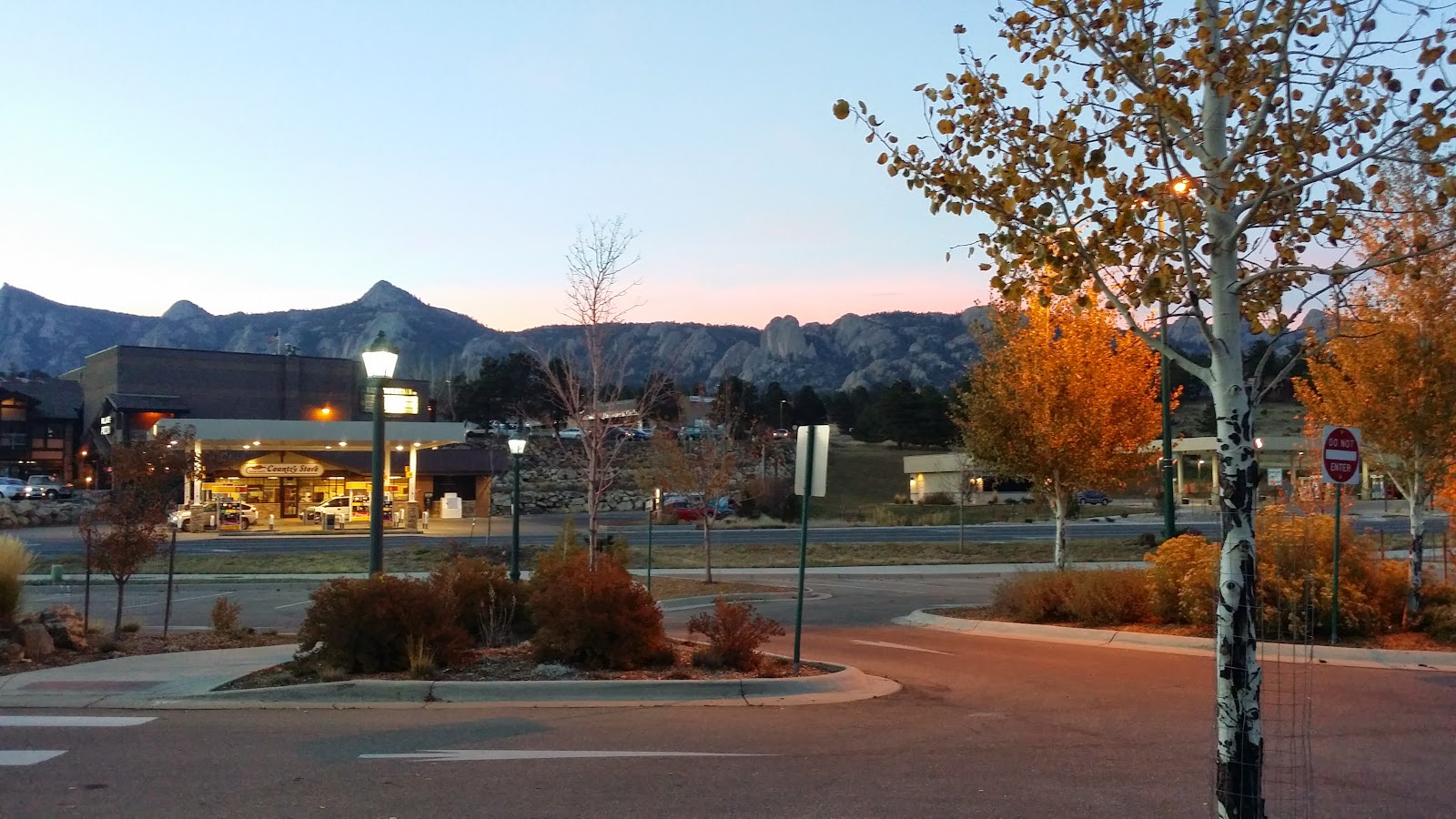 After that portion there were about 4 workbooks that I had to fill out. Lots of questions with does he do certain behaviors and how often does he do them. That was kind of eye opening in and of itself because there were some behaviors that Christopher definitely does that I had no idea were "red flags".

All in all I think things went really well. Christopher participated so much better than I thought he would do, and he didvery behavior that we've been worried about. The doctor really got to see a full picture of what Christopher is like. There will be a feedback appointment where we will get the diagnosis as well as some start for how to progress from here. And, this awesome doctor of ours, is willing to do that appointment via video chat so that we don't have to make another trek up there. That is winning in my book!

That was a bit of a brain dump. I wanted to get everything down so that I don't forget anything, but if anyone has any questions, feel free to ask and I'll elaborate on anything.