Is There Anybody Out There?

I'm not sure if you noticed or not, but I haven't blogged since MAY!! Whoa! I'm not even sure if I have any regular readers. But if I do, I'm sorry. :)

This post, by nature of having been out of touch for nearly two months, is going to be a bit of word/picture/story vomit.

August 1 was Dominic's birthday! Four years old already! I'm so shocked still that time has gone that quickly. It seriously feels like just yesterday that we brought him home from the hospital. 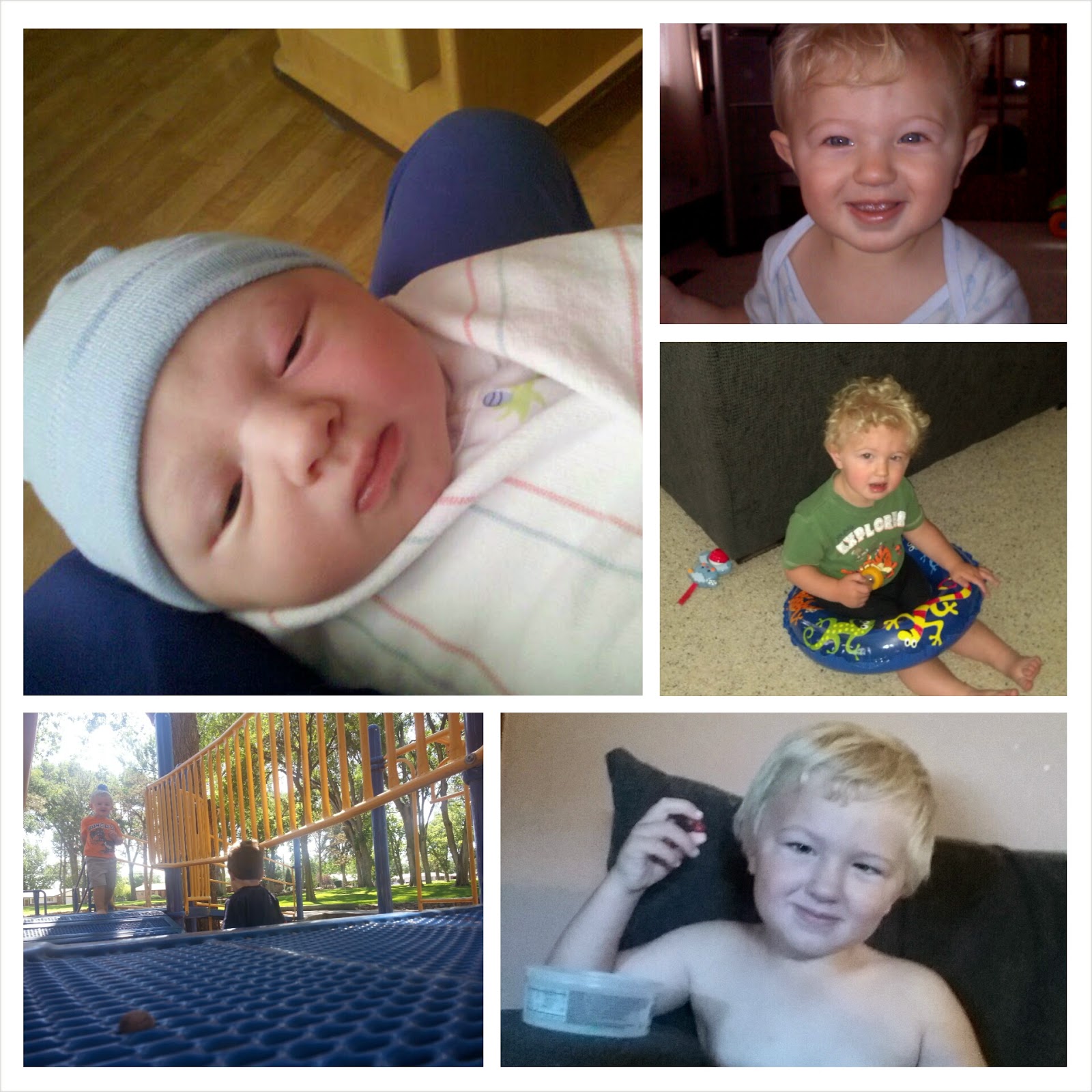 Today is actually the anniversary of his baptism. A wonderful moment in time. I wish I could have saved the scent of the chrism oil on his forehead. And I totally can't find any pictures of Dominic's baptism. I know we have them, I just don't know where!!

At the end of June we took a vacation down to Texas. We drove slowly to get there, resting often at local parks and stopping for food. We went to San Antonio for a couple days and enjoyed the riverwalk. We managed to forget what street the parking garage we parked in was on the first time we went, so that was every little bit of fun that you can imagine. 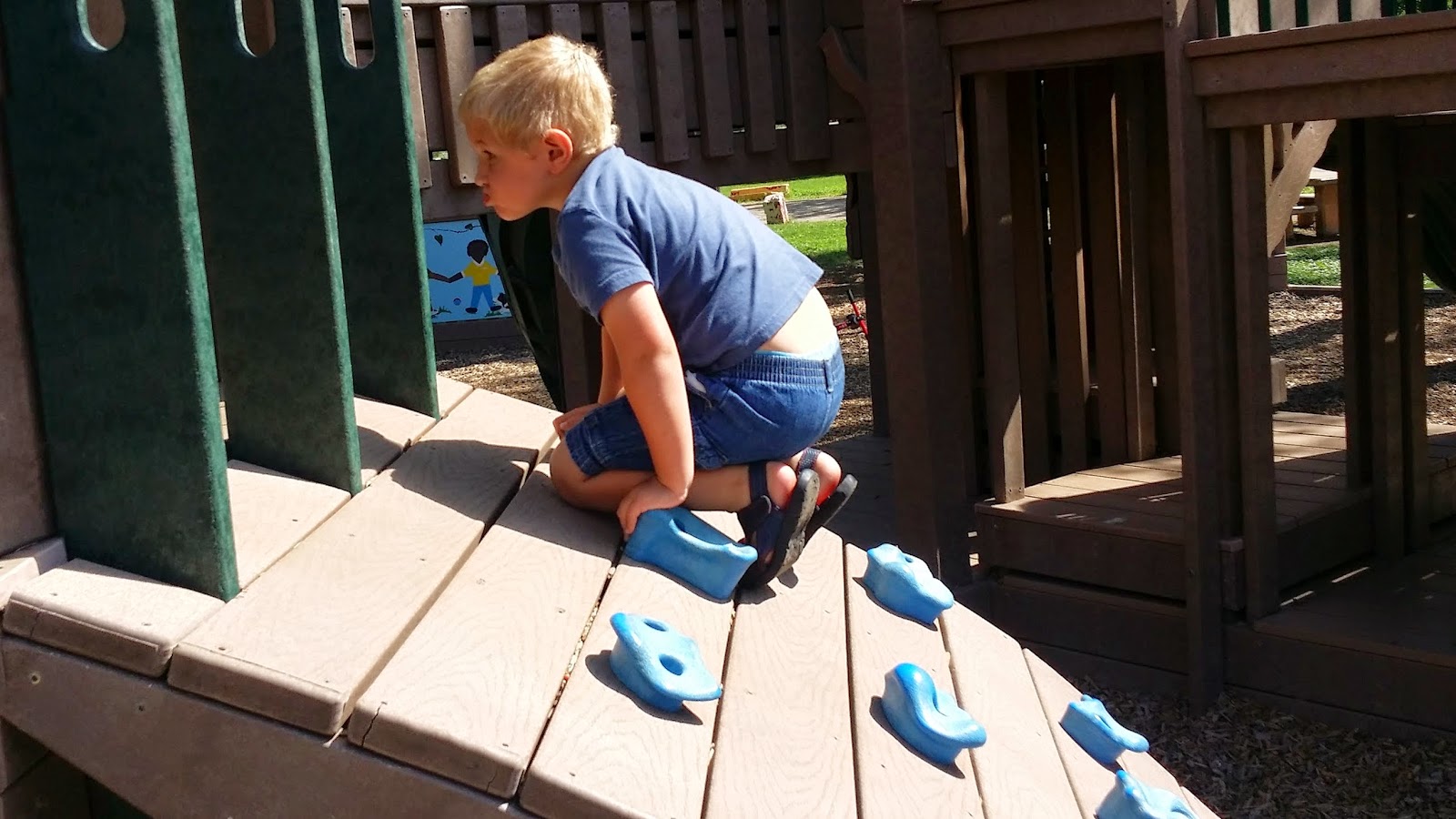 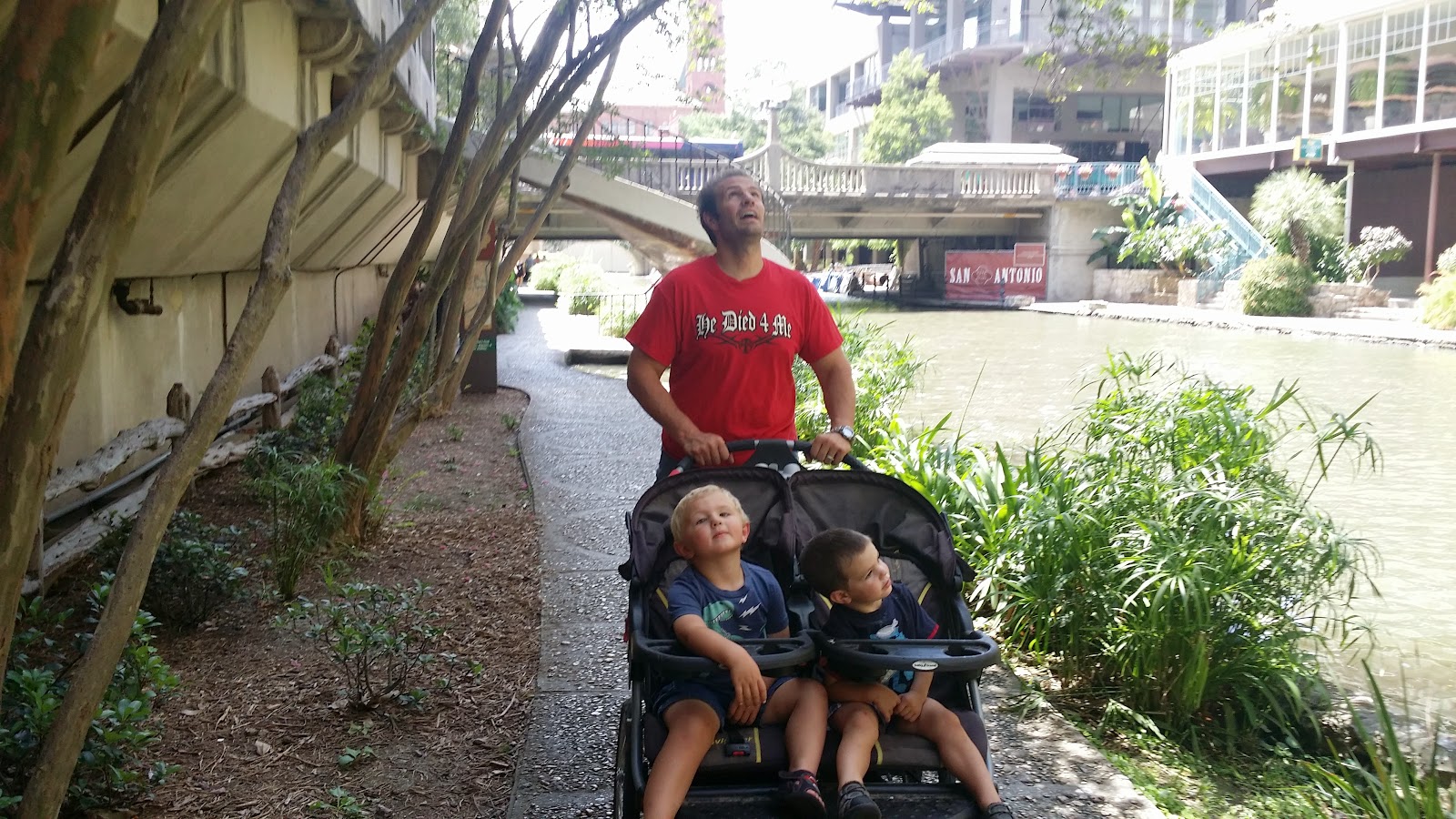 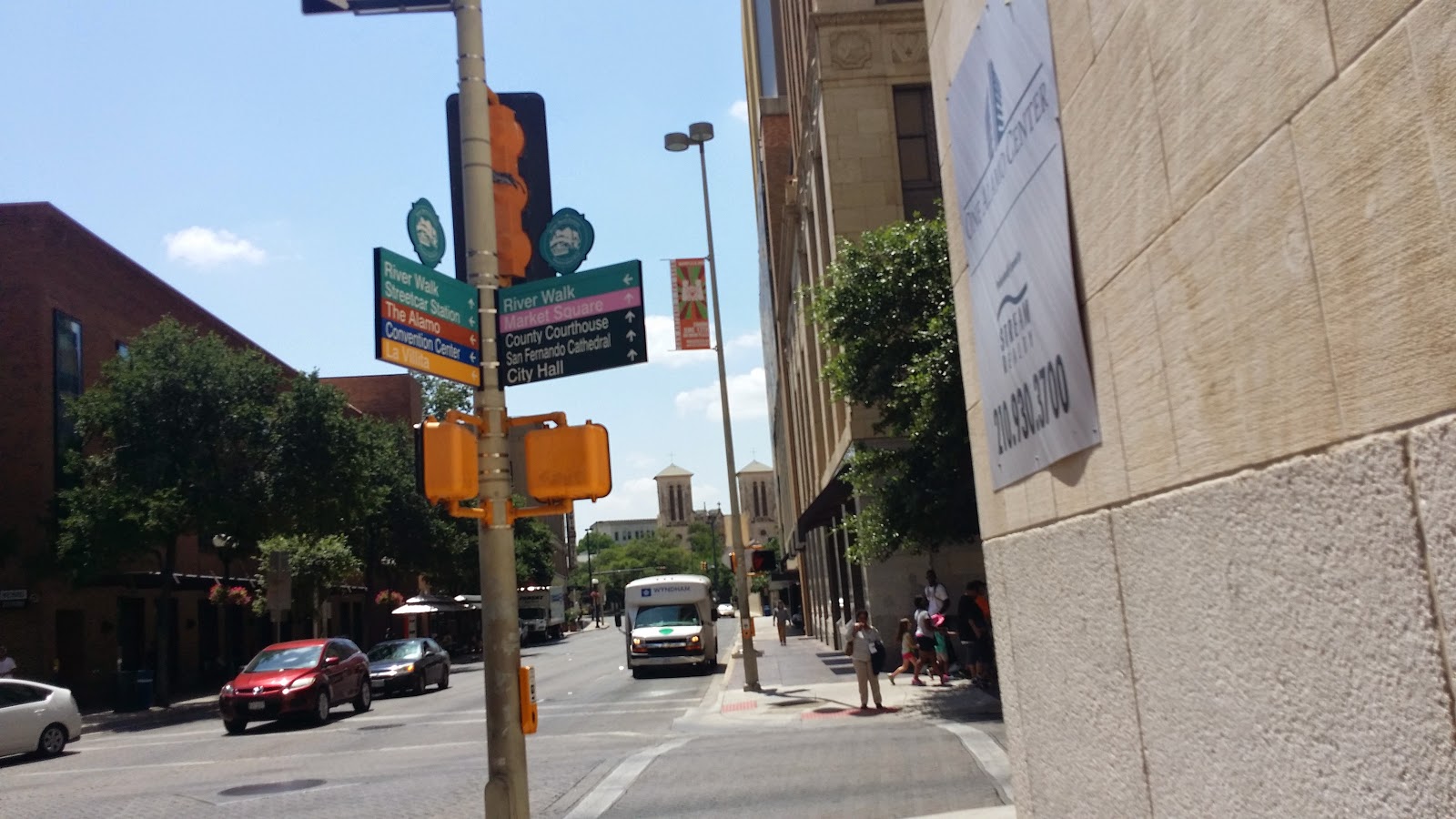 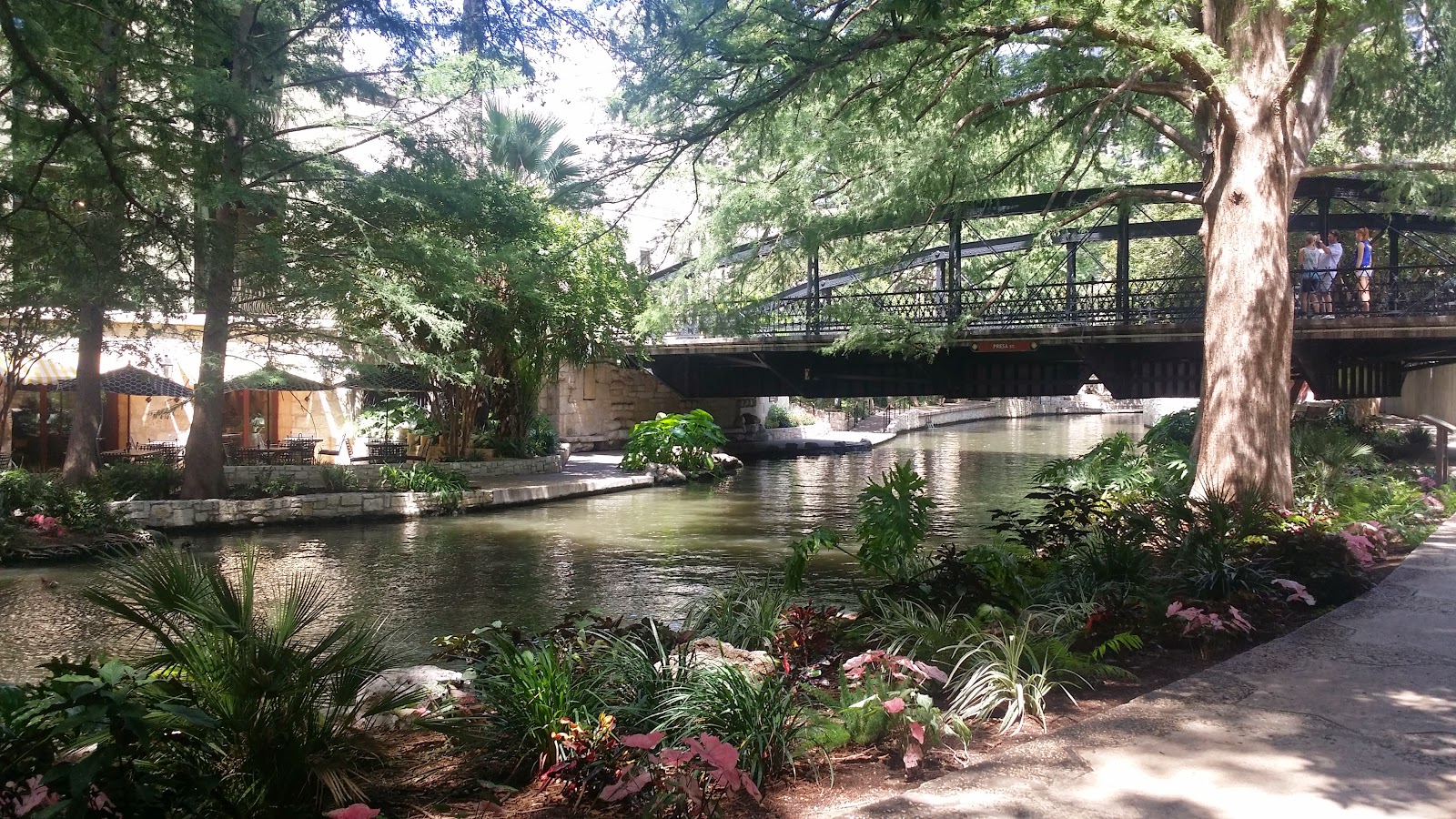 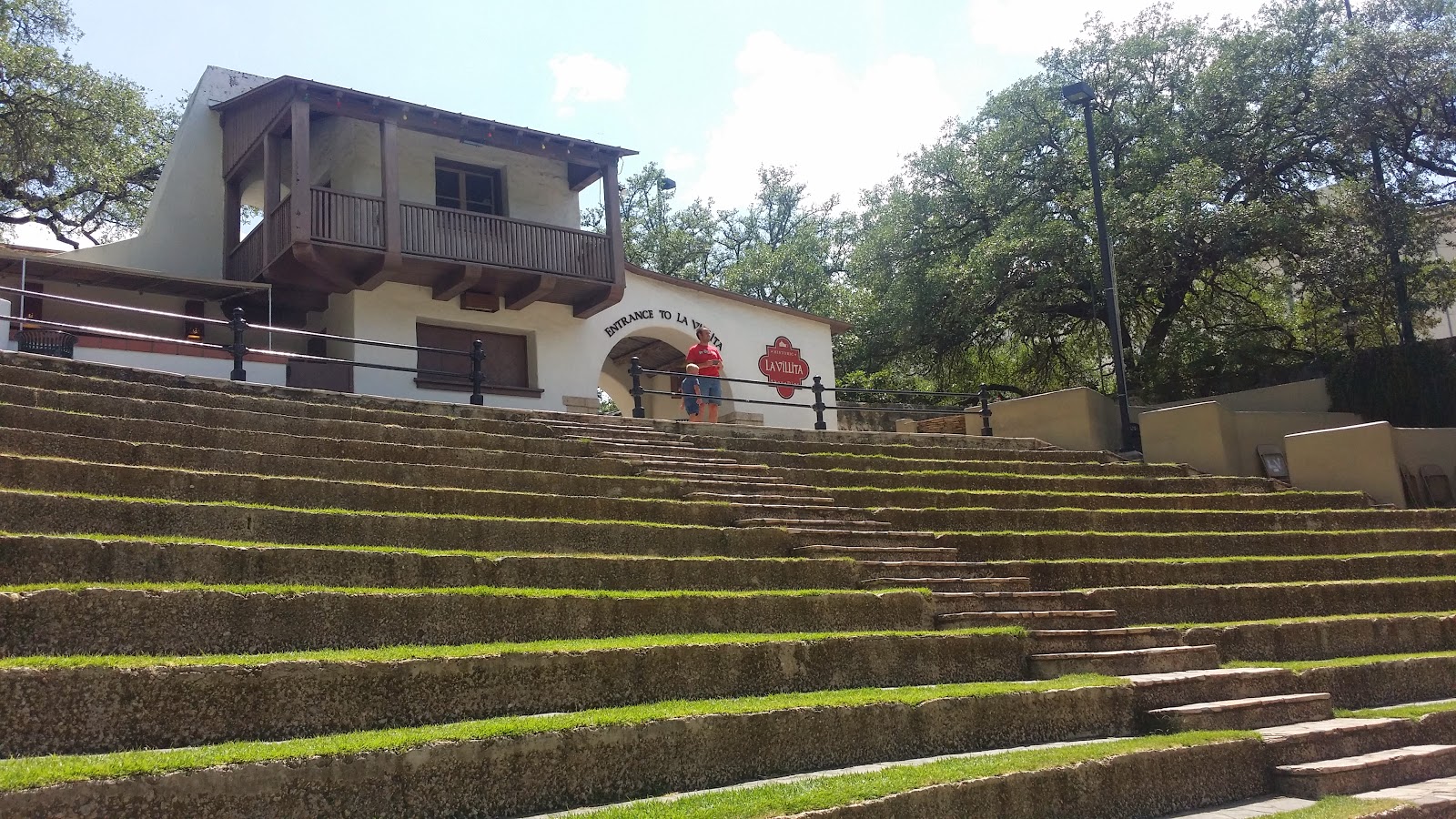 We saw all sorts of interesting things in San Antonio...horse drawn carriages, the Alamo, and even a familiar time traveling machine. 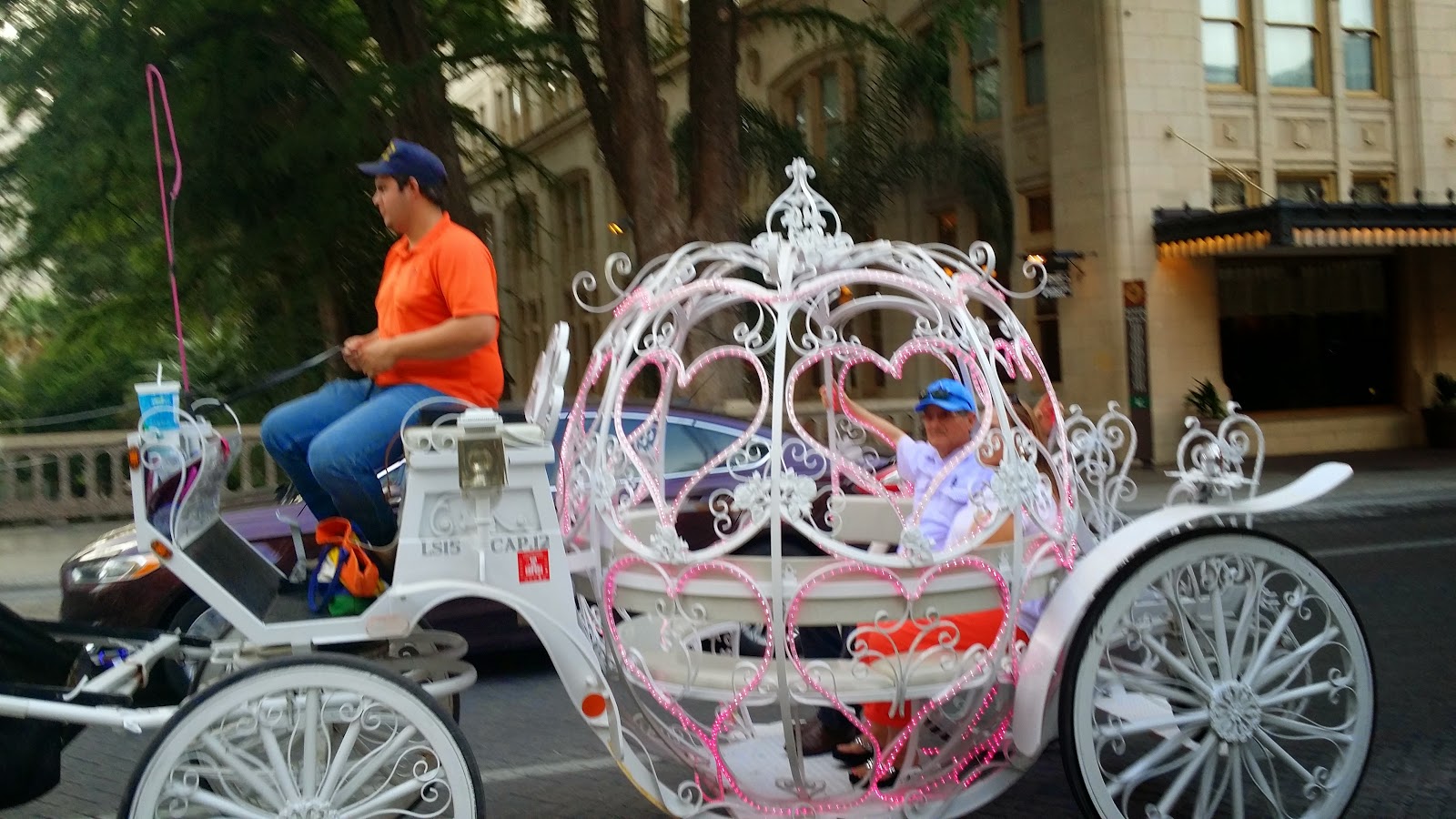 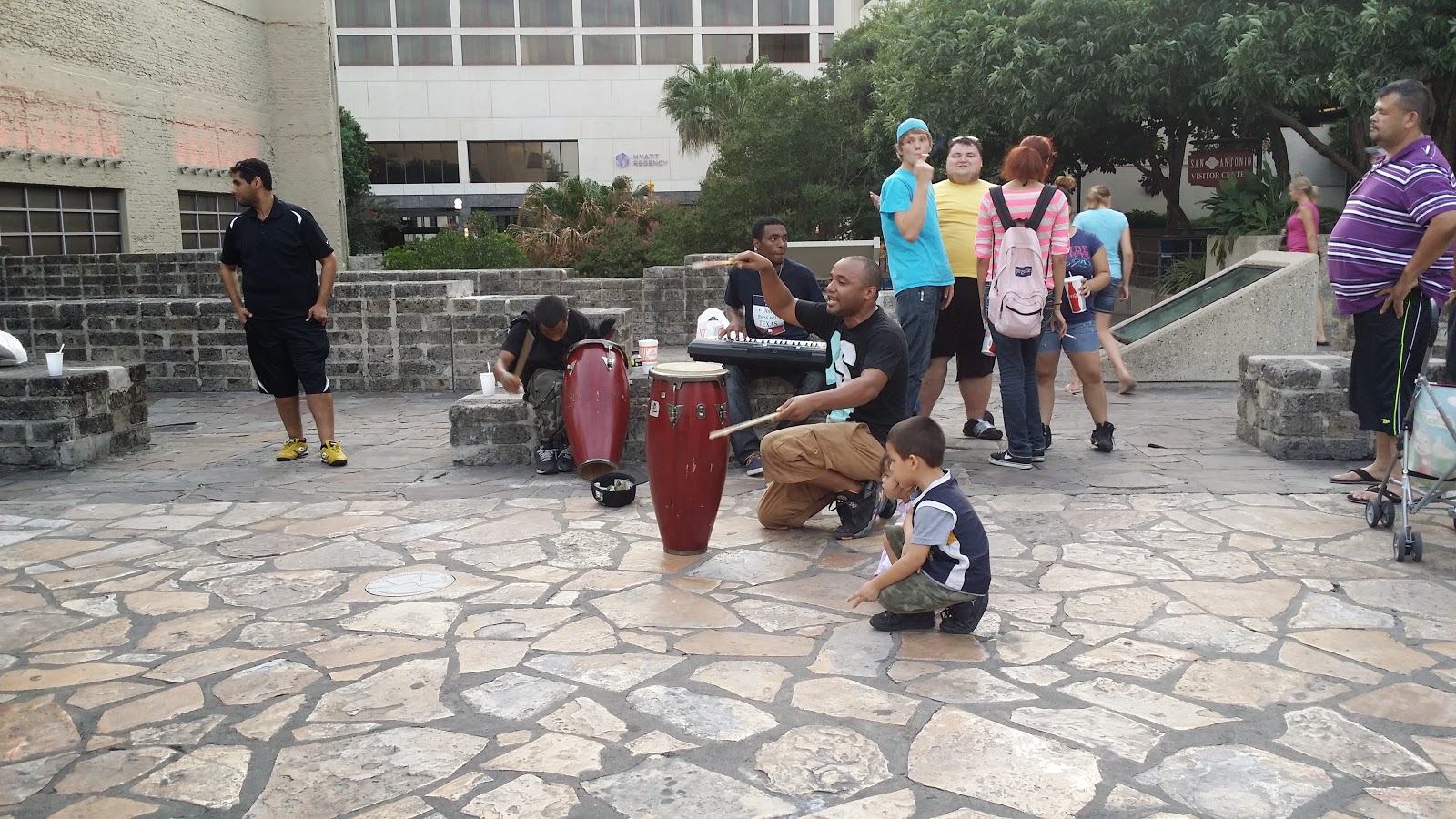 This band was singing in the street and the were really great. As we started walking away they incorporated Jason and the boys into their song. It was very cool! 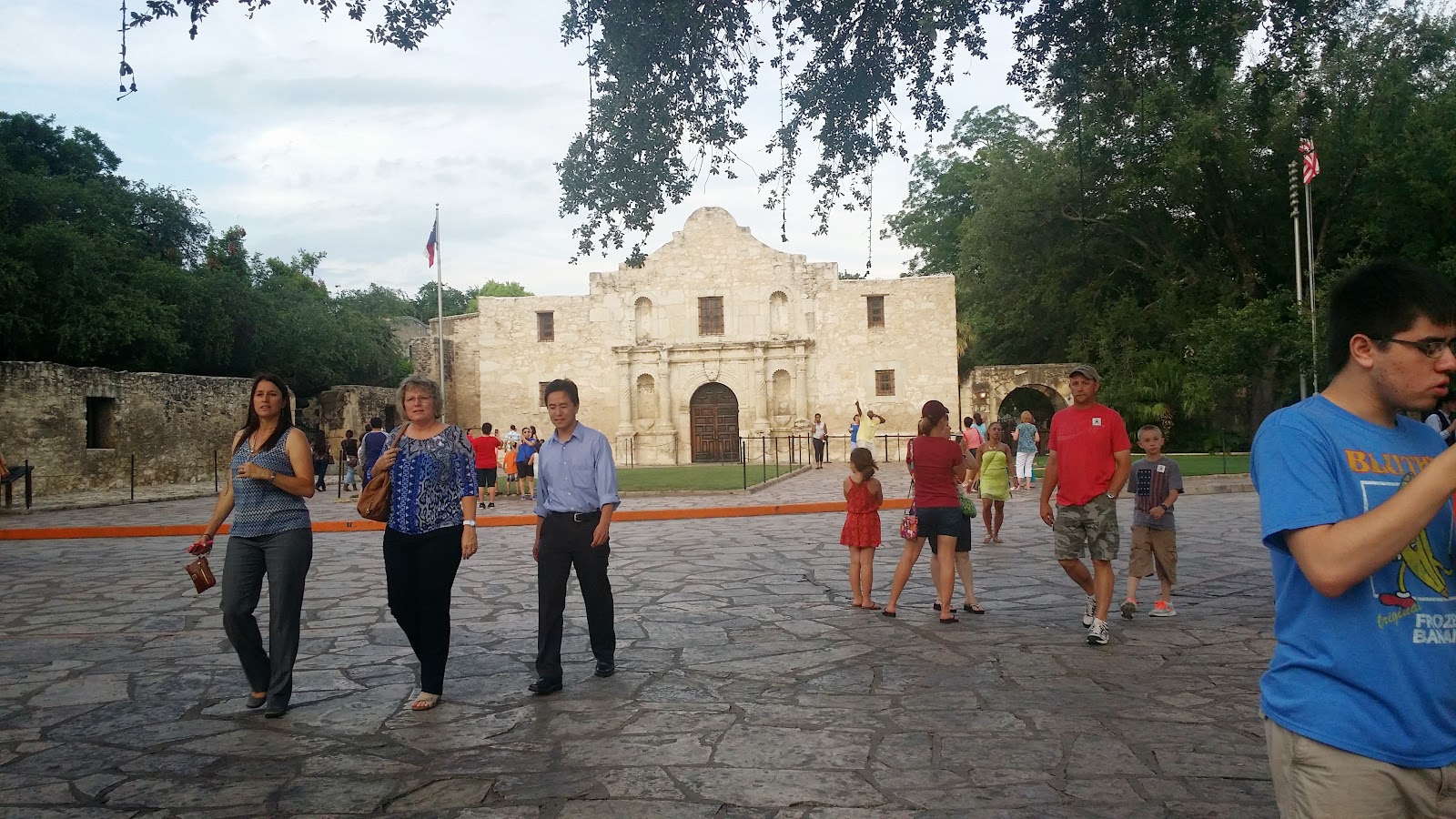 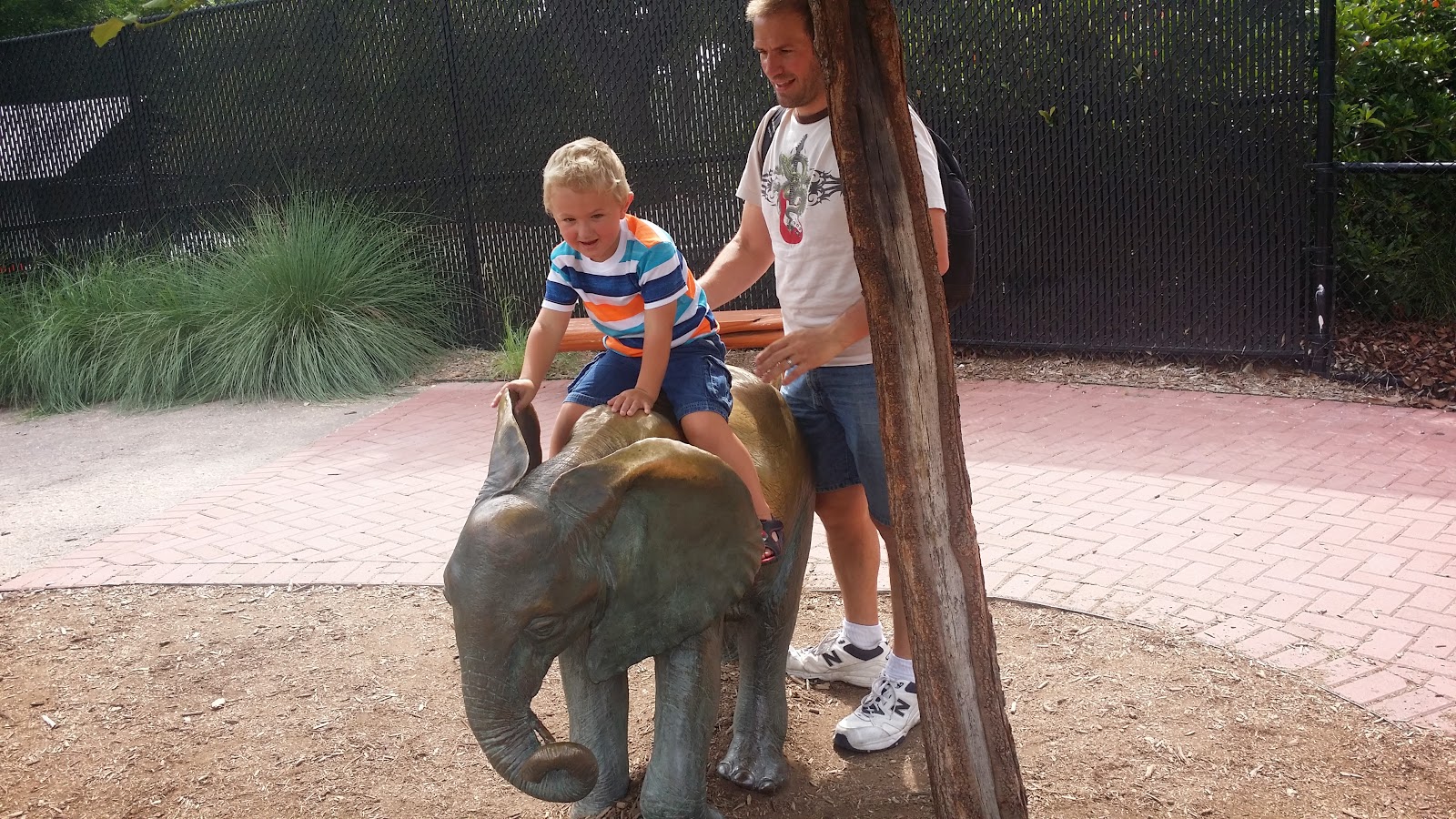 We visited the zoo where Dominic got to ride an elephant. ;-) 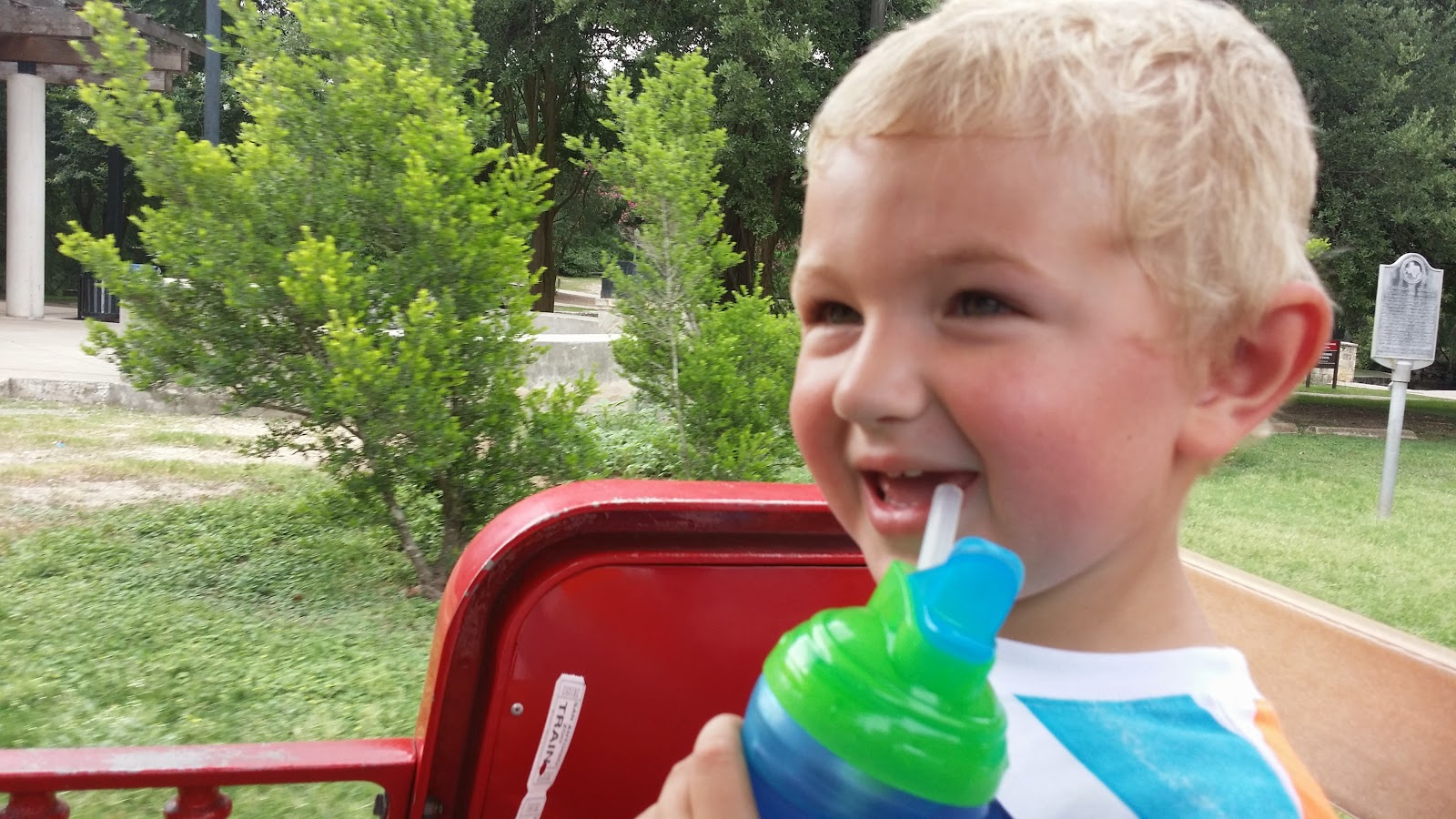 One of our many train rides, this was enough to make Dominic happy for the whole trip. 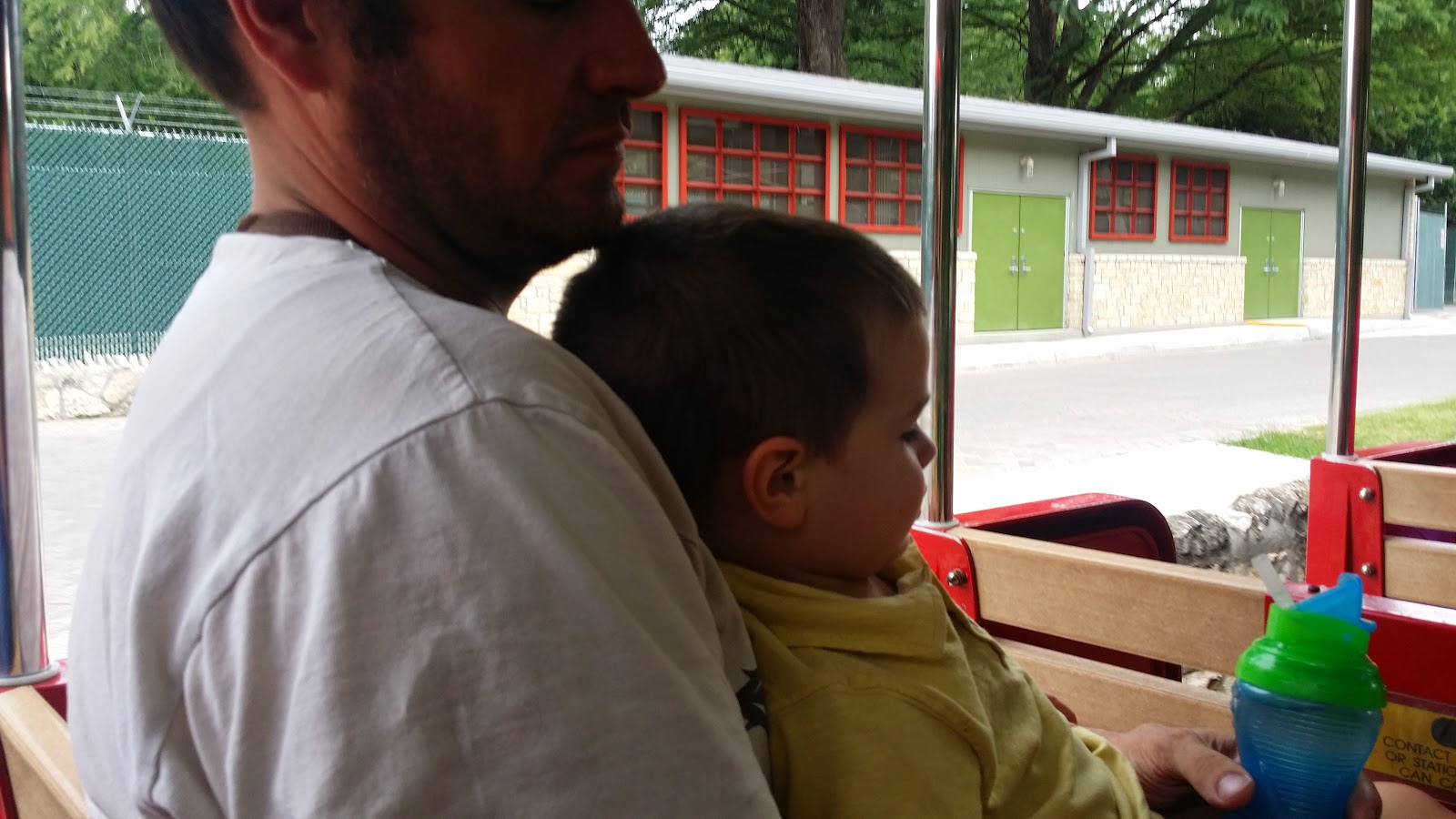 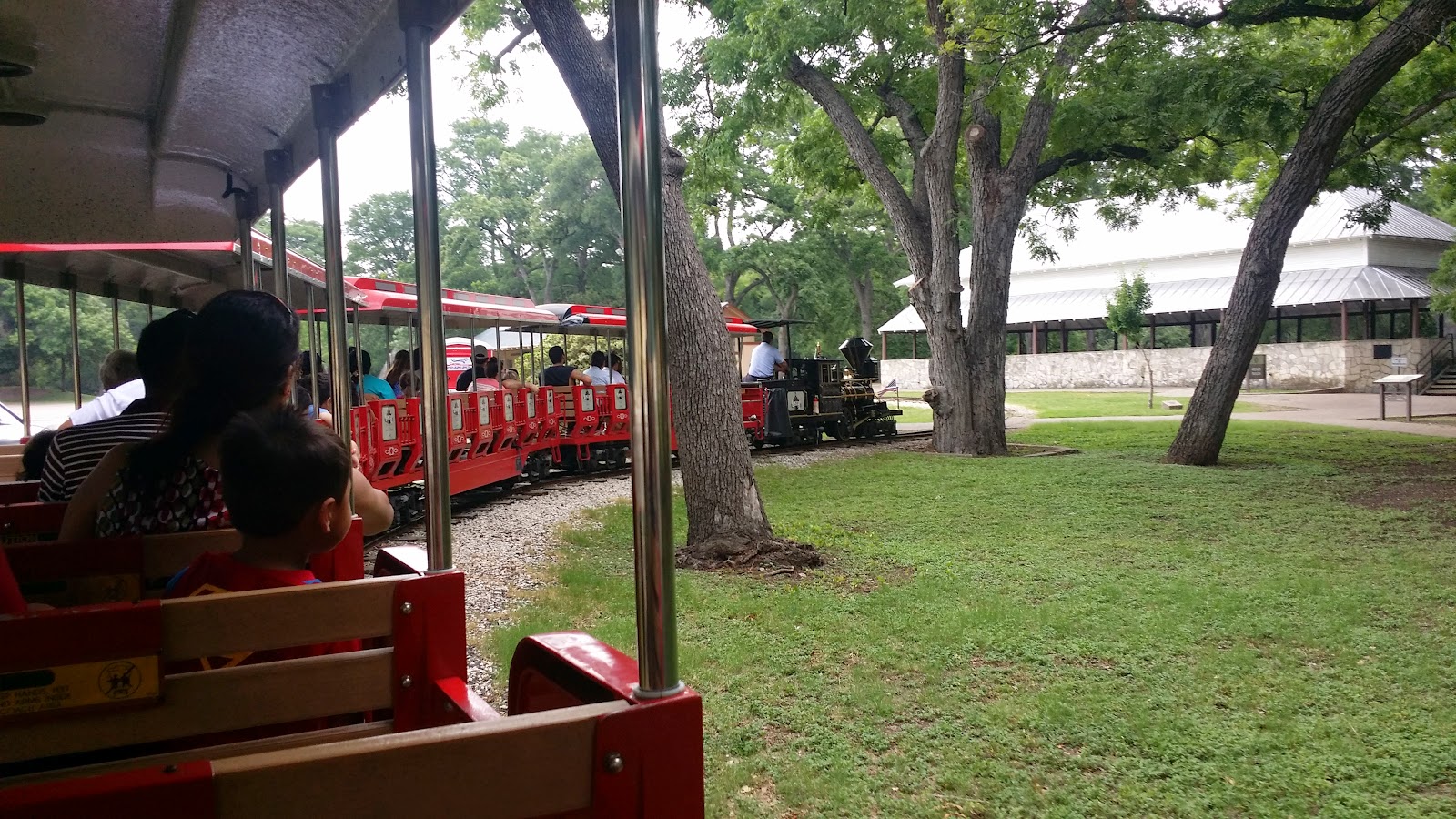 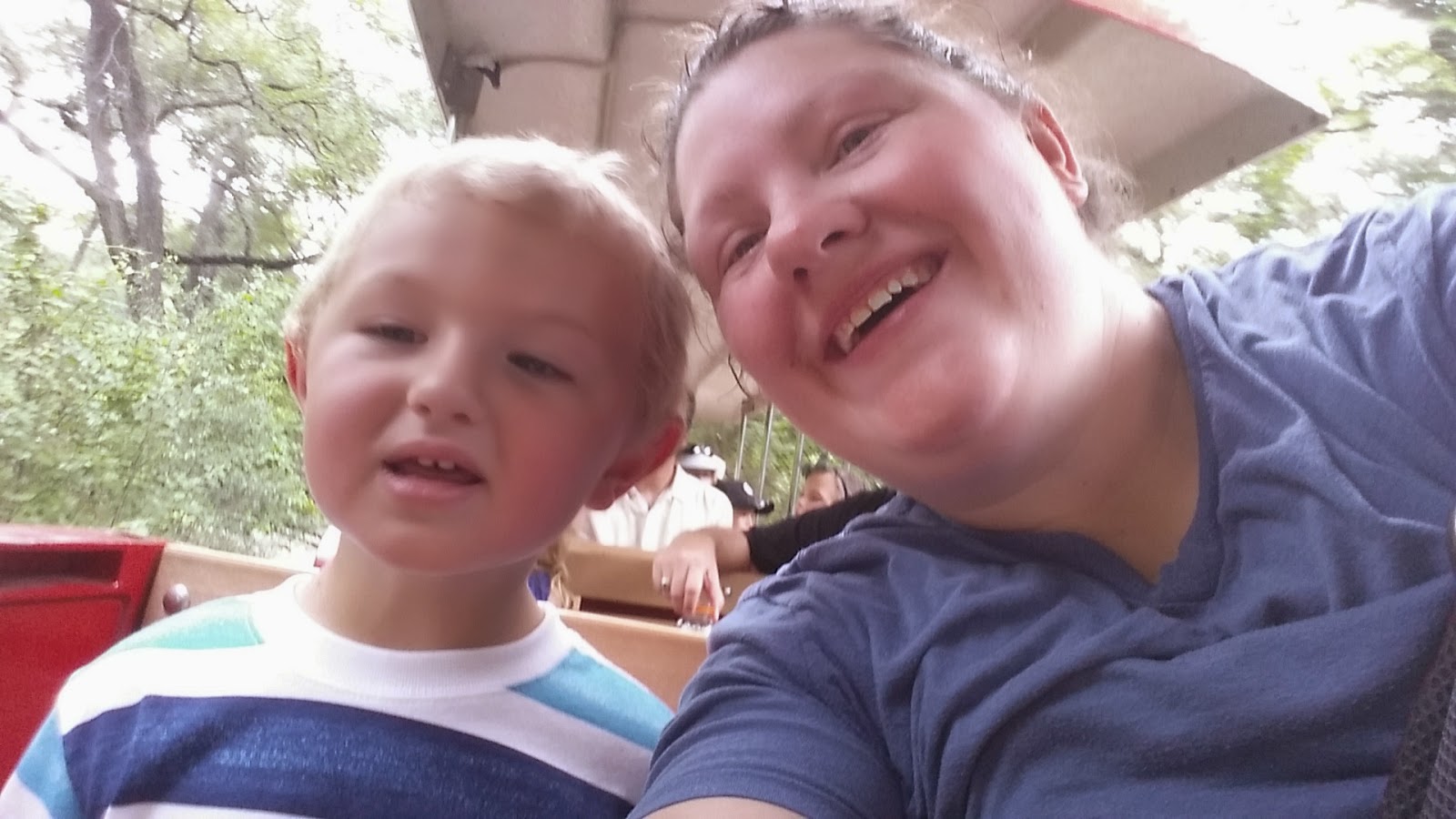 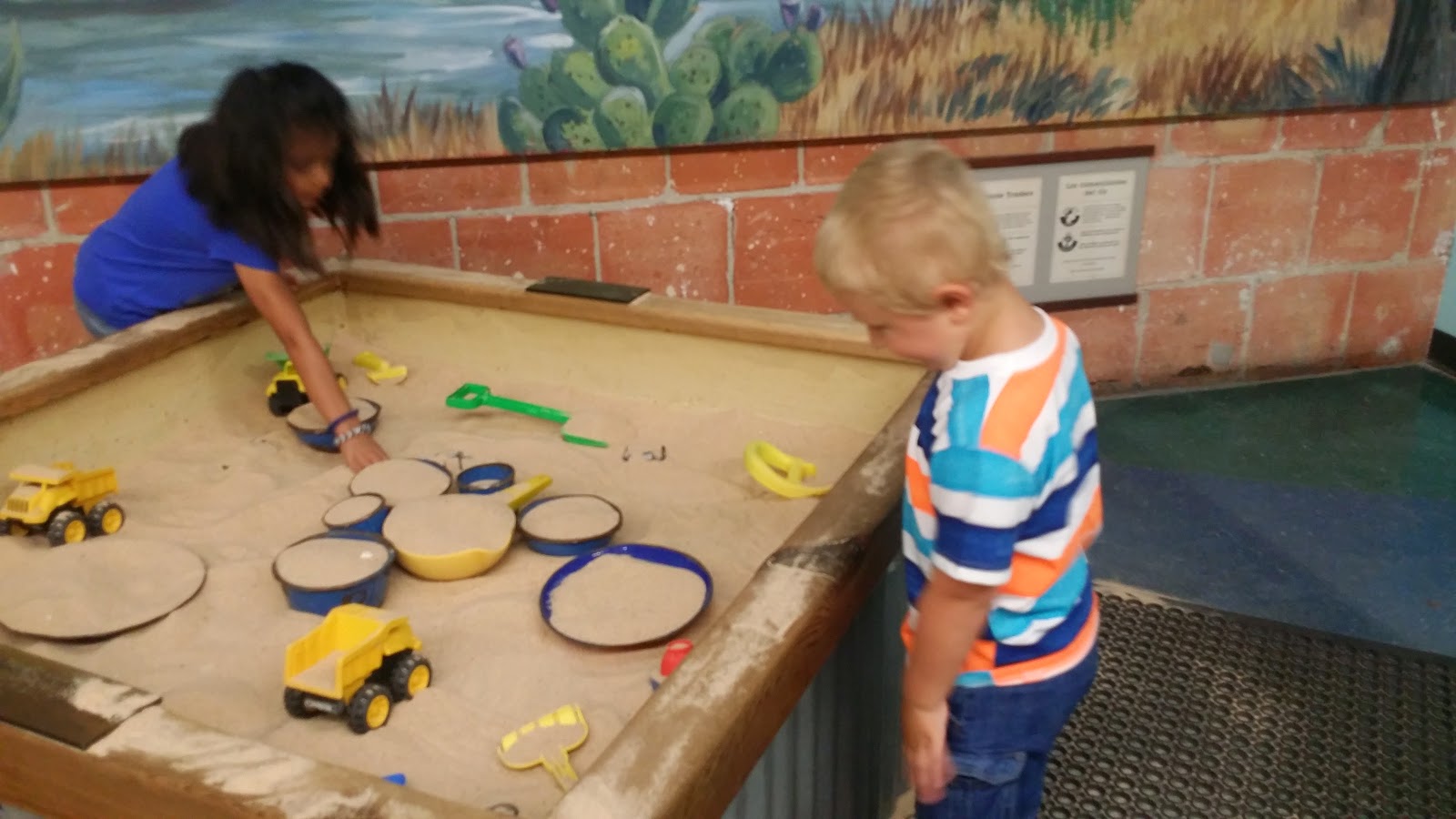 San Antonio had an awesome Children's museum that the boys loved and we spent a long time there. Much longer than I would have thought possible. 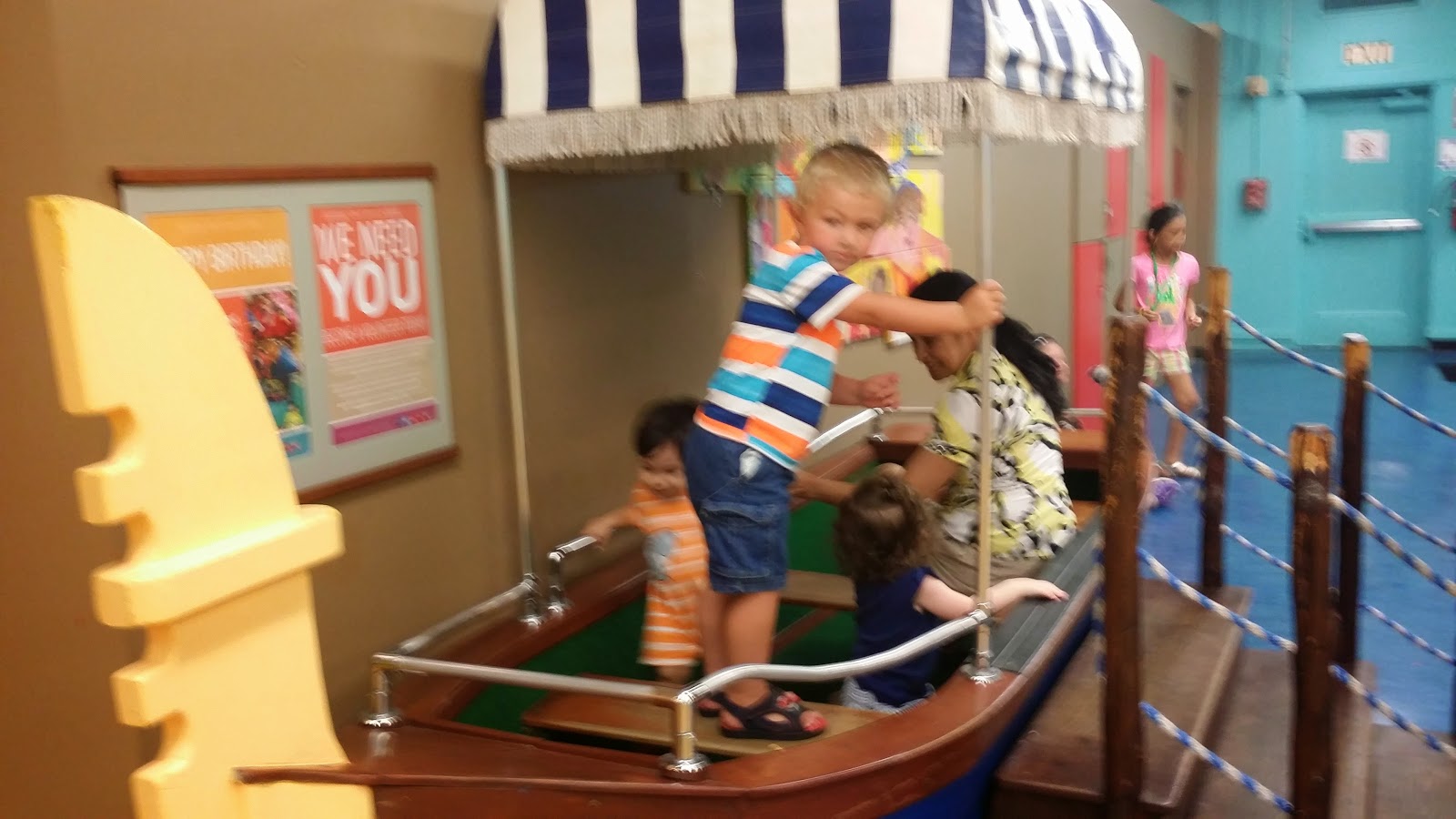 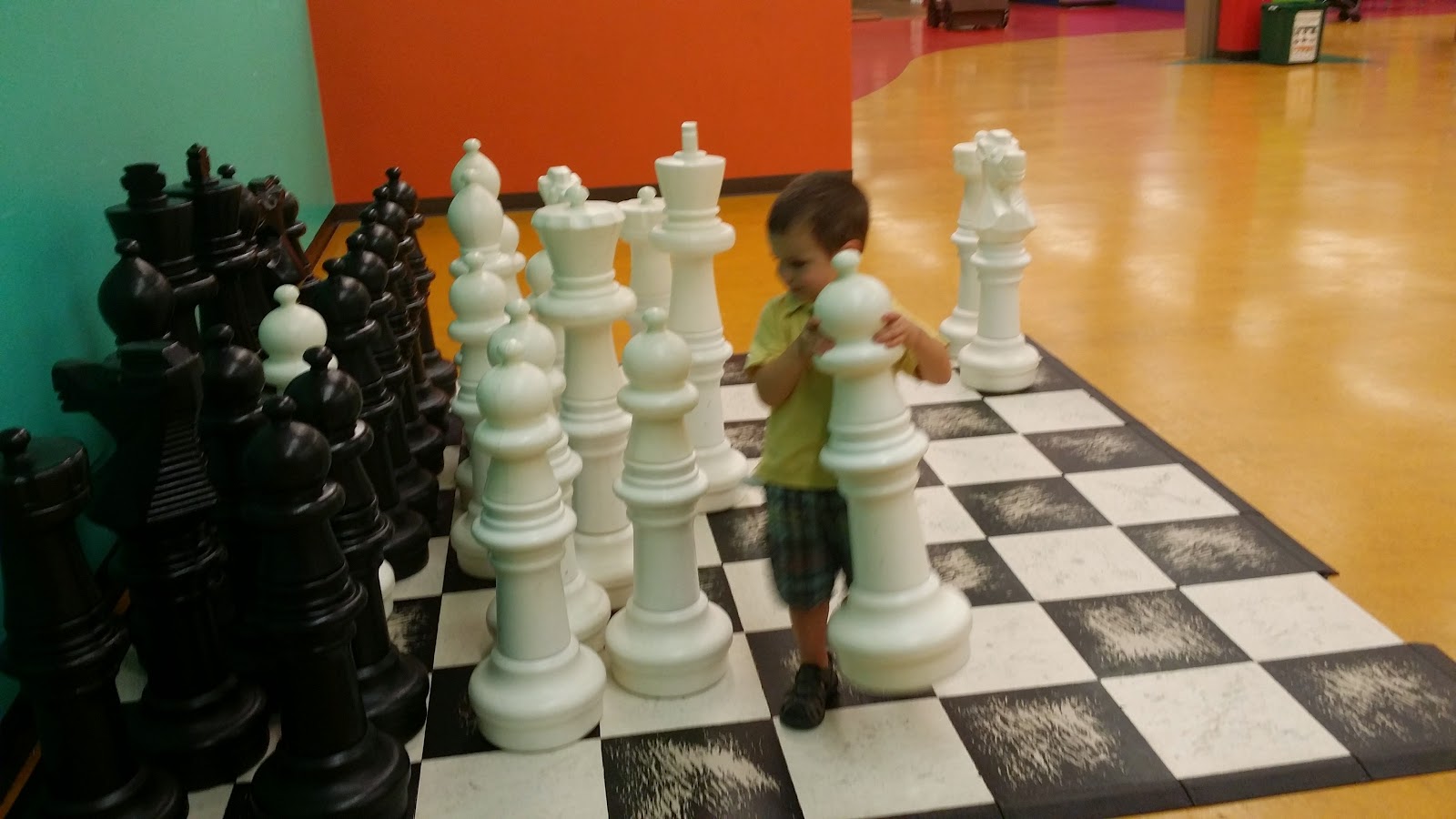 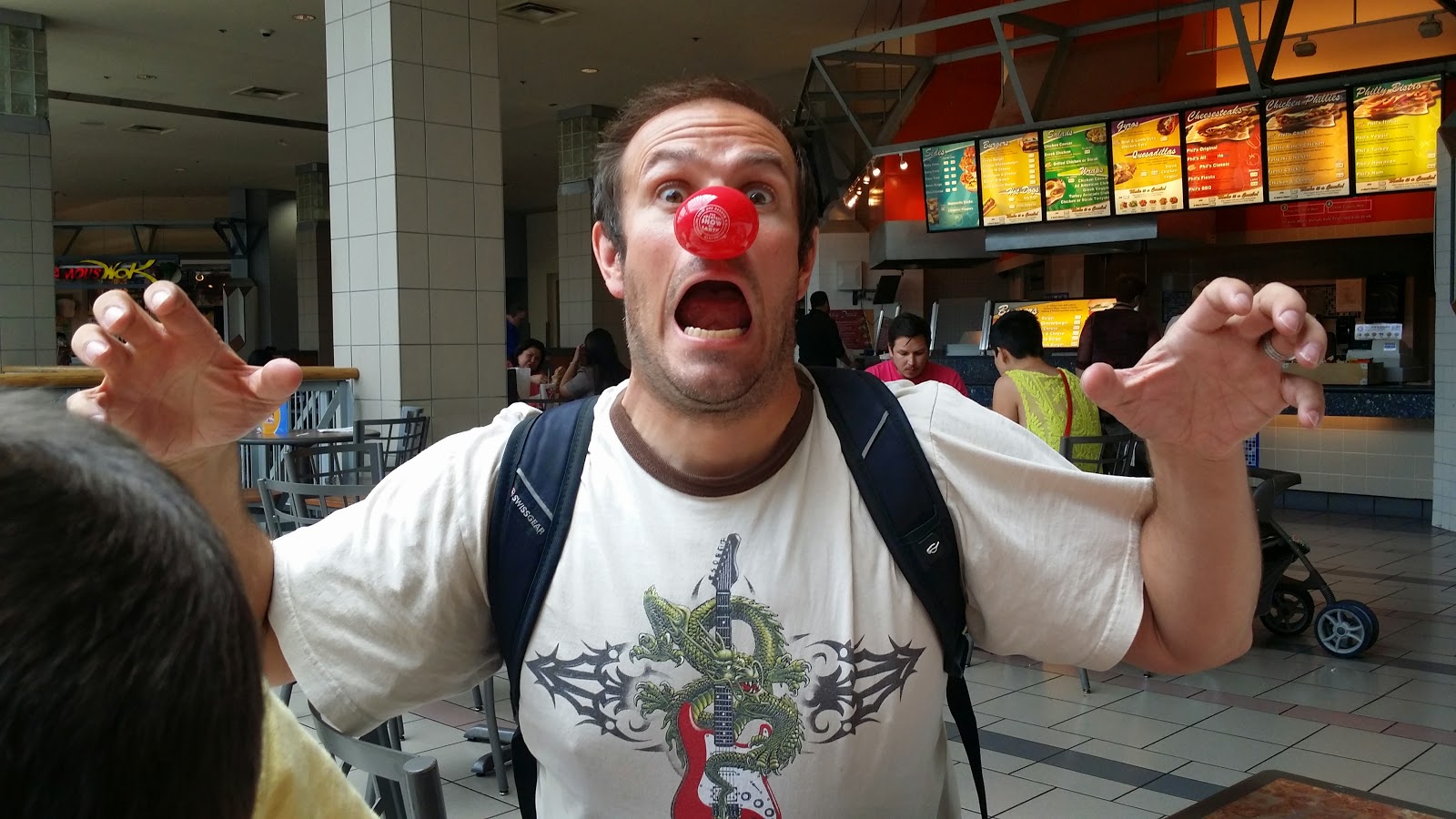 We did not get a golden nose at Chik-Fil-A and win an awesome prize. But there's this so that is even better if you ask me. :) 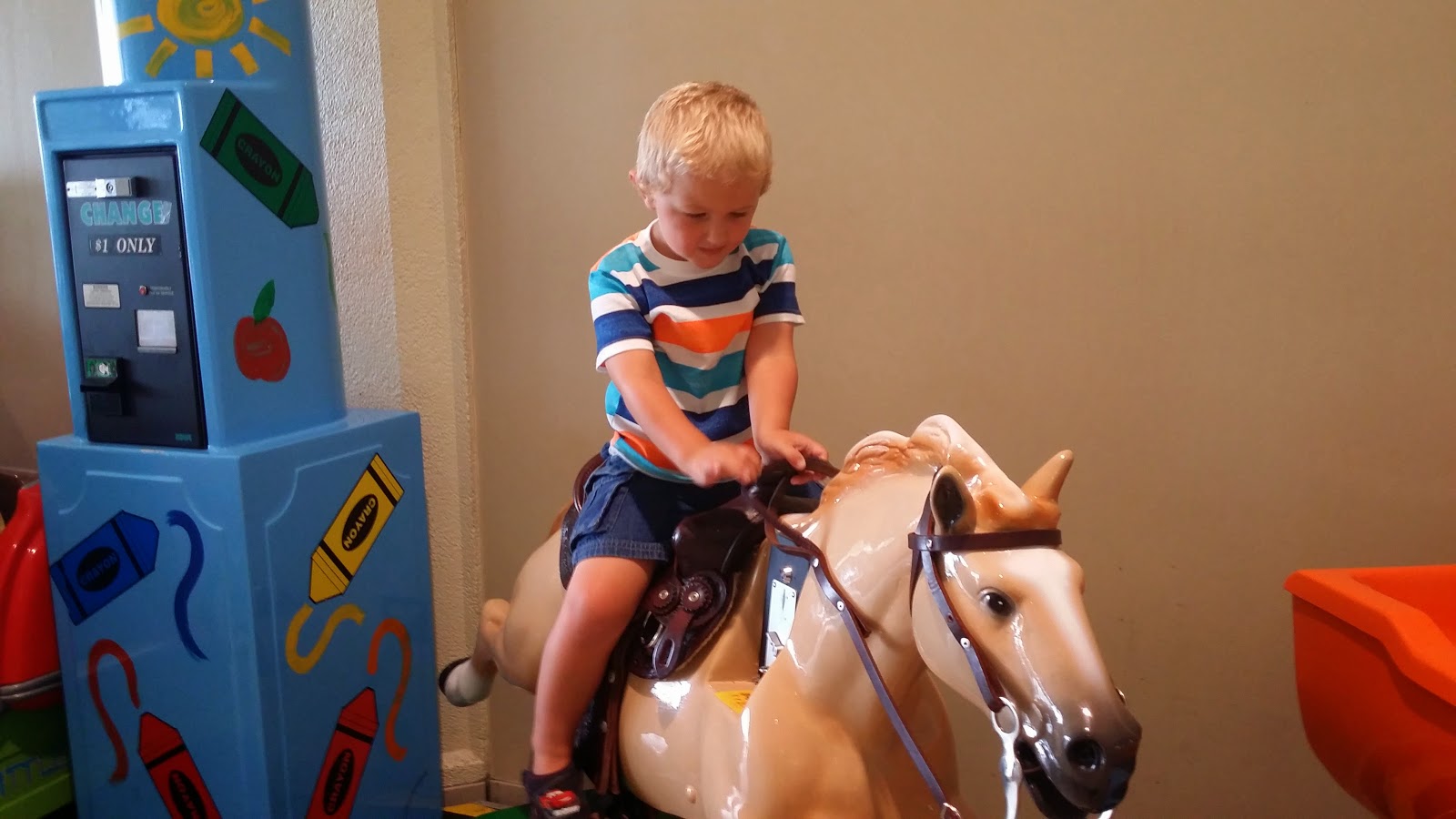 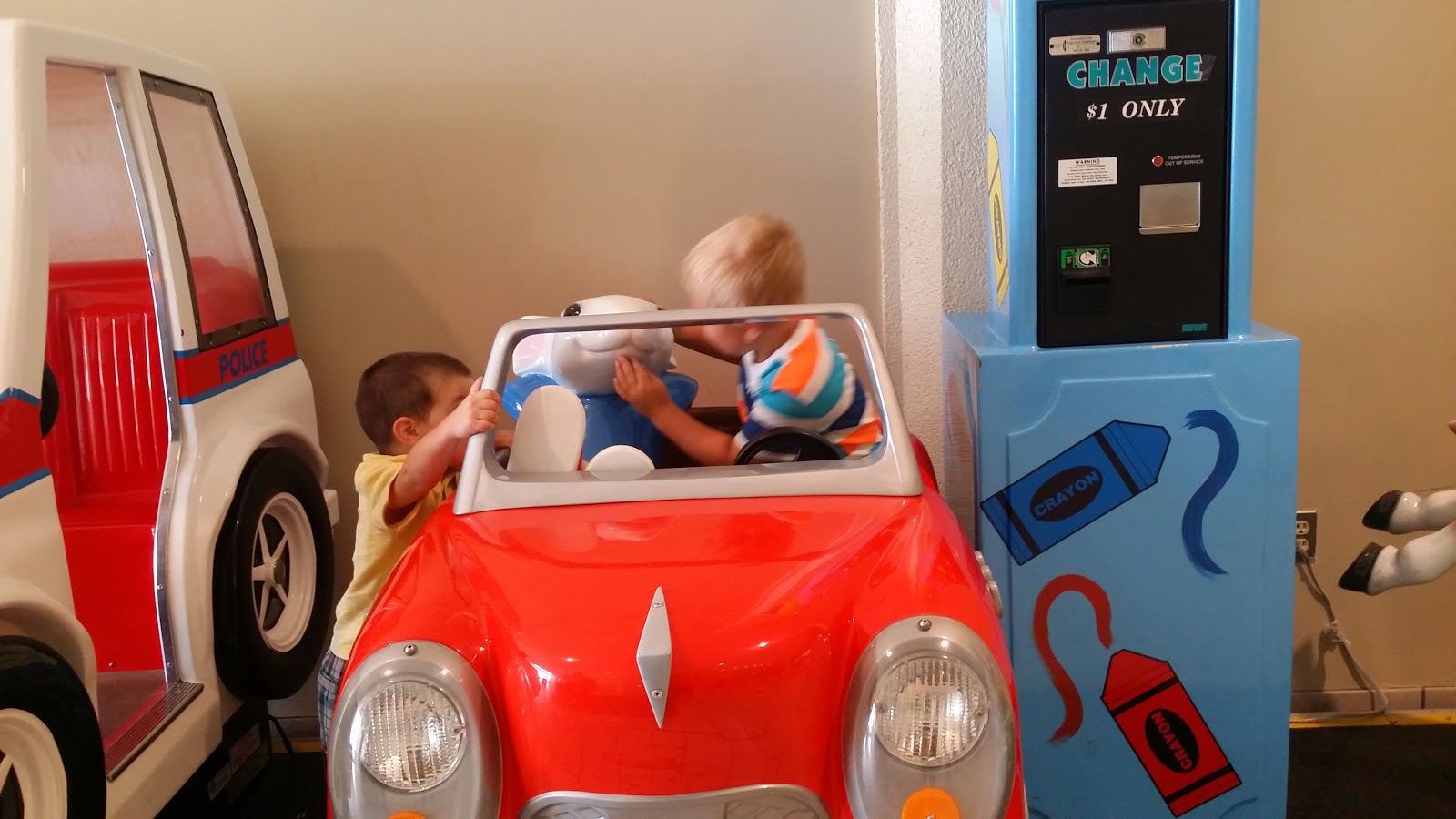 Dominic giving Stuart Little a kiss, and Christopher wondering why he couldn't fit in the car alongside Dominic. 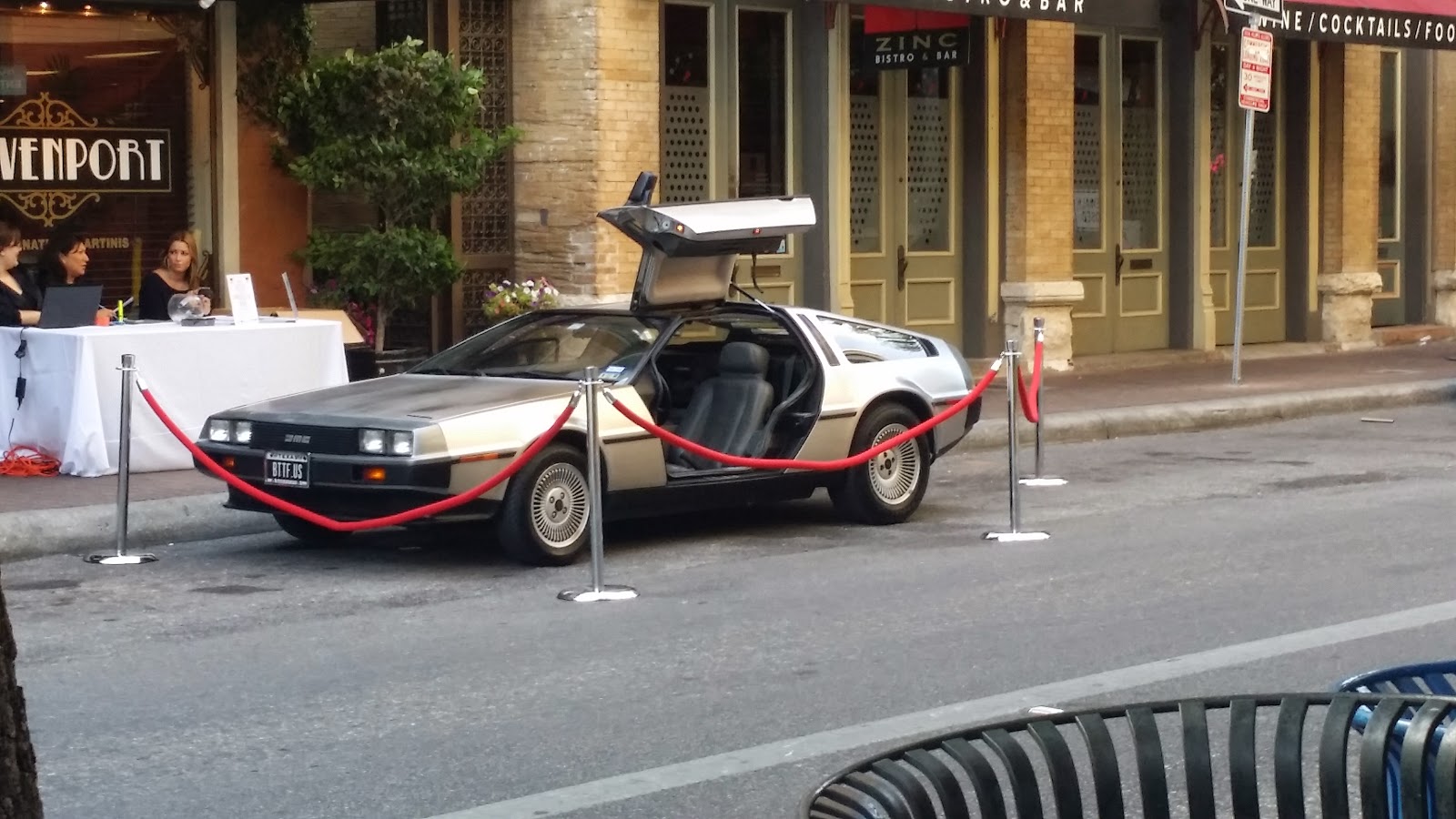 Then we went to Austin for a couple days. Initially our plan was to visit all of the splash parks, but Christopher suddenly hated them and it rained. A lot. So we actually ended up leaving Austin early. Also, I didn't plan well, and I didn't realize how far our hotel was from...everything. :-/ 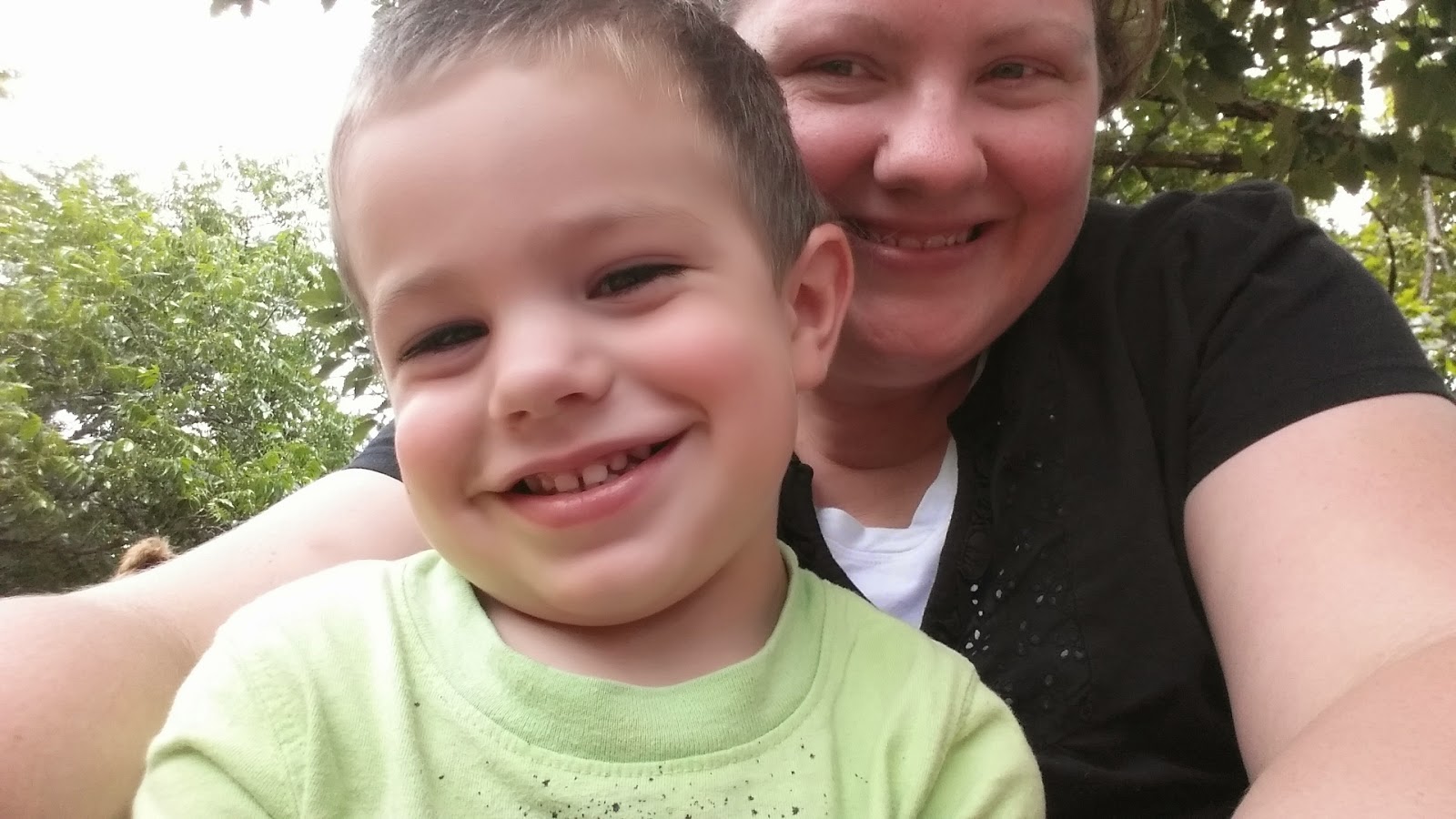 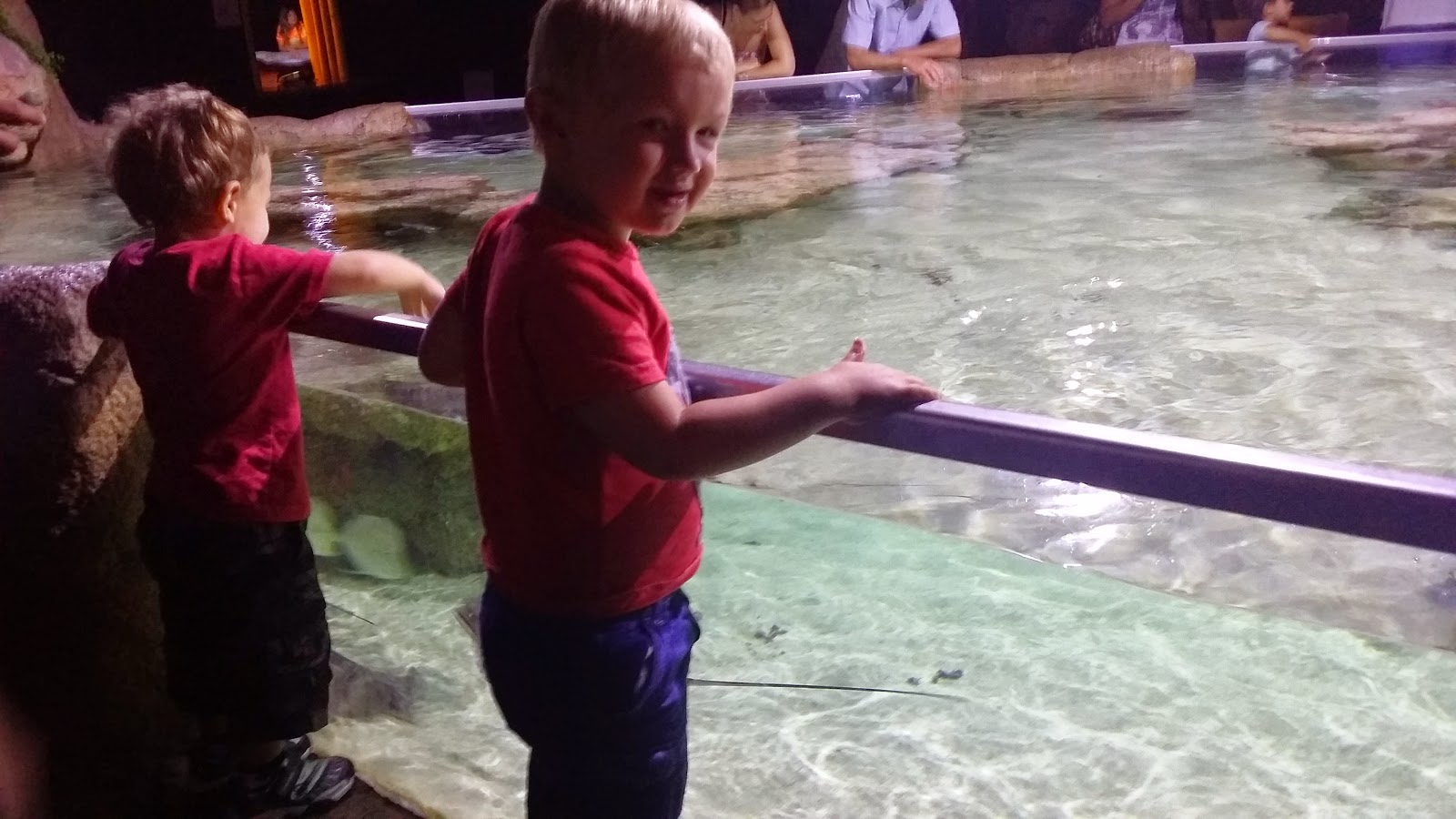 We visited Austin's aquarium. Honestly, I don't recommend it. It was crazy expensive and only a few rooms. This happened to be one of the good parts as Dominic was allowed to put his hand in and let the gold fish nibble on his fingers. Oh yes, you read that right, gold fish. I rest my case. 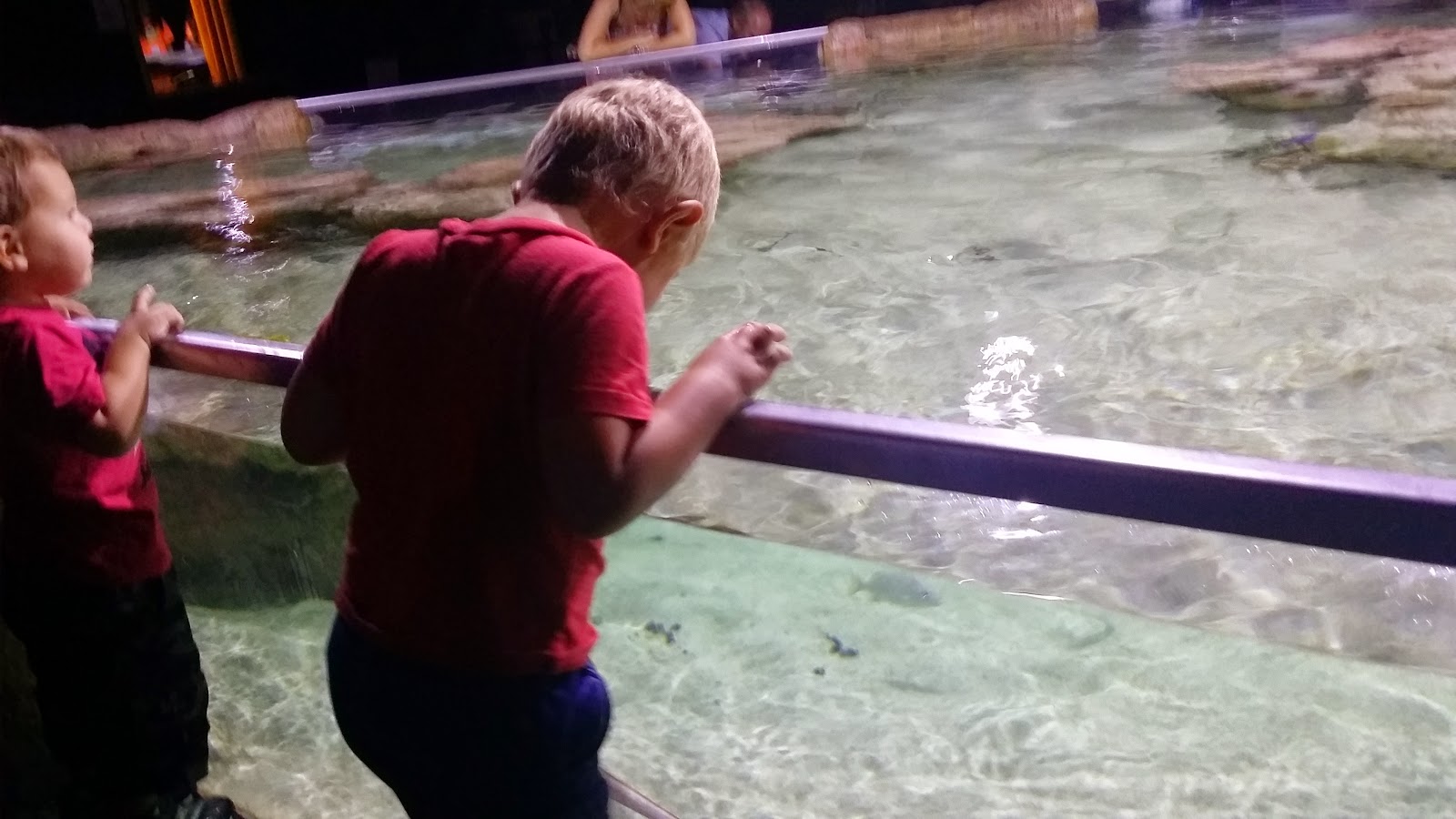 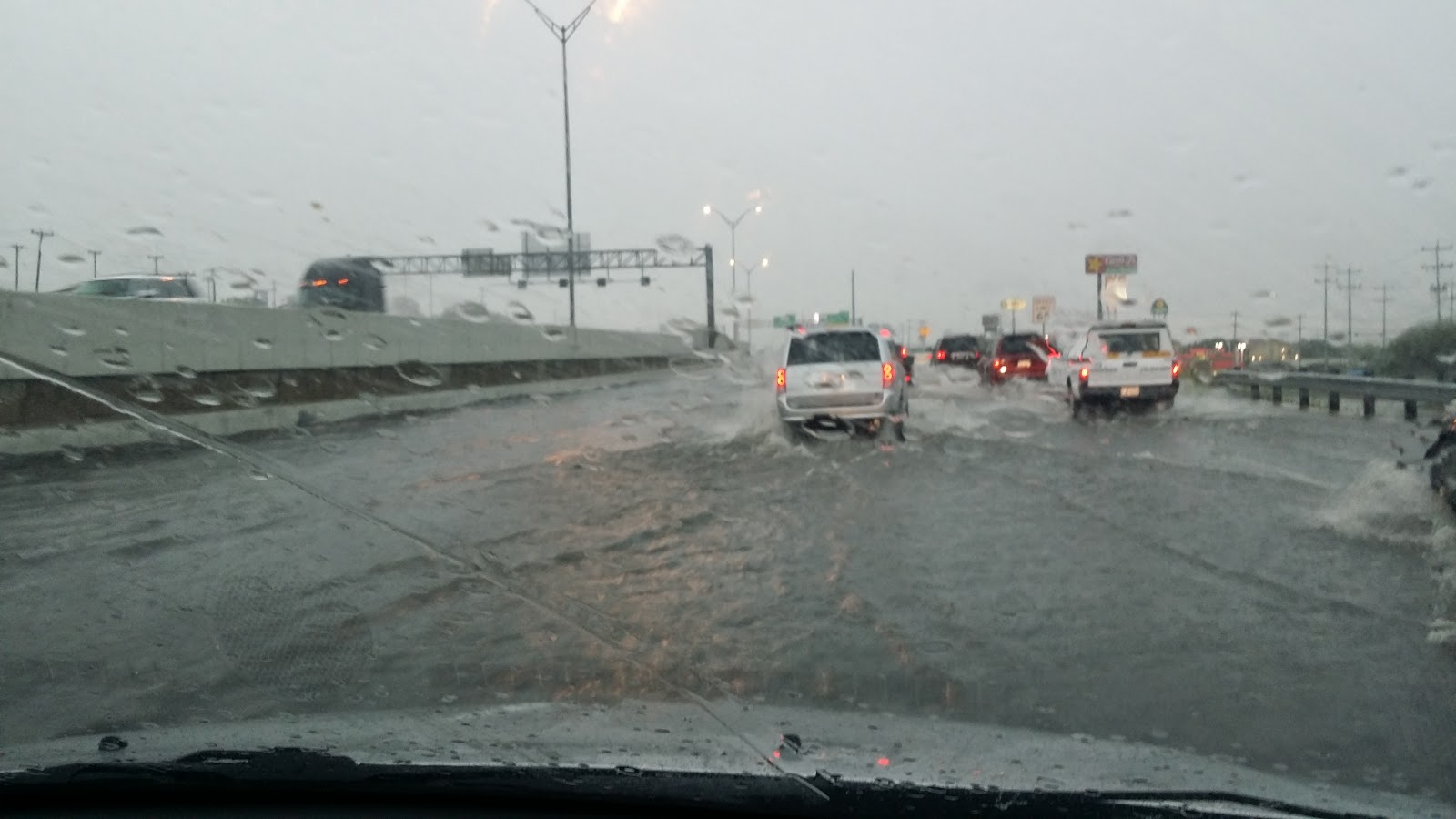 This was actually during the drive from San Antonio to Austin; the rain was really awful. 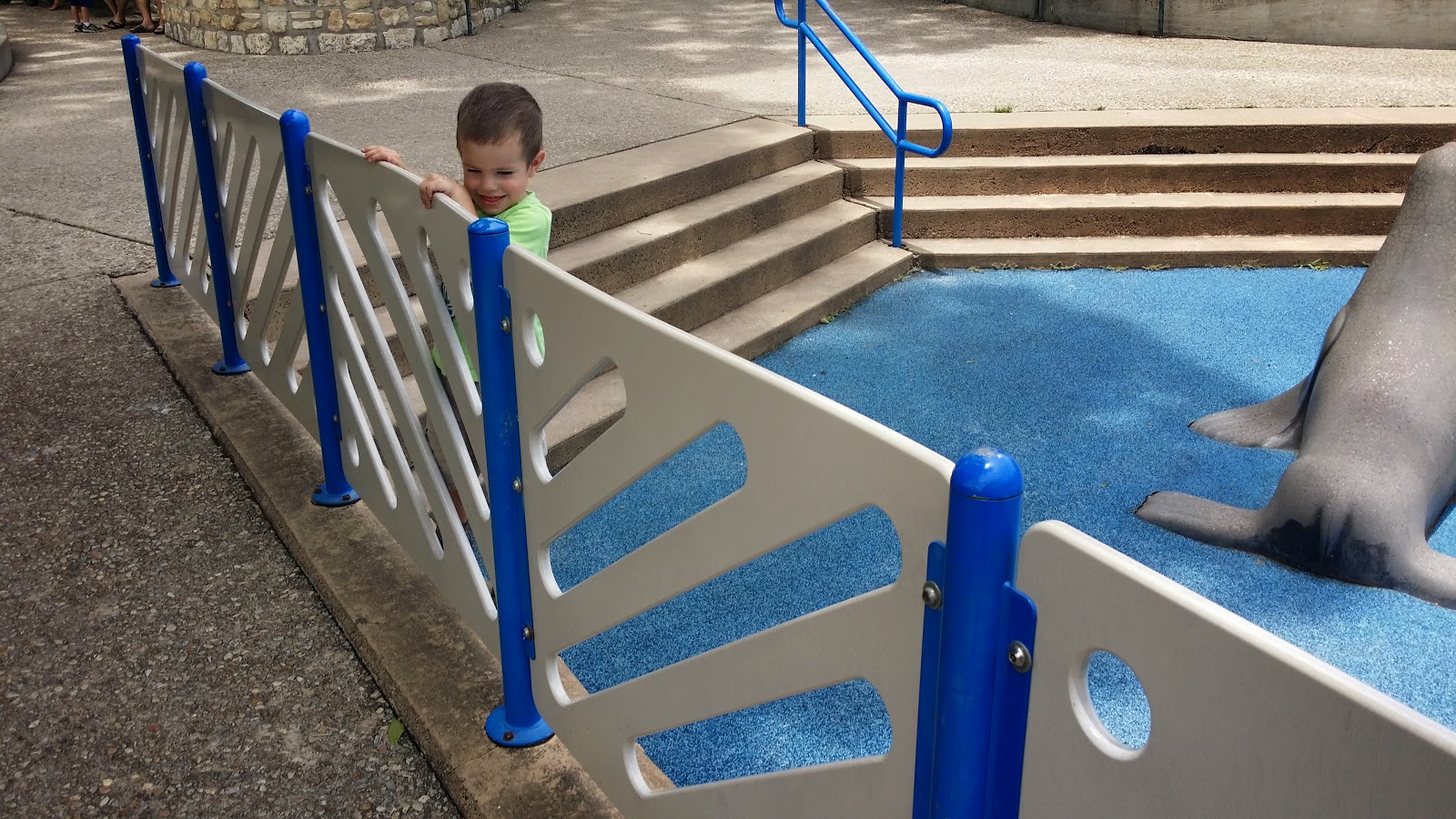 Christopher was perilously hanging on the ledge. 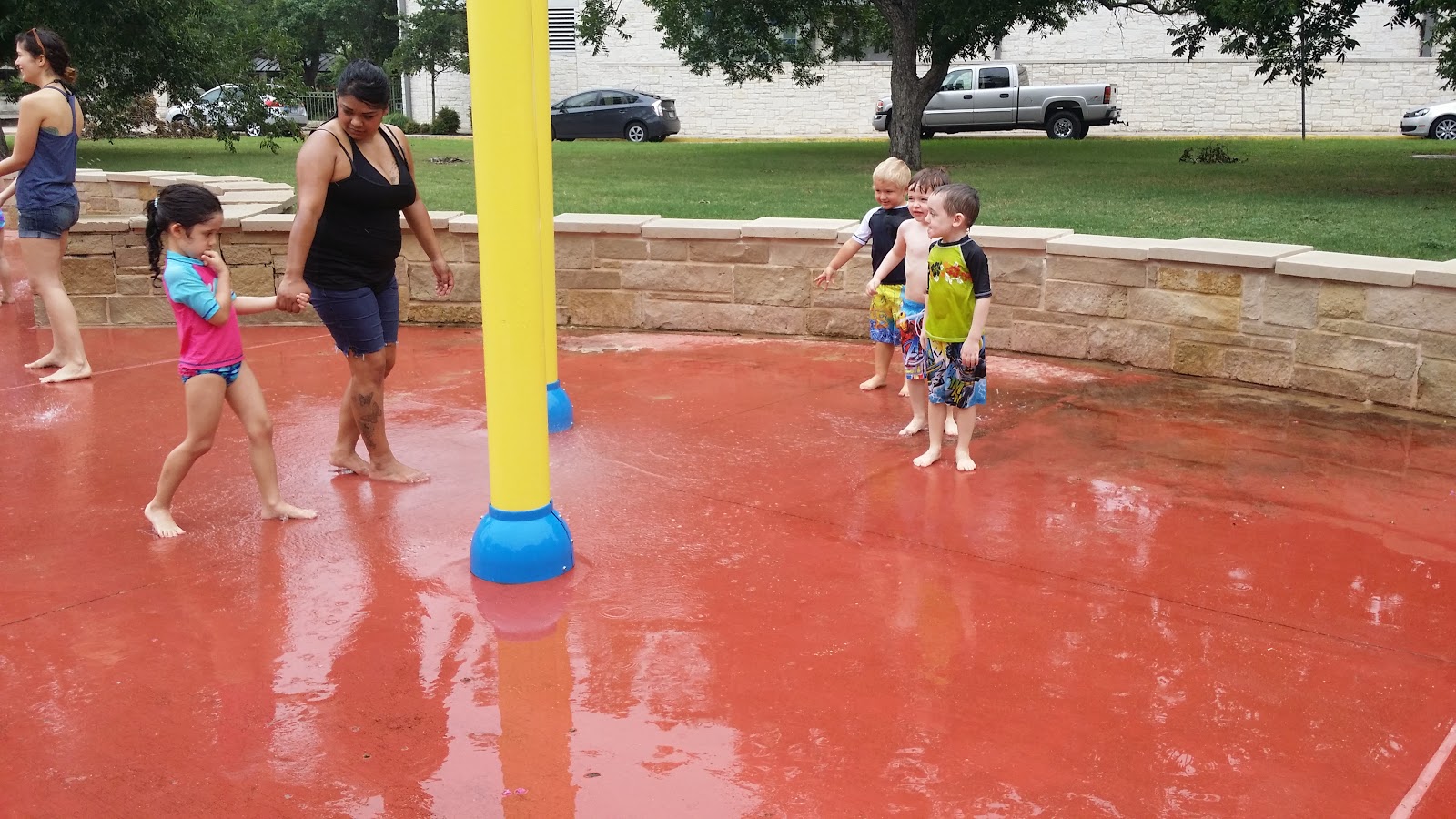 I think Christopher didn't like the splash park because there were too many kids. Dominic enjoyed the kids...even if they ignored him completely. 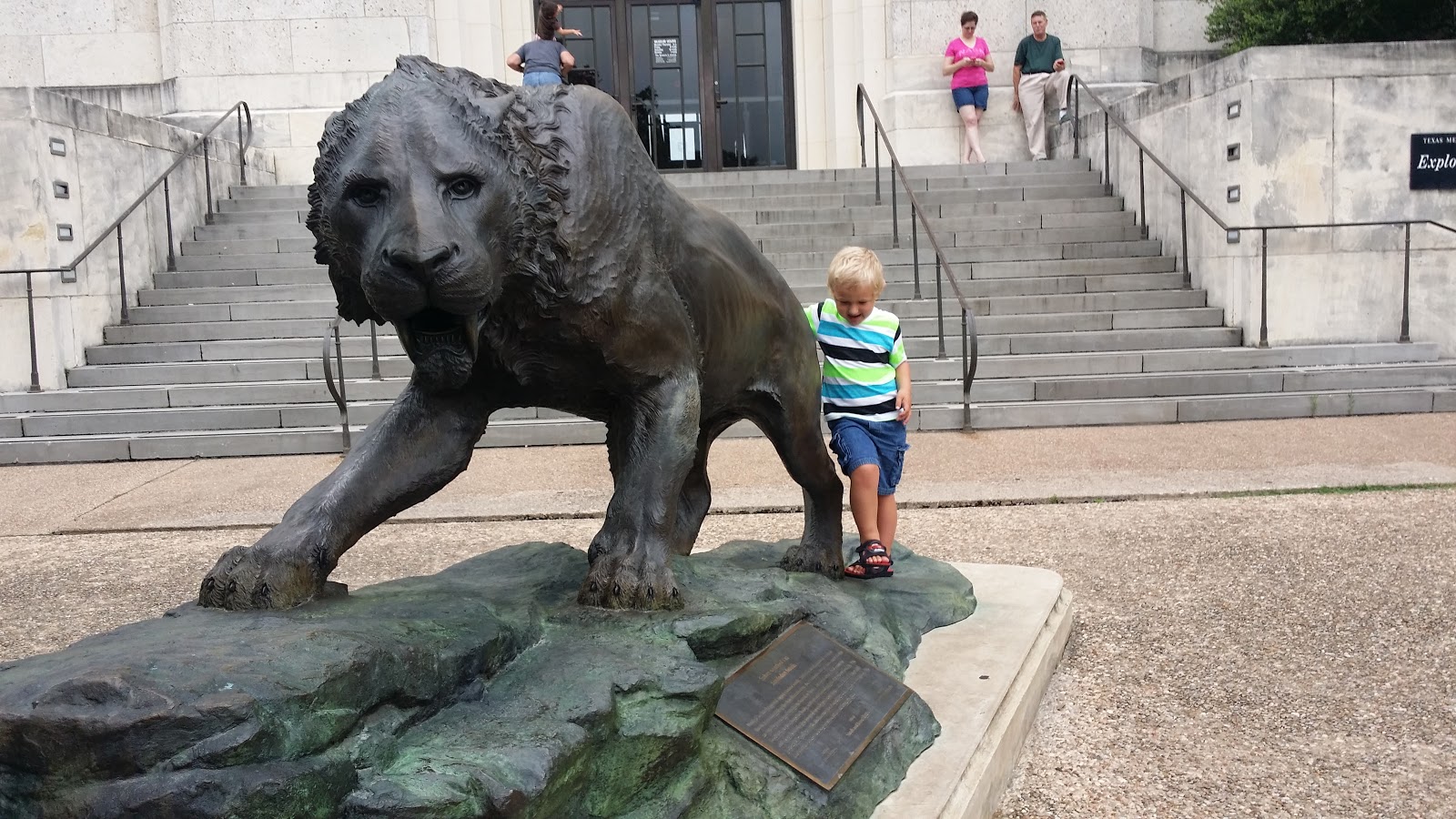 Dominic got up there and said "Diego!" This was outside a free museum that had dinosaur bones. A huge hit with Dominic. A stressful mess for Christopher. 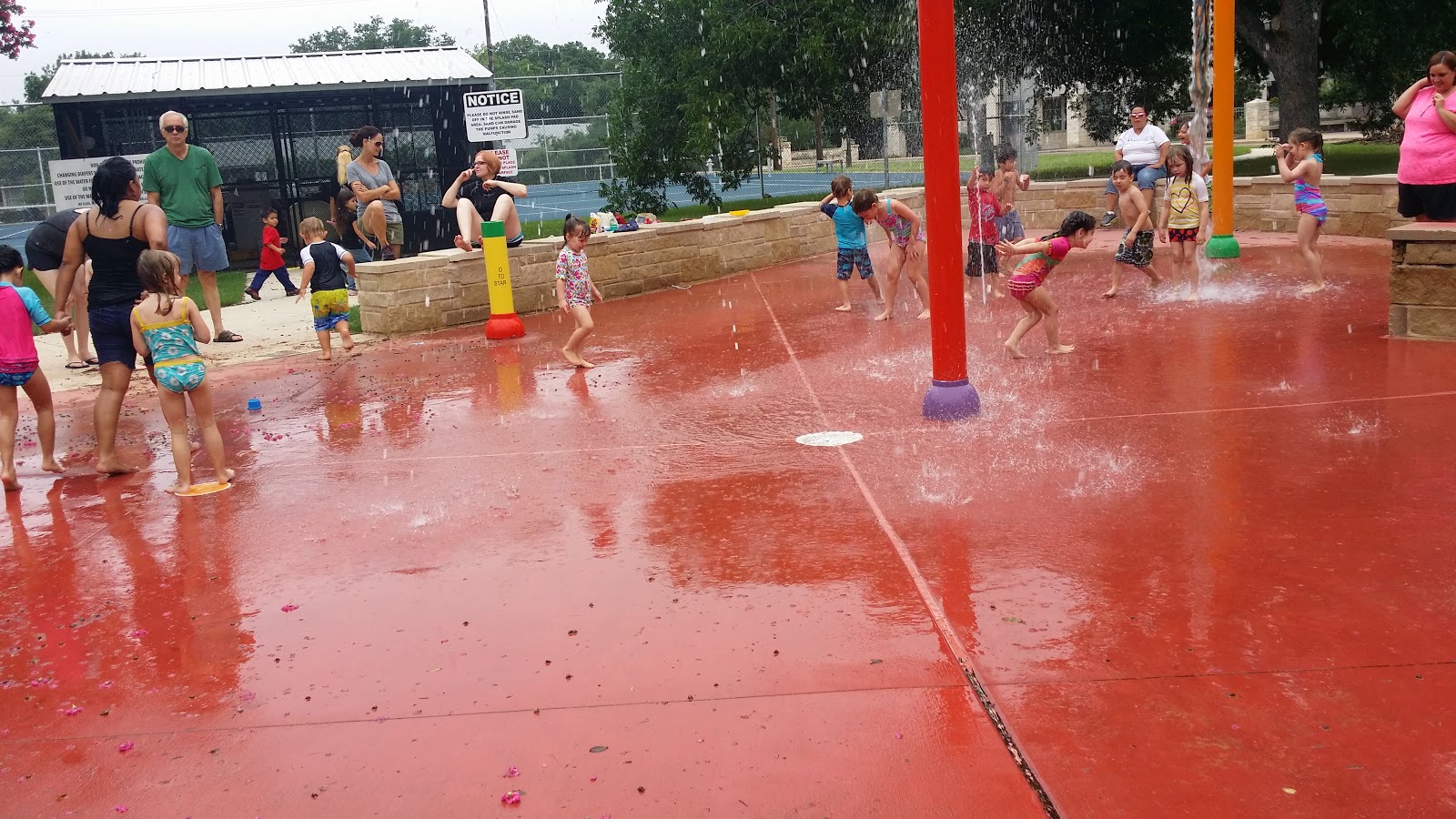 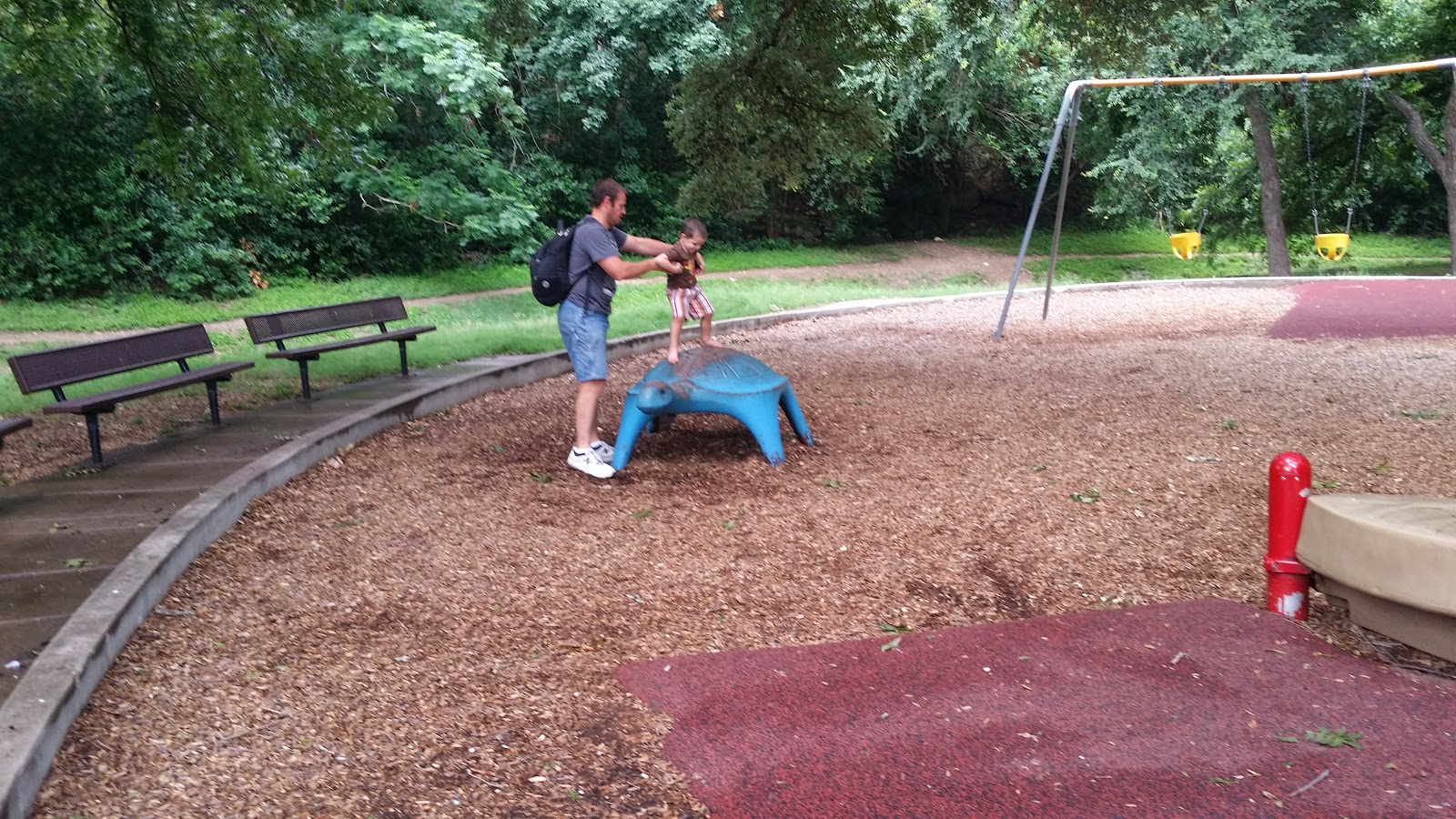 We actually got rained out here, but it was a great park. There were tons of great parks in Austin. You just had to pay to park at most, or drive 1/2 an hour minimum.

I'll leave you with these entertaining videos of the kids beating up SpongeBob.